As many reflect on last year's Kaikōura earthquake, some of the world's top earthquake scientists are using it as an indicator for the future. 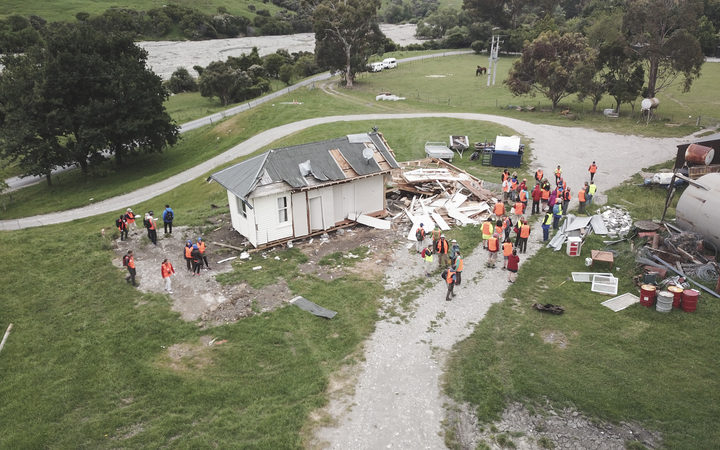 Several geologists from around the world travelled to the Kekerengu fault. Photo: RNZ / Richard Tindiller

More than 100 experts from 20 countries have joined New Zealand geologists in Blenheim to begin a workshop on active faultlines and ancient quakes in New Zealand.

They were taken yesterday in a convoy of buses through feverish roadworks on State Highway 1, and up remote shingle roads to view the damage on farms in Clarence, Kekerengu and the coastline at Ward.

New Zealand earthquake geologist and conference convenor Kate Clark told us the 10m incline the bus had just crawled up, was once a flat road.

But it was the sight of a leaning pine forest that triggered the most gasps from the scientists.

Daniela Pantosti from Italy was among them, and intrigued to find out why a smaller quake in her country just months earlier had done so much more damage. She said stone buildings in a seismically active location was a key factor in the scale of the fatal quake.

As many as 21 faults ruptured, shifting parts of the South Island 5m closer to the North Island. Dr Berryman said as we stood on the Papatea fault, the 10m upthrust confounded them.

"These large vertical displacements... well these are some of the largest seen in the world. What we're seeing on the Papatea Fault is truly 'up there' with what previous earthquake measurements have been."

Dr Berryman said it was possible that the particular fault behaved the way it did because of the interaction of "blocks" on either side.

"It's unusual, but it might be a secondary feature responding to what's going on around it." 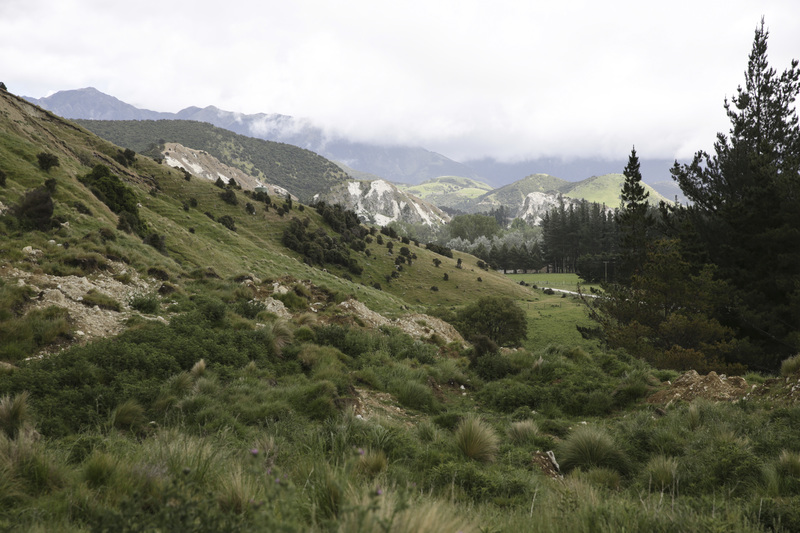 The landslips of the Middle Hills are still visible. RNZ / Richard Tindiller 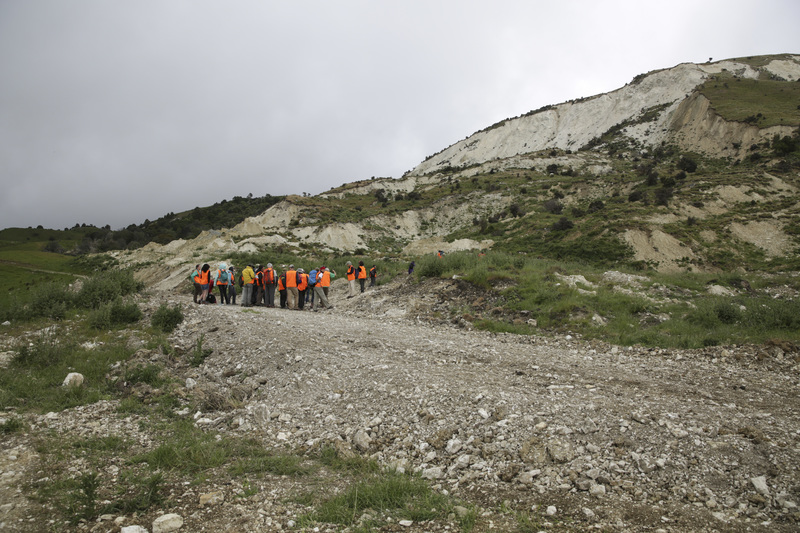 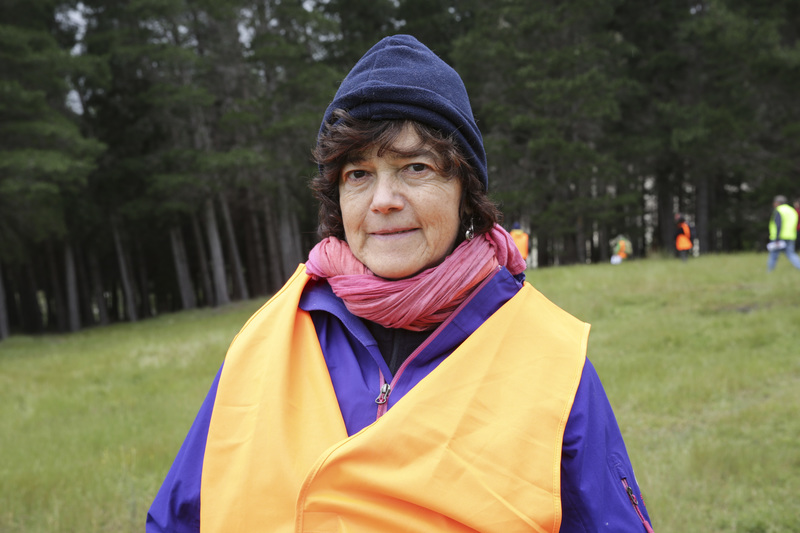 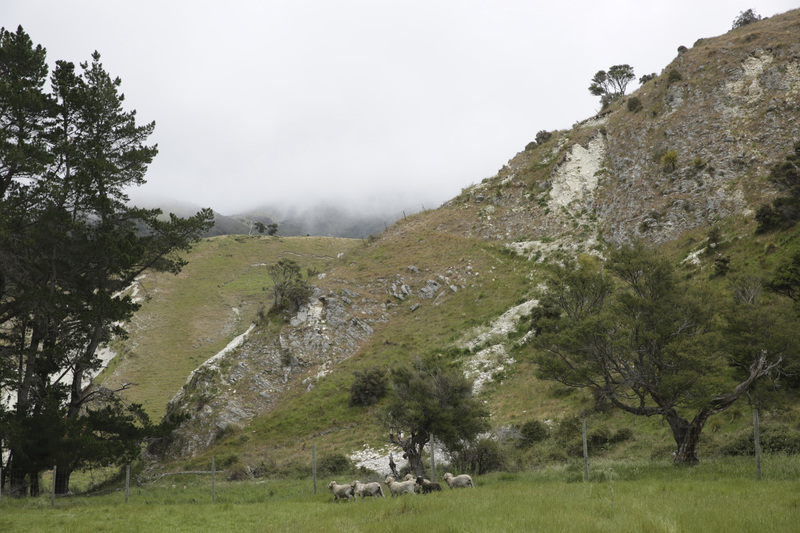 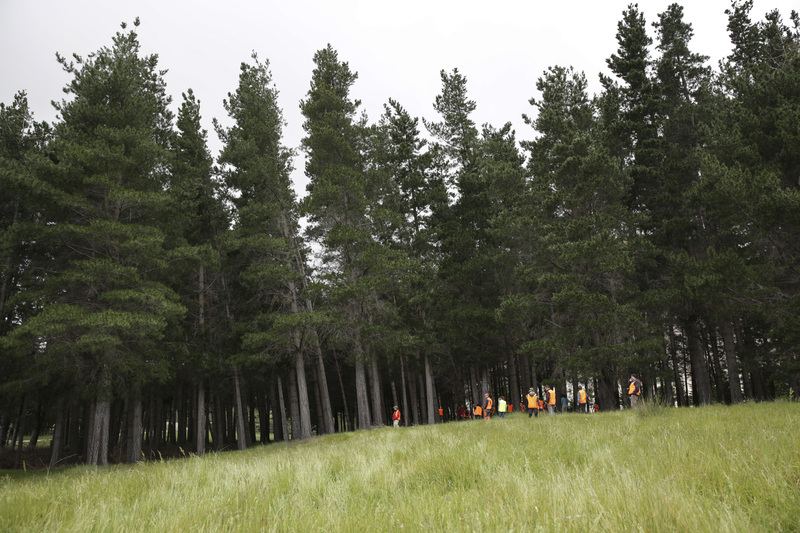 Trees have been curved by the uplifting of the land. RNZ / Richard Tindiller 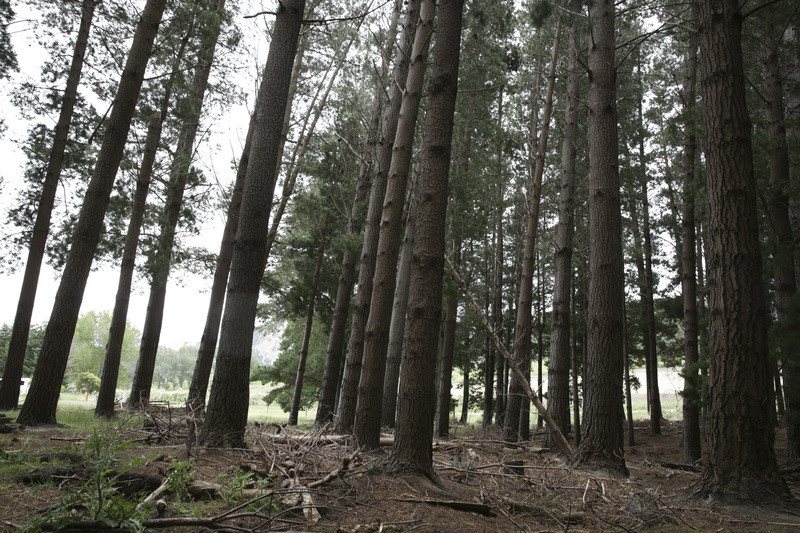 The earthquake elevated the land by 9 meters. RNZ / Richard Tindiller 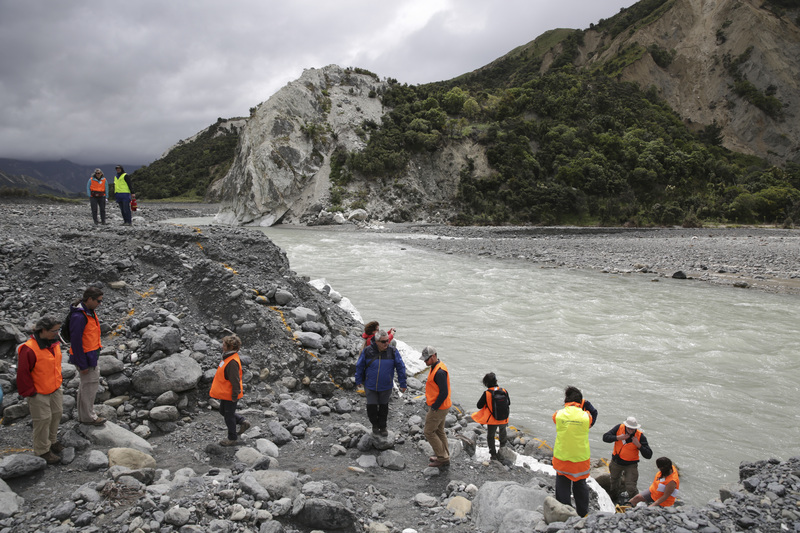 The river's shores have been uplifted 10 meters. RNZ / Richard Tindiller 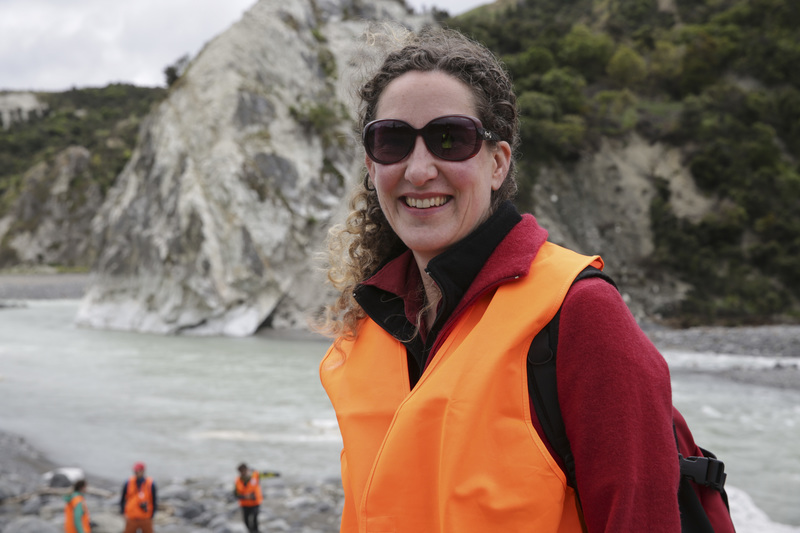 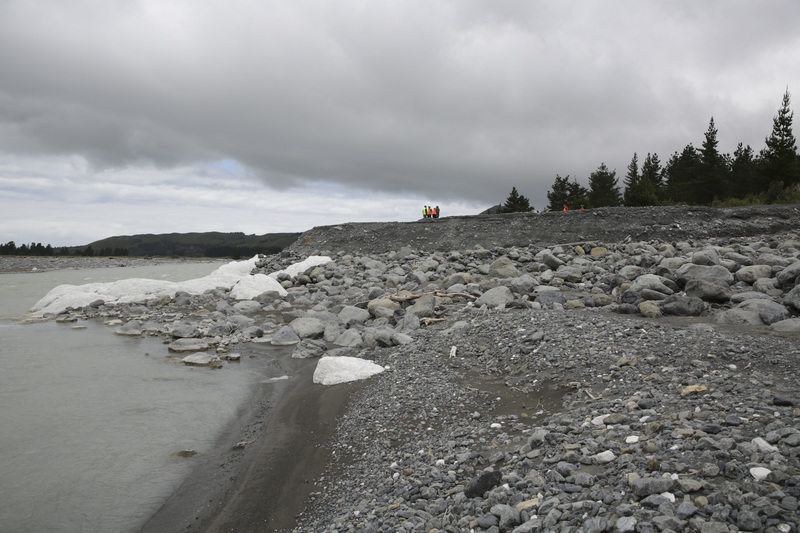 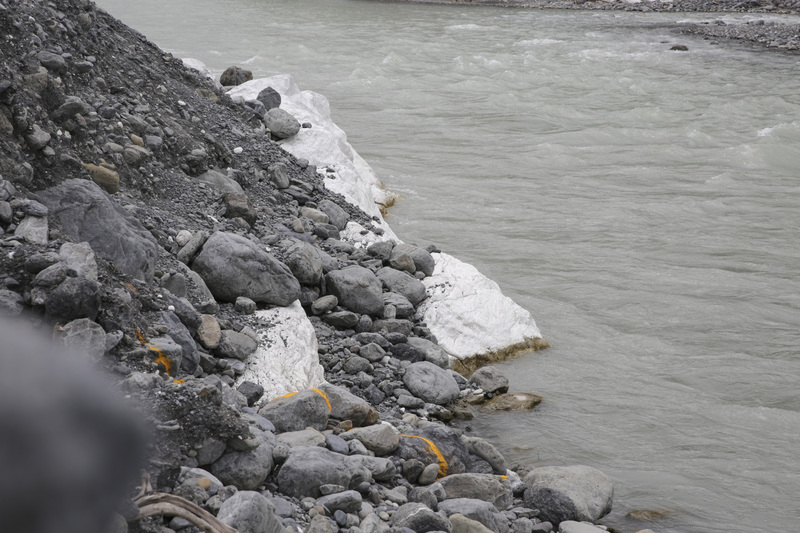 The white rocks, representing the fault itself were originally unseen but have been brought to the surface by the quake. RNZ / Richard Tindiller 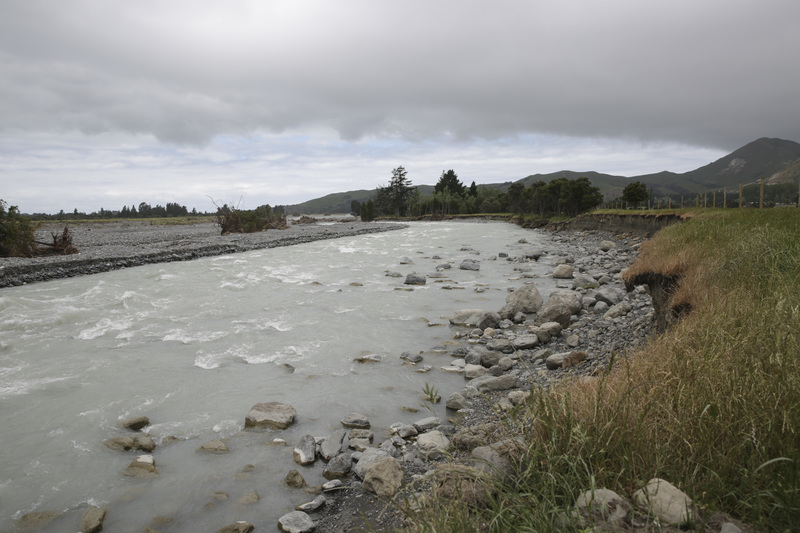 The uplifting changed the course of the river, which now erodes farmland. RNZ / Richard Tindiller 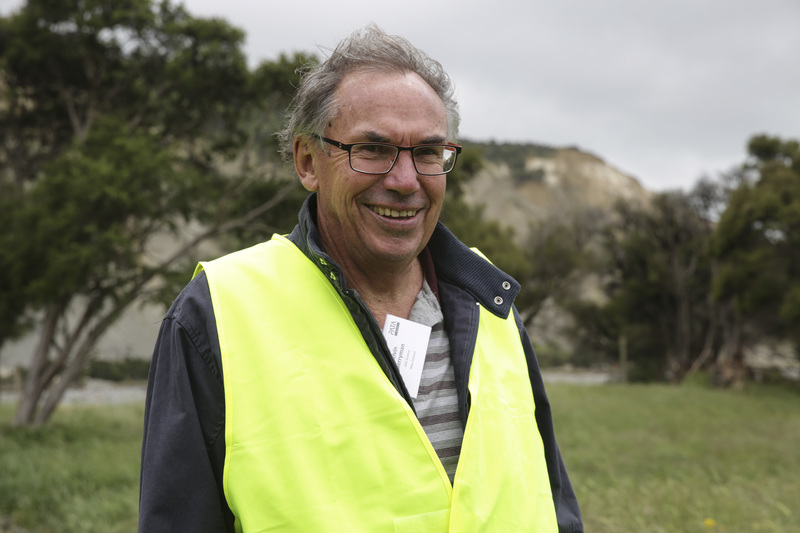 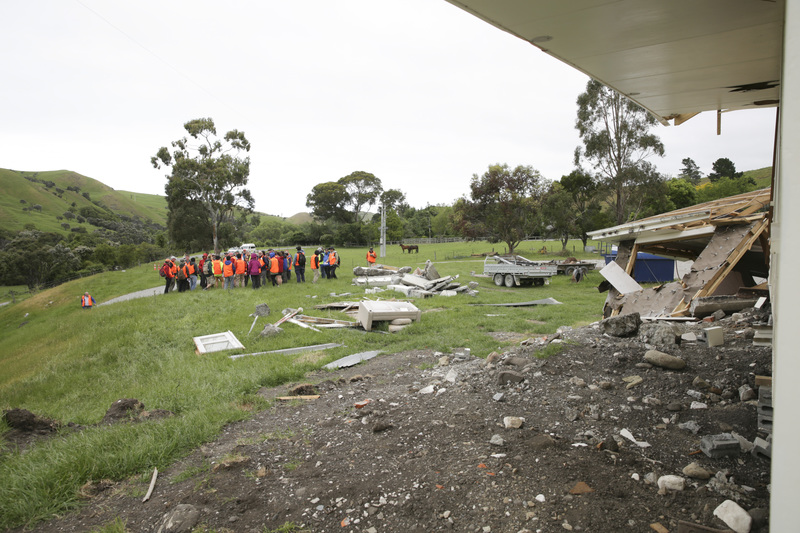 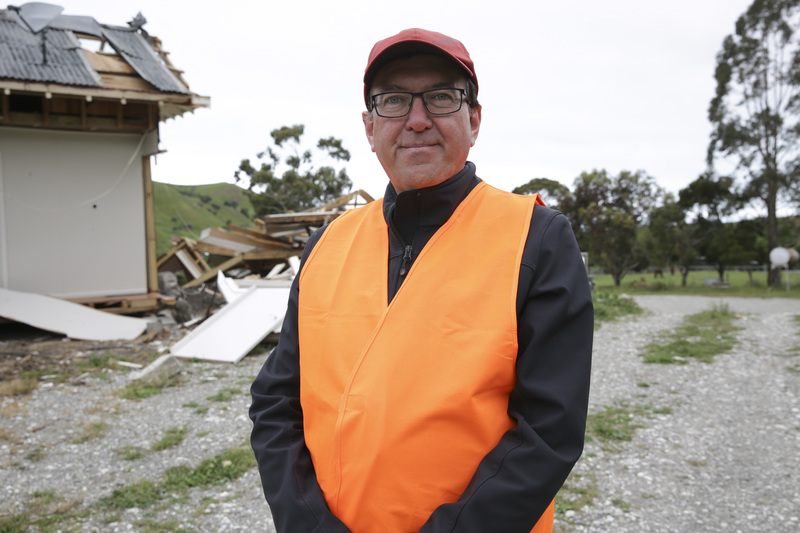 Several geologists from around the world travelled to the Kekerengu fault. 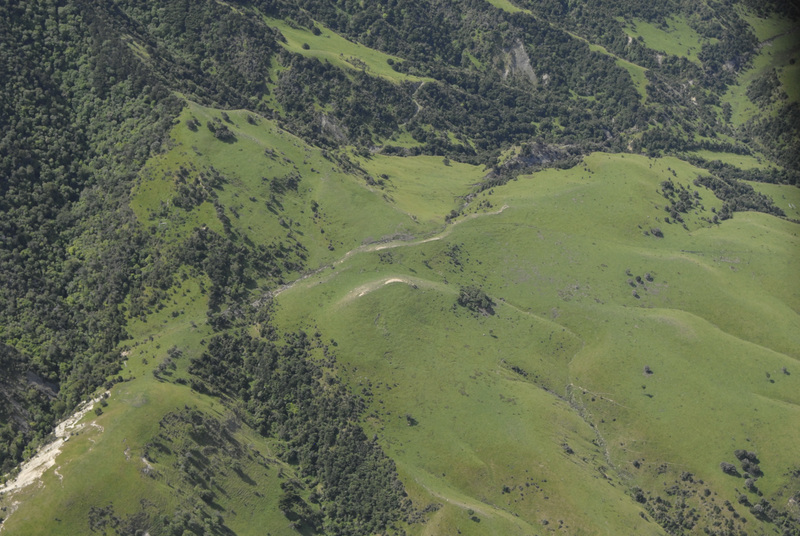 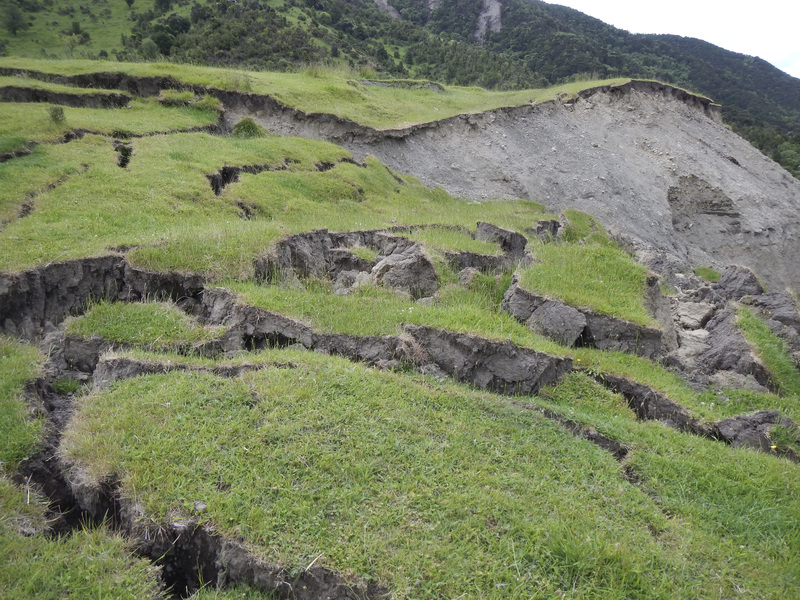 The conference was timed to mark 300 years since the Alpine Fault last ruptured.

Dr Caroline Orchiston of Otago University is also the science lead for Project AF8 - that's a reference to the size of earthquake the Alpine Fault could generate.

"Project AF8 is all about looking forward - knowing what we know about the Alpine Fault and the way it behaves. It's been exactly 300 years since the last event. The Kaikōura quake taught us a lot of lessons about the impact on people, on society and on infrastructure."

Dr Orchiston said those lessons were being used to form a response plan for a future Alpine Fault quake.

"There are scientists here at this conference who did the fundamental work on building that long record - the big picture over the last 8000 years on the fault. There's unequivocal evidence we know it's going to happen again."

Earthquake geologist Ursula Cochran said the last rupture - 300 years ago - shows today's scientists how far they have come, but also how much more they need to know.

She said every quake provided valuable learning, and it was important to mark anniversaries.

"Every now and then we need a little reminder about taking steps to be better prepared for the next one, and also to remember the people who are still struggling to get their lives back in order. It's so easy to forget when you live in different parts of the country.

Further down the road on Bluff Station, what is left of a workers' cottage straddles the Kekerengu Fault. Russ van Dissen of GNS gives a colourful account of what happened to the last resident a year ago. He said the man felt the jolt and went outside where he lay on the ground, watching the trees all around shake violently.

"And then he felt his right leg go up and his left leg go down... he reckons for about a minute."

Mr van Dissen said he managed to escape before the ground ruptured beneath him. He said the wooden home was an example of the wider conversation needed around how to build for a seismic environment.

"This cottage was built right on the fault but what was really good about it was it didn't collapse."

Ursula Cochran said rather than be afraid, be ready.

"There's no need to get really scared or worry about them (earthquakes) - it's more just pausing to take some time to think about 'what could I do better to survive one of these and to be able to live comfortably after an event like this."

The conference continues with talks and presentations in Ward and Blenheim.