Kaikōura farmers whose land has widespread damage are having to rely on water delivery from local fire trucks. 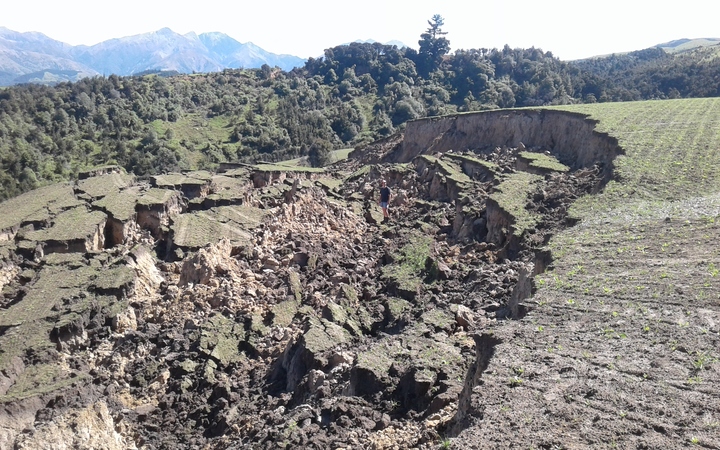 Farmers and authorities are thinking outside the box to get water to stock in earthquake effected areas of Kaikōura.

Fire trucks have been called on to get water into farms where troughs were not refilling because of the badly damaged water schemes, pipes and tanks.

Henry Pinckney is a sheep and beef farmer who lives off the Inland Road near Wandle Downs and, he said, they were taking all the help they could get.

"We've had fire trucks in giving us temporary relief for the water, they've been fantastic - they got all the way to the top of the hill in 4WD and took 10,000 litres up which was almost the impossible I thought.

There was widespread damage to his farm, he said. 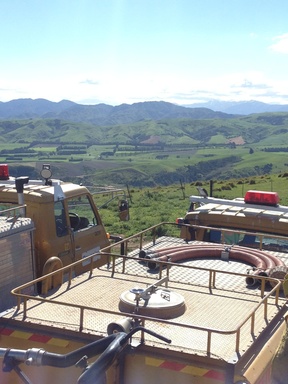 Fire trucks are called on to get water into farms where troughs aren't refilling because of the badly damaged water schemes, pipes and tanks. Photo: Henry Pinckney

"Some tracks are fairly stuffed and possibly won't be re-done. There are slips and you've just got to be careful of the safety for people, there's big cracks in the ground that could swallow a motorbike quite easily and you wouldn't see them.

"We've got cracks probably big enough to fit houses in in places, it's been quite phenonomal what it's done. Unfortunately we lost a little bit of stock down a crack that opened up and closed, but we did manage to recover a couple as well - it could have been a lot worse."

Mr Pinckney was worried about the environmental impact of the slips on his farm which were washing sediment into the river.

"Some of the blocks we're going to have to be really careful that we don't increase the slipping or if we can do anything to stop the slipping from weather events now that it's been opened up."