Monday's quake has hit the rural community hard, leaving farmers without power and affecting vineyards in the busy bottling period. 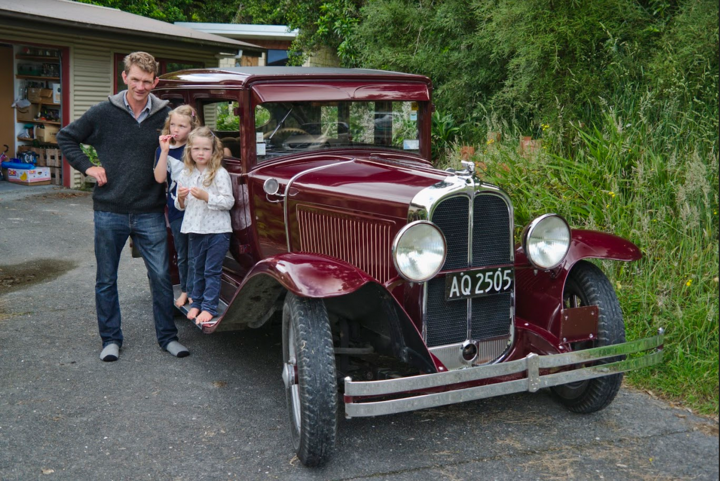 Kaikoura beekeeper Daniel Milne said his family came through the quake safely and their house and water supplies were intact.

They consider themselves very lucky, even though they aree cut off from the outside world.

Mr Milne said the family was sleeping in their campervan because the constant aftershocks were less scary for the children than staying in the house.

"There was one very big landslide. The whole side of the mountain has come down and there's been dust coming up from that continously all day yesterday. You can hear the rocks coming down. "

It could be weeks before he can assess the damage to his manuka honey business.

"My main concern is some of our hives are going to be totally on the ground and all apart. We went to one of our apiaries yesterday that had 40 hives and every single one of them was on the ground and pulled apart. I put them back together but the bees will be wanting to steal the honey from the other hives and its going to be chaos there.

"But really ourselves is the most important thing at the moment and looking after other people."

Vineyards affected in the lead up to Christmas rush

The earthquake has struck at one of the busiest times for vineyards in Marlborough and North Canterbury who are bottling wine for export.

Part of the land at Trevor Burkhart's vineyard in Blenheim that backs on to the Opawa River has slumped about a metre.

"There are big cracks through the vineyard, we've got to try and figure out how to fix that. The problem we've got with the vineyard is with ongoing spraying - you can't actually get the tractors in now."

New Zealand Winegrowers chief executive Philip Gregan said they had been in touch with all their members and as far as they can tell, everyone was safe.

"We've seen more vineyards affected this time than out of the Seddon earthquake. There's a lot of cleaning up going on, wine has spilled out of tanks and there is broken barrels and those sorts of things."

It's a bad time of year for delays, said Mr Gregan.

A farmer between Seddon and Ward said there were power lines down, big land slips and a lot of damage to farm water pipes and infastructure.

Doug Avery owns Bonavaree Station to the south of Blenhiem and helps struggling farmers with his Resilient Farmer support network.

"We've got major slipping here and there and we've got a lot of damage to our water infastructure which has eased a bit because of the amount of rain we've getting at the moment.

"The whole district is just littered with damage."

"We learned last time that every member of our farming team and family respond in different ways and in different stages. It's really important that those around just watch out for people that are not coping too well and help them re-establish their 'happy zone'.

"You've got to be careful to keep the sun up even when it's down."

Mr Avery said it was bad timing for his neighbour who had just finished repairs from the 6.5 magnitude earthquake in Seddon in 2013.

"She just finally finished putting up their hallway after the last one and finished painting it on Sunday, and she says it's now back to worse than it ever was.

"It's quite soul destroying when we all know how much work there is, we were well supported last time and grateful as hell - but then to face the job again is quite disheartening."