A farming group that has been helping earthquake-hit farmers says authorities have been frustratingly slow to reach remote areas. 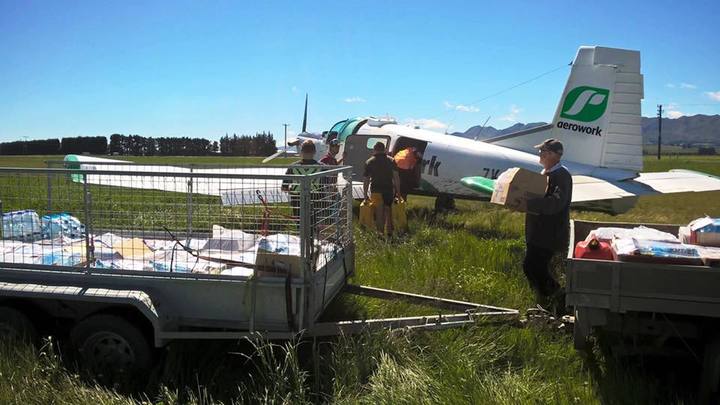 A plane is loaded up to get supplies out to farmers. Photo: NZ Farming Facebook

The NZ Farming Facebook group was started by 22-year-old Tyler Fifield and is now one of the country's largest farming communities with more than 100,000 followers.

Spokesperson for the group Duncan Humm said they had been using planes and helicopters to drop fuel, food and water into remote farms because road access is tightly controlled by Civil Defence.

Nearly $50,000 has been donated to the group's Give-A-Little page to help get supplies out to farmers.

He said the advantage of their informal group was that they could get out to people straight away. 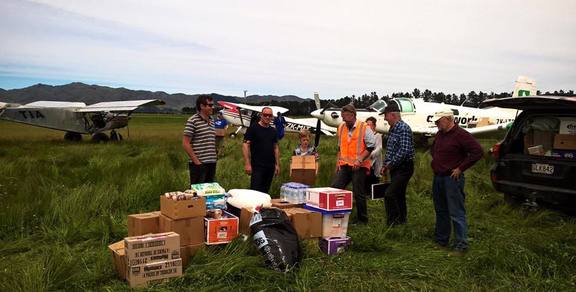 Earlier this week, through an earthquake Facebook page, Mr Humm found a farmer south of Waipapa Bay at Nin's Bin who was desperate for supplies - so he immediately sent a plane to them.

"By the time I got in touch with them (the farm) we had the plane landed on the road and Ed was already unloading supplies. I think it was 30 minutes from when I saw the post to when we had a plane there.

Mr Humm said he didn't want to be negative, but the authorities have been pretty slow.

"Most of our volunteers that are on our team and helping are 'get the job done' sort of people and we can make things happen really quickly. Everybody else is just a bit of a slow moving... trying to think of a polite way to put it... but yeah the pace just isn't quick enough to do something timely."

It had been frustrating, said Mr Humm.

"When there's people that need help, people just seem to be a bit too caught up on the process and working with the process as it's rolling, but it's not really working that well to be honest in our eyes."

Mr Humm said they were worried about what happens once the initial clean up phase was over.

"The concerning thing is that up until now everyone has been running on adrenalin on those farms.

"They've definitely been keen to see us - probably more important than the supplies we are dropping off is just seeing someone turn up and actually ask them how they are, the mental boost is quite massive."

The next step in helping farmers was unclear. "Everything is changing so quickly day to day that we've just got to tell everyone, and tell ourselves, to be patient because it's a bit of a moving target as to what's to be done next."