By Coen Lammers*, in Moscow

All roads lead to Moscow, wrote Leo Tolstoy in War and Peace. 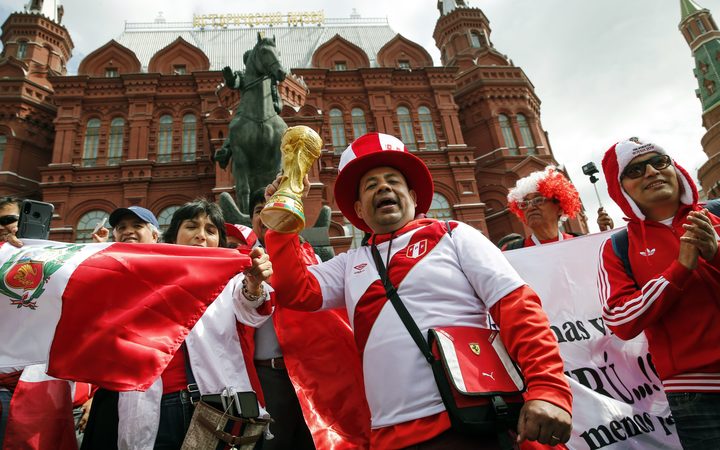 Planes are queuing on the runways of the three airports servicing the city, bringing fans from all corners and distributing them around this vast nation.

When Russia was awarded the 2018 World Cup, many critics feared that the size of the country would deter visiting fans from following their teams, but the streets of Moscow tell a different story.

The 2.5 million available tickets were oversubscribed and the stadiums are packed to the rafters with supporters from every nationality.

Contrary to Brazil in 2014, where the locals dominated the crowds, the locals only make up half the crowds in Russia, with 54 percent of the tickets being distributed to international fans.

And despite the tournament being hosted in Europe, the current tense political climate surrounding Russia may have discouraged many Europeans from travelling.

Instead, this World Cup is dominated by passionate, cheerful and noisy fans from South America.

Walking through Red Square almost feels like attending the Copa America, the South American championships, with hordes of Columbians, Brazilians, Mexicans, Peruvians, Argentinians and Uruguayans trying to win the battle of the chants. 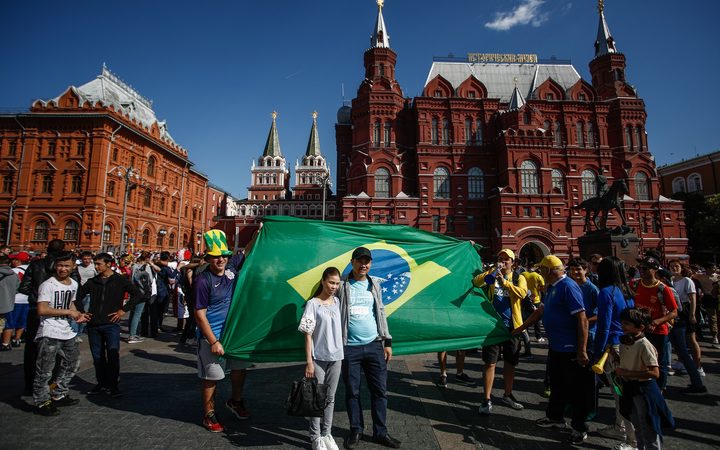 Over 60,000 tickets went to Mexico, while most of the 90,000 tickets sold in US are also thought to be snapped up by expat Mexicans.

"Everybody in Mexico wants to be here, but only a few of us were lucky enough to get a ticket," Gabriella Alvarez said.

Ms Alvarez travelled to Russia without a ticket, but said that the FIFA Fan Fest was almost as good as the being at the matches themselves.

"There are thousands of us here without a ticket, but that does not stop us from partying, especially after beating Germany," she smiles from underneath her enormous sombrero.

Wellington got a small taste of the red and white Peruvian wave during the play-off match against the All Whites in November but in Russia that fanatical support has gone to another level.

They may be smaller in numbers than some other countries, but every Peruvian in Russia is making their presence felt around the streets, on the metro, in the restaurants and in the stadiums.

Last weekend, a Peruvian invasion took over the city of Saransk and despite their unfortunate defeat to Denmark, the cheerful bunch from Lima left a lasting impression in this small provincial city, not much bigger than Wellington. 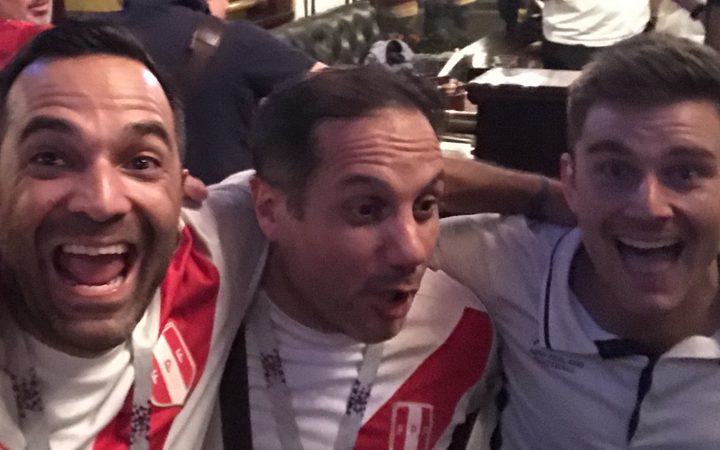 A handful of New Zealanders are also enjoying the South American carnival, including Matt Fejos, the founder of the Flying Kiwis football supporters group.

The Tranmere, England-based Fejos was disappointed the All Whites did not make the World Cup, but watching the Peruvian fans in Russia, had softened that blow slightly.

"You can really sense what it means to them to make the World Cup after 36 years. In a way, I think they are much more passionate about their team than New Zealanders are about any of our sporting teams," said Fejos, before being hugged by a group of over-friendly Peruvians.

The large numbers of fans supporting their teams can also be felt in the stadiums where the singing and dancing in the stands is simply infectious and quite different from the previous World Cup.

In Brazil, the stadiums were filled with locals and neutral spectators, giving many games an atmosphere of an exhibition match.

Four years later, every shot, save or foul is welcomed by a wall of sound from either end.

That passion for the beautiful game, the surprising results, and the endless street party have already turned this World Cup into one to remember.