World Cup assistant referees have been told to keep their flag down for tight offside calls to enable VAR to make the correct decision. 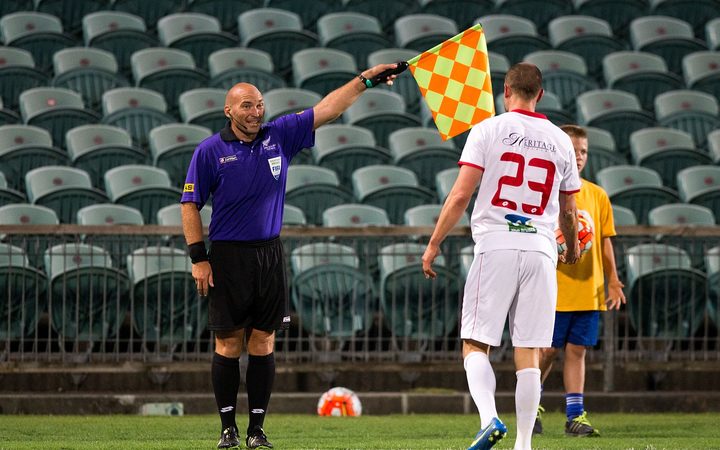 Russia 2018 will be the first FIFA World Cup to use the video assistant referee system.

"If you see some assistant referee not raising the flag it's not because he's making mistakes," said Fifa referees chairman Pierluigi Collina.

"It's because he's respected the instruction to keep the flag down."

"They were told to keep the flag down when there is a tight offside incident and there could be a very promising attack or a goal-scoring opportunity because if the assistant referee raises the flag then everything is finished," he said.

"If the assistant referee keeps the flag down and the play goes on and maybe a goal comes at the end, there is a chance to review the goal using the technology."

Fifa president Gianni Infantino confirmed in March that VAR would be used in Russia, having been used in Germany and Italy and trialled in in some domestic English cup games last season.

The VAR - a current or former top referee - is in place to check decisions on four sorts of incidents:

The referee can accept the information relayed through his earpiece by the VAR team, an option usually reserved for objective calls of fact, such as if a player is offside.

For more subjective decisions such as red cards and penalty-area fouls, he can review the footage on a pitchside television monitor before deciding whether to change his initial call.

Replays of incidents reviewed by the VAR will be shown on big screens during the World Cup and the crowd will also be told when a decision is being reviewed and why a decision has been reached.

However, the replays will not be shown inside the ground while the referee is making a decision, only afterwards, so the official is not influenced by the crowd.