Russia has refused football World Cup accreditation to a journalist specialising in investigations into illegal doping whom German public television had asked to include on its team covering the upcoming tournament.

The broadcaster said Seppelt had been declared persona non grata, barred from entering Russia, in response to its request to accredit the journalist, who has reported on doping scandals in Germany, China and Kenya as well as Russia. 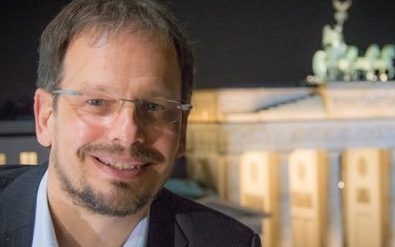 The refusal of accreditation to report on a major sports event was "unique in the history of ARD's sports journalism," the broadcaster said, describing the refusal as an "unheard-of violation of press freedom".

The Organising Committee for the World Cup in Russia and Russia's Ministry of Foreign Affairs did not immediately respond to request for comment.

The Russia-hosted World Cup begins next month after a series of doping scandals in recent years that led to scores of Russian athletes being barred from competition at major international events and the suspension of several Russian sports federations.

The press freedom organisation Reporters Without Borders condemned the refusal of accreditation, which it labelled a political response to Seppelt's investigation into Russian doping.

"The case shows that sport and politics cannot be separated," said Reporters Without Borders director Christian Mihr, urging FIFA, soccer's world governing body to lobby for the ban to be overturned.

The International Olympic Committee issued a ban, later overturned, on Russian participation in the 2018 PyeongChang Winter Olympics after finding evidence of an "unprecedented systematic manipulation" of the anti-doping system.

Russia was reinstated after tests of the country's athletes at the PyeongChang Winter Olympics were all returned negative.