Epsom may have been an ACT Party stronghold since 2005, but last night, the public got a chance to hear from the candidates up against David Seymour in the country's wealthiest electorate. 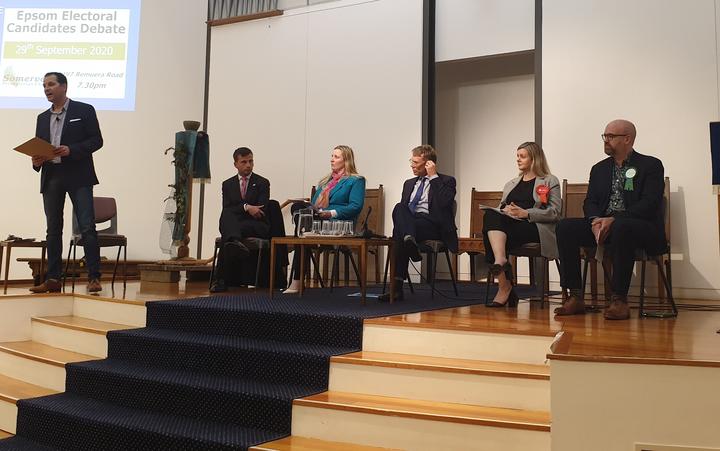 National's Paul Goldsmith, Camilla Belich from Labour, the Greens' Kyle MacDonald and Faith-Joy Aaron from Advance NZ squared off against the ACT leader in the Epsom electorate debate at Somervell Presbyterian church in Remuera.

At less than 20 square kilometres, the Epsom electorate is the smallest - and wealthiest - in the country. It's been held by Seymour since 2014 and before that, former ACT leaders John Banks and Rodney Hide.

Right from the start of the debate - in front of about 100 people with physical distancing in effect - Seymour stamped his authority on the evening.

Asked what the most important issue in the electorate was, most of the candidates explained their party's Covid-19 response, but Seymour talked about the housing, transport and education issues in Epsom.

He singled out water quality issues at Hobson Bay and the "onset of crime" in Newmarket and Parnell that came from people being housed in temporary accommodation.

The discussion moved to how the candidates' parties were preparing for the new post-pandemic reality, with the most memorable reply being Aaron's first remark: "Advance NZ is not a conspiracy theory party".

For the first half of the debate, it was a subdued affair with few interjections or rebuttals. Seymour and Goldsmith got stuck in a discussion over the economic response to Covid-19.

Goldsmith was asked about National's deal in Epsom, which has long meant National supporters are encouraged to vote for the ACT candidate to ensure the party gets back into Parliament - regardless of whether it gets more than 5 percent of the party vote.

On Monday, the latest 1 News-Colmar Brunton poll put ACT on 8 percent, meaning it does not need to win Epsom to get back in - and National on 33 percent.

But Goldsmith said the message remained the same: "The party vote is the thing that counts and that's what we're focused on".

The debate changed gears as the candidates were asked questions from the floor covering issues including the cannabis referendum and mandatory vaccines.

Here was also where candidates shared more of their own views rather than party lines.

MacDonald had time to shine while speaking about concerns about the cannabis referendum.

"I think we need to be careful to make sure it isn't commercialised ... and that we don't allow what has happened with alcohol where there is lax regulation."

He would vote yes.

Belich said she would be concerned about the impact of cannabis on smokefree environments. "What I wouldn't want to see is an underground market for younger people to use cannabis with high THC levels."

Goldsmith would vote against it, saying he was concerned about youth mental health and cannabis use having a detrimental impact on workplace safety. He also suggested New Zealand wait and see how a similar situation was playing out in Canada.

"Lets give it five years and we'll see how it works out."

Aaron didn't say which way she'd vote, but said her party believed decriminalisation was the best route to take. 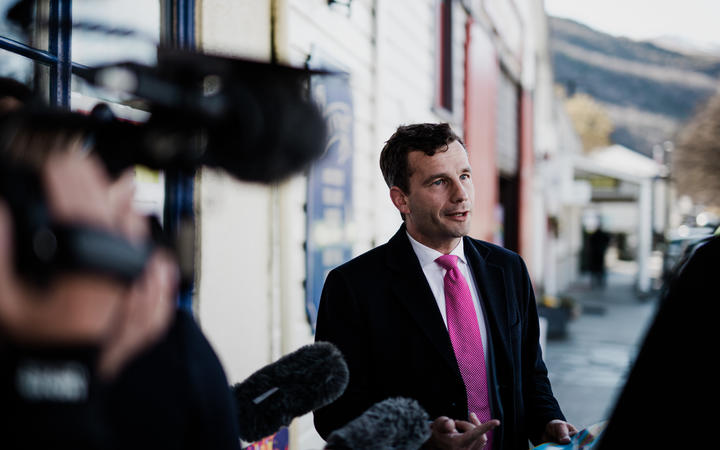 Seymour said one concern was that cannabis could be legalised without knocking gangs out of business. He then cracked a joke about the "munchies" being a downside before saying he would vote yes.

The subject of vaccines got things heated, including when Aaron tried to yank a microphone out of Seymour's hands when he criticised her view.

Belich got stuck into Seymour about his comments on the gender pay gap, and had a chance to show off her knowledge and get stuck into it.

Referencing Harvard economics academic Claudia Goldin, Seymour had claimed there was one big factor contributing to the gender pay gap: "The gender pay gap exists when you have to be there late at night to make the sale, put in the extra hours and do all the extra things that women are often unavailable to do because the way gender roles work they are not available".

Seymour tried to bluster and talk over Belich, but she said: "I have worked in the area of pay equity for a number of years myself, looking at data, looking at reasons for the gender pay gap, and not once have I read any credible piece of evidence to suggest that the reason there is a gender pay gap is because women aren't available to work late."

It was Seymour's one big slip up for the evening, with the moderator and a member of the audience getting stuck into him.

Lastly, the candidates were asked to state their position on euthanasia and how they'd vote.

Aaron and Goldsmith would vote against, while Belich, MacDonald - and of course Seymour - were all voting yes.