From a one man band to potentially bringing eight other MPs back to Parliament with him, ACT's David Seymour has been performing out of his skin.

The stars have aligned for the party that's battled through successive leaders and scandals, to now be polling as the third largest party behind National.

In the past the focus on ACT, come election time, has been whether or not it would get the nod from National in Epsom - the electorate seat that's been the party's lifeline for a number of election cycles.

Seymour now mounts the argument he's able to secure that seat under his own steam.

Not only that, but ACT, as one of the smaller parties, has been polling over the 5 percent threshold in recent months, meaning the Epsom seat is a 'good to have' for Seymour, but not as crucial for the party's survival. 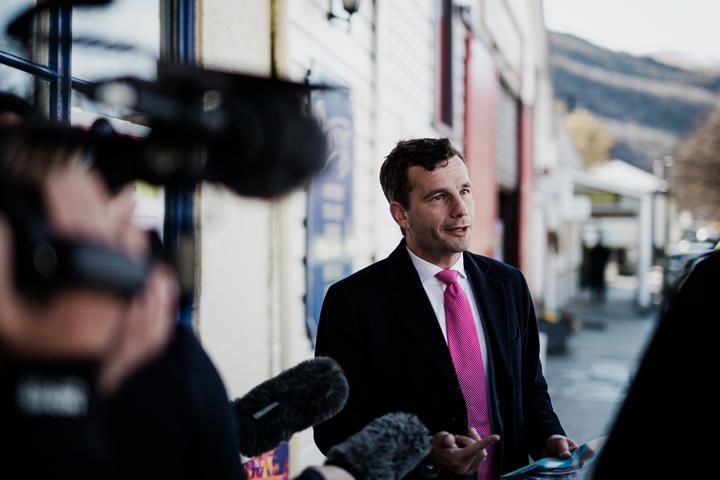 The combination of Seymour's consistent and persistent campaign on the End of Life Choice Act, his sole opposition to the first tranche of firearms reforms and the woes of political ally National, mean ACT is sitting pretty for the first time in two decades.

What that could mean is the biggest caucus ACT has had since 2002, when it had nine MPs under leader Richard Prebble.

In 2020 this could be a potential advantage, but also a potential liability, with a largely unknown and tested line-up of candidates. Based on the latest 1News Colmar Brunton poll, ACT could bag nine seats, with its party vote at 7 percent.

And in last night's Newshub Reid Research poll ACT is up three points to 6.3, which would give the party eight seats in Parliament.

It would be "one of the most diverse caucuses", asserts Seymour: "We've got two Ngā Puhi. We've got two vegetarians. We've got men and women; we've got one South Islander". 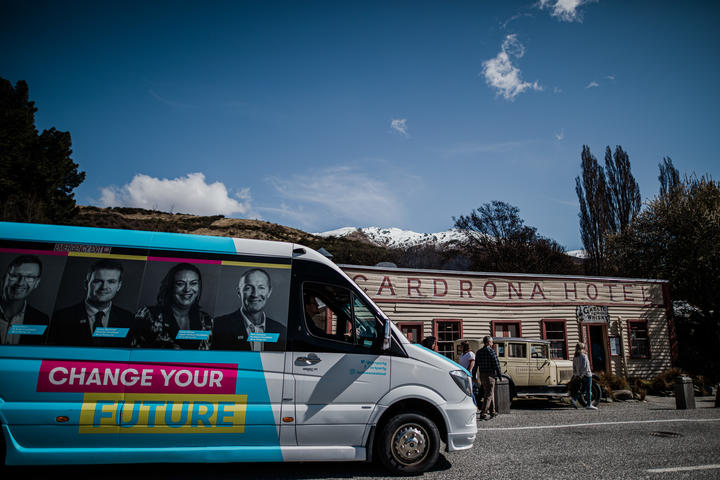 ACT and leader David Seymour voted against the first tranche of gun reforms, they were joined by National for the second round of law changes, but were the only consistent opposition throughout.

The party list has also diversified away from the traditional ACT candidate. And there's strong representation from the firearms lobby, including its most recognisable name, Nicole McKee, who came to public prominence through the intense debate over new laws banning most semi-automatics and making it tougher to obtain, and keep, a firearm.

She is the former head of the Council of Licensed Firearm Owners (COLFO). McKee quit the role after being confirmed as an ACT candidate. 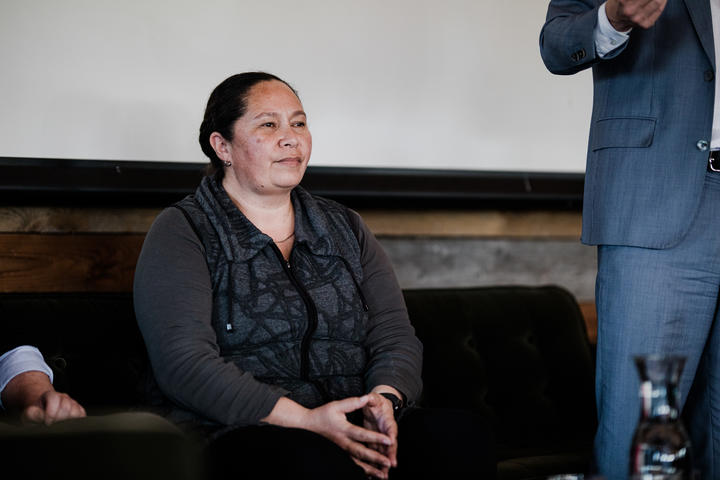 Nicole McKee is third on the ACT Party list, and is standing as the candidate for Rongotai. Photo: RNZ / Dom Thomas

McKee says she never imagined herself as a politician but she's already had a taste of what public life can bring.

"As a mum of four I've got to look after my children - I've had quite a few emails that nobody would want to receive.

"Of course my home is out there as well, and my family has been attacked,'' she told RNZ from the backseat of the ACT bus in Central Otago.

"I've received death threats and had the tyres slashed on my vehicle."

But McKee isn't the only candidate with a firearms licence.

Number 9 on the party's list, Toni Severin, has one too.

She's no newcomer to ACT though, having helped campaign for the last five elections.

Despite that she's less of a chance of getting into Parliament, but isn't bothered about her list spot.

"It doesn't really worry me because I'm here as a team player, we've all got strengths and weaknesses.''

Her weakness is apparently talking too much.

"I love international travel, which is obviously impossible at the moment, I do a lot of photography and I'm also a member of a pistol club, and like to do pistol shooting when I have time.'' 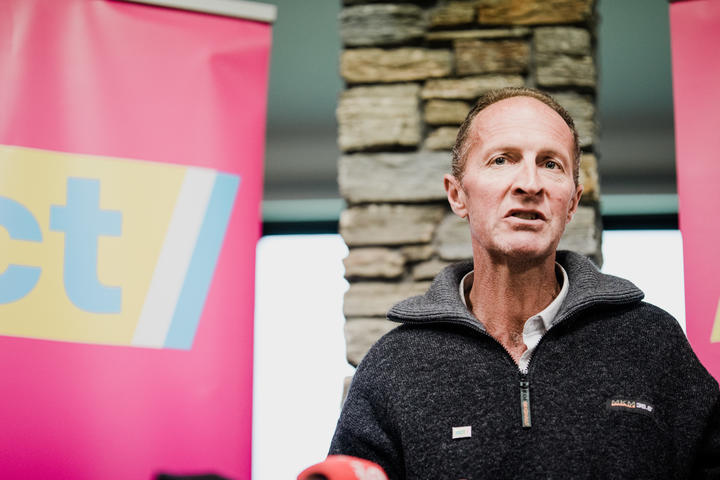 Mark Cameron is number 8 on the ACT Party list, and their candidate for Northland. Photo: RNZ / Dom Thomas

Adding further to the rural vote that ACT seems to be winning over, based on the number of people turning up to town hall meetings in Southland and Otago, is number 8 candidate Mark Cameron.

He's a dairy farmer from Northland, and is right at home on the South Island circuit talking about the increasing rural/urban divide.

"I've seen the palpable disdain and fear in farmers eyes,'' he says.

"Sadly so much of the vitriolic language, probably in the last three election cycles, has been targeted not only at farmers but provincial New Zealand, which is all part of the farming family.

"There's been a real erosion of where we feel we sit in New Zealand as a whole.

"I've been doing this for 32 years. I've buried too many of my friends, I've seen a lot of the language change in urban New Zealand that has slanted away from embracing rural New Zealand.

"And I'd like to be part of the political machinery,'' Cameron says.

No skeletons in the closet

David Seymour's used to being on his own in Parliament - it's a gag he wholeheartedly enjoys playing up to.

"It would be a big change for me. If this all goes the way the polls are suggesting, then one of my challenges over the next three years will be to actually develop a high-quality caucus culture.'' 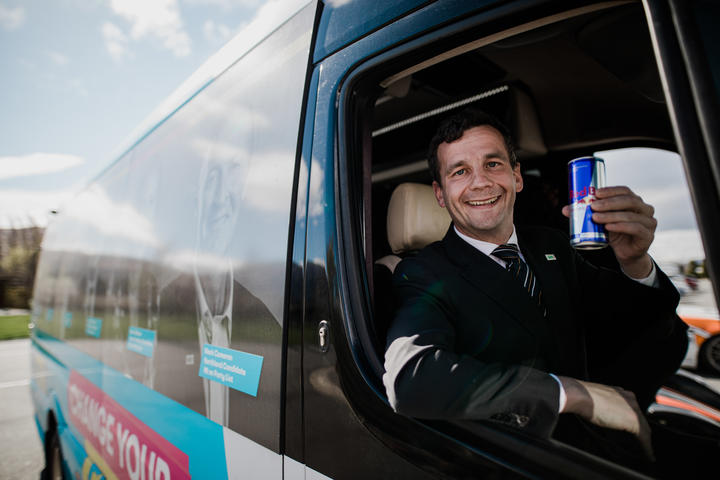 He says each of the party's candidates bring a range of new skills and life experiences, and he's not worried about any surprises.

Asked if there were any climate change deniers on the party list, Seymour refused to answer the question.

"I don't think it's helpful to have that debate."

Seymour says he like to make politics fun, to the extent he told potential voters on the streets of Arrowtown that a vote for him would at least make things more entertaining.

But he says that doesn't mean he's not serious, and the work he has done around charter schools and the End of Life Choice Bill are a testament to that.

He points out he has done it all on his own, and the prospect of having a team around him to help is not only appealing, it's also increasingly looking more likely by the day.