The Labour Party promised to reduce homelessness, boost state housing stock and build thousands of homes during its first term. 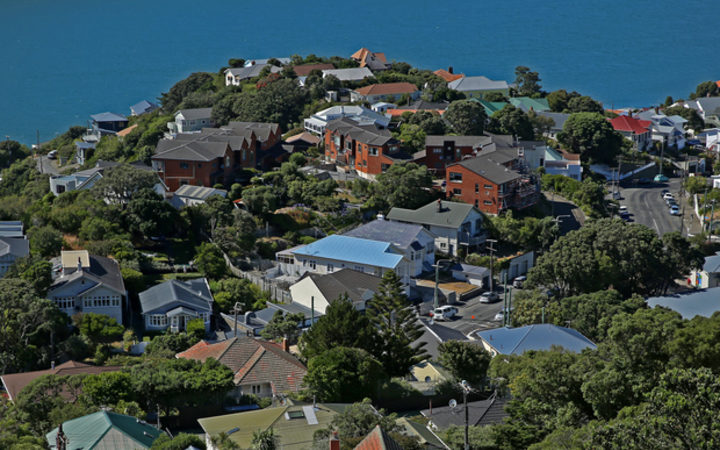 But with a record high waitlist for social housing and the creation of just under 600 of its promised 100,000 KiwiBuild houses ... how far has it got with some of its major policies?

DCM, an organisation that helps homeless people into housing, is tucked away on a side street behind Wellington's Courtenay Place.

Jackie, a mother of two adult children, is here for peer support, after a couple of hard years living in cars, garages and on couches.

"I was trying my very hardest to maintain being a mum, working full time, being a wife and a daughter. But when you're living rough, it makes things very, very hard."

The scars of that time remain.

"I was ashamed. I lied to my kids about us living in a car and a garage. I lied to them for over a year. I told them 'mum and dad are doing fine' because we were still working, still pretending to be the perfect family."

After living in a garage in Northland, she returned to Wellington for a fresh start and to be close to her two children. But she struggled to find a house.

"We just had no luck getting a rental property.

"We would go to open homes but there were lines, so many people, to the point where we wouldn't get the chance to put our name down."

The costs associated with a deposit, getting utilities set up and furniture were an added barrier.

After some time living in a car, she moved onto a family member's couch, which is when she connected with DCM.

She is housed now, thanks to DCM, and working through the aftershocks of living a precarious life.

"I'm so grateful. I don't really think I would be here in this peer support group if it wasn't for [DCM] housing.

"I think that is key to my confidence, to getting me back out there."

In 2017, the newly elected leader of the then opposition party, Jacinda Ardern, didn't waste time in grilling former Prime Minister Bill English on the housing crisis during question time.

"If not a crisis, how did his government get into a situation where it needs to spend 139K a day putting homeless people up in motels?," she asked. 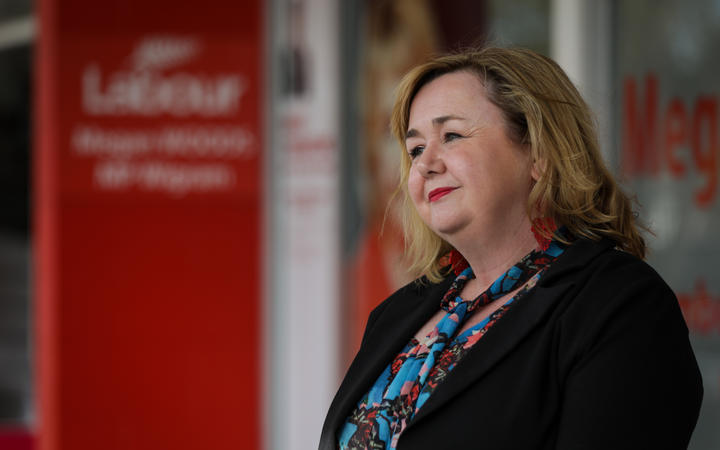 After taking power, Labour committed to an initial $100 million to tackle homelessness.

But since then, the waitlist for social housing has ballooned to nearly 20,000 people.

DCM's director Stephanie McIntyre said that is, in part, because the true number of homeless people is no longer being hidden.

"Our experience previous to that, was that it was very easy for someone to get bounced off it and for them to disappear.

"There was a lot of smoke and mirrors around the way the housing list was managed under the previous government," she said.

A further $300 million in new funding was committed to tackle homelessness this year.

McIntyre praised both community groups and the government for their efforts in getting people into accommodation, especially over lockdown.

"We've had the most phenomenal movement from homeless into accommodation.

She was reluctant to say they were 'housed' because most were in emergency accommodation and not permanent homes.

But in the past month, the organisation has seen the biggest rise in offers of permanent flats.

Just under 3000 state houses are being built.

McIntyre thinks this is all a good start.

"The indications are right in the homelessness action plan. But does it go far enough for me? Nothing usually does," she said.

"I would always like to see more emphasis but we feel like things are going in the right direction."

The National Party leader and former housing spokesperson, Judith Collins, said the growing waitlist was an indictment on the government's response to housing.

Though she's admitted not enough state housing was built during National's nine years.

"The previous government ended up with 1500 houses fewer than they started with.

"So to turn that tanker around, to be actually building 4000 state houses in our first term in government, has been a real achievement."

One hundred thousand houses, within 10 years, to ease pressure for those struggling to find shelter.

The Housing Minister at the time, Phil Twyford, was adamant it would ease affordability. 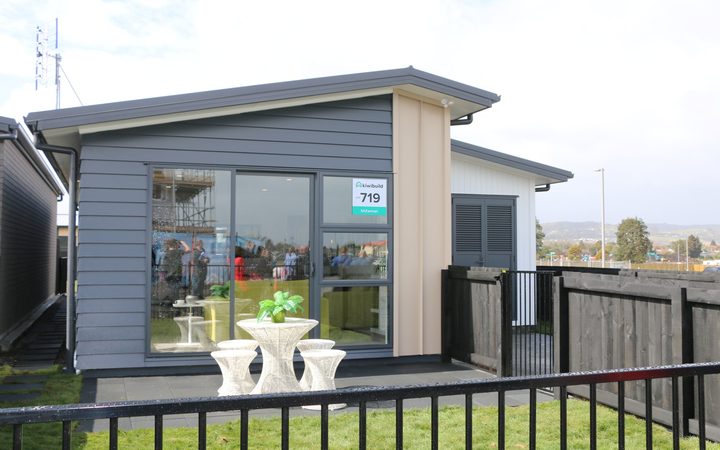 Twyford was demoted and Woods stepped in.

"It isn't delivering the numbers we need, at the pace we wanted, and too many of the homes it has built have been in the wrong place, in the wrong area," she told media last year.

"Instead we will focus on building as many homes as we can, as fast as we can."

Since mid-2018, just under 600 KiwiBuild houses have been built and another 977 are under construction.

The government has also helped the private market build just over 1400 affordable houses.

Wellington-based KiwiBuild buyer, Sarah, bought a home off the plans for $500,000.

It was the only way she and her partner could get into the housing market, she said.

"There's no way we would be buying a place if it wasn't for that really."

She would have had to have bought "way out of town" to be able to afford anything.

"And we don't really have the time or means to pour into doing up an old house that would need the kind of work that somewhere we could afford would need."

Part of KiwiBuild's reset was to invest $400 million into Progressive Home Ownership schemes for up to 4000 low and middle income families.

The options within the scheme could include a rent-to-buy model, or sharing equity with a housing provider, with the aim of eventually buying the provider out.

"It's a no-brainer they should invest in progressive home ownership."

Refocusing KiwiBuild was a sensible way of doing this, he said, but more must be done across the board to boost affordable home ownership and rentals for Māori.

Collins has been scathing about KiwiBuild from the start.

"We are not going to promise the earth like KiwiBuild, spend $2 billion setting up a government department and building 500 houses."

But Woods defended the programme.

The National Party's policy is to work with community housing providers to up housing stock.