National Party deputy leader Paula Bennett is at the centre of a complaint after her campaign sent a text to 40 Upper Harbour constituents that included all their mobile phone numbers. 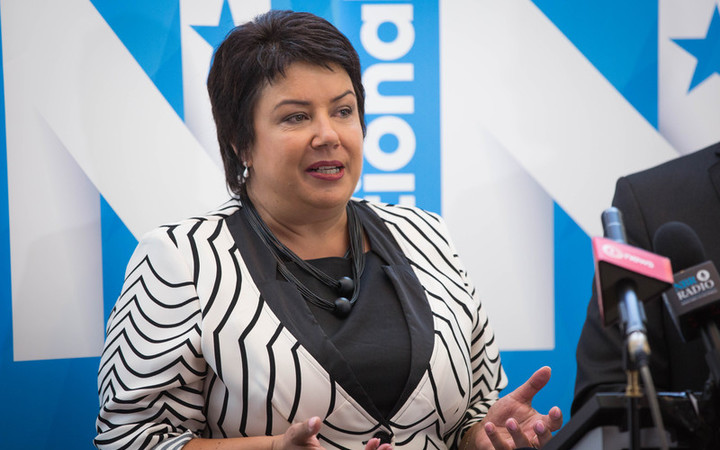 One of Paula Bennett's volunteers sent a mass text to 40 people in her Upper Harbour electorate. Photo: RNZ / Claire Eastham-Farrelly

The incumbent MP has confirmed the text was sent by one of her volunteers.

The text, sent last night, said: "Hi. I'm Paula Bennett, your National Candidate. I got your number from the electoral roll. National are a strong team. We want to continue to grow NZ & take the next step in tackling hard social issues. We know what needs to be done & how to do it. Please support me and the National Party. Paula."

In a statement, she said the message was sent through Apple's iMessage app, which meant all the numbers could be seen.

The Electoral Commission said it had received a complaint about the text and was investigating, while the Privacy Commissioner said the text might have breached the Privacy Act.

A spokesperson for the commission said it was wrong to say phone numbers could be taken from the electoral roll and it wanted to assure people that numbers provided to the commission were not given to anyone.

One recipient posted the text on Facebook saying she considered it to be a "huge breach of privacy". Her post attracted 56 comments, including from several others who were upset at receiving the same message.

Mrs Bennett said the text was sent by one of her volunteers as part of her campaign's "normal phone and texting of voters".

"Unfortunately one lot went as an iMessage, which means the 40 numbers could be seen. No names or any other details were disclosed. We get our numbers from a variety of places over time including door knocking and canvassing."

"The names came from the electoral roll but the numbers were collected through a range of different ways. The message should have been clearer."

One of the recipients of the text message told RNZ she had never given her number to the National Party.

"That's why I want it investigated - I'm furious."

She had complained to the Electoral Commission.

"The content of the message that they got my number from the electoral roll is misleading. I can also see the phone numbers of 40 other people which is a huge breach of my privacy."

Although she voted for National last election, but would not be doing do this election, she said.

"A candidate's communications in election campaigning come under the oversight of the Electoral Commission. But if we did receive a complaint, we would need to look at whether a candidate is subject to the Privacy Act. That's because organisations that aren't covered by the Privacy Act include Members of Parliament, when they are acting as MPs.

"Without a complaint and access to all the facts that comes with an investigation, we wouldn't be able to predetermine whether a candidate was acting in their capacity as an MP."