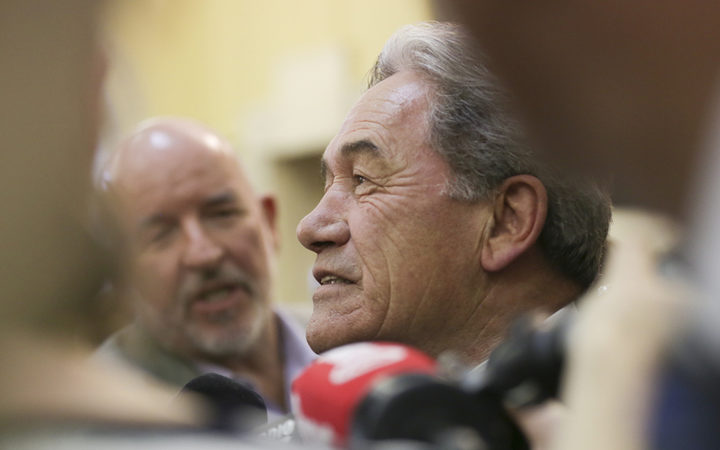 The New Zealand First leader admitted last month after questions from the media that he had been overpaid his pension for seven years, but had paid the money back.

Mr Peters then called in his lawyers, saying the leak was an attempt to destroy his party.

Inland Revenue investigated, and reported on its findings today.

"Our investigation has found that IR does not hold the information that became public in relation to Mr Peters' national superannuation payments, and therefore could not have been the source," it said.

"It is essential that we can assure New Zealanders their personal information is respected and protected at all times."

Mr Peters declined to answer questions about the latest development, saying the matter was in the past.

"I'm not wasting five seconds answering this question," he said. "It's history."

Other investigations into the leak are still ongoing, including by ministerial services and the Ministry of Social Development.

Mr Peters accused the National Party of "character assassination" after it was revealed two National ministers were briefed about the matter under the "no surprises" policy.

Both ministers - Paula Bennett and Anne Tolley - denied passing on the information.

National leader Bill English said his party had nothing to do with the leak. However, he did say - given the personal nature of the information - his ministers should not have been told.