New Zealand First leader Winston Peters has left the door open to working with National, despite accusing the party of leaking information about his superannuation overpayment. 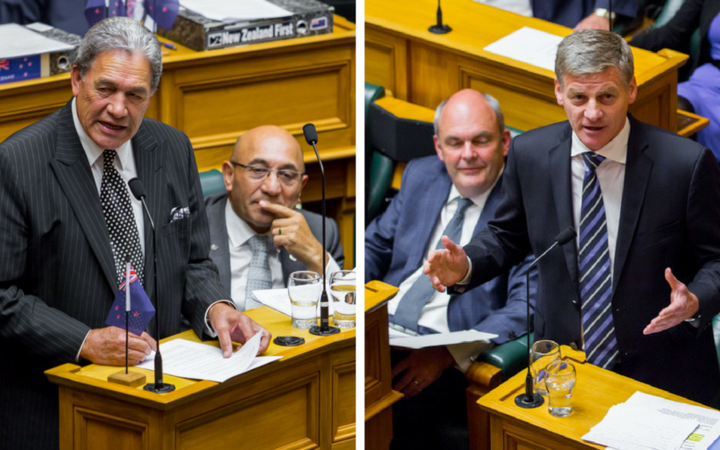 Three government investigations are under way to try and find out how the leak happened. National leader Bill English denied the leak came from within his party, although Mr Peters rejected the assurance.

Mr Peters said he would not let the personal attacks on his character get in the way of choosing the best coalition partner.

Asked if the matter would hurt National's chances of wooing New Zealand First as a potential partner, Mr Peters said it would not.

"You have sometimes a poison chalice ... I don't know if you remember 1996," he told reporters on the campaign trail in Northland yesterday.

"What you're saying is ... that in the interests of the nation and its economic and social survival that one should put his personal views above the serious decision one's got to make, and above that of his caucus and how they see it ... and I'm not going to do that."

Mr Peters sided with National after the country's first MMP election in 1996, despite having an often bitter relationship with National's leader at the time, Jim Bolger.

Mr Peters was eventually appointed deputy prime minister and treasurer, with the National-New Zealand First coalition lasting two years before he was sacked from Cabinet again in 1998, forcing him back to the opposition benches for the next six years.

Despite facing accusations that his party was to blame for the leak of Mr Peters' personal information, Mr English was adamant the two parties' relationship had not soured.

"It doesn't need to damage the relationship ... Mr Peters has dealt with the issue to the satisfaction of MSD [Ministry for Social Development]."

Labour leader Jacinda Ardern would not be drawn on the issue.

"That's not something that I've focused on ... we've been quite focused on our policy announcement,'' she said.