New Zealand First leader Winston Peters says it's unclear how the error in his superannuation payment happened and reports he was required to pay back $18,000 are wrong. 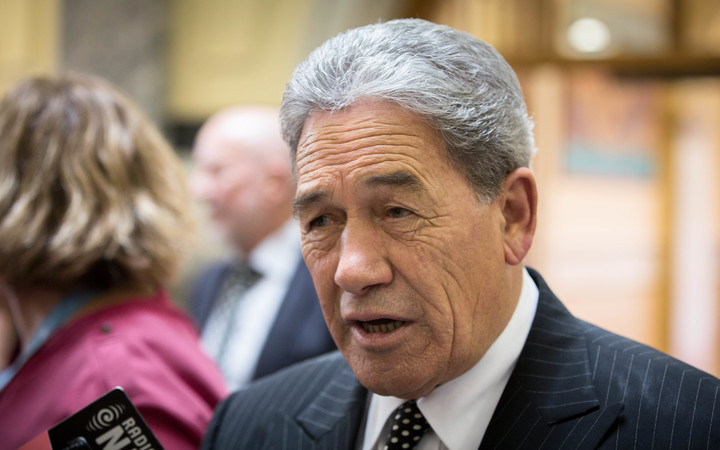 The 72-year-old confirmed the overpayment yesterday, in response to enquiries from the media.

Mr Peters told Morning Report he received a letter from the Ministry of Social Development in July this year about the fortnightly overpayment. He immediately contacted and met with the ministry's area manager and corrected the overpayment within 24 hours.

"There were two things, there was the original taxation differential and then there was an error which meant that rather than being paid at the lowest rate, I think, and I'm not certain of this, that I got paid at a rate higher than that.

"There's about six or seven rates, I understand."

He referred to the overpayment as an error and said it was not clear how it happened.

Mr Peters said the repayment required was nothing like the figure reported by some media.

Asked if he was claiming a single person's superannuation while living with his partner, he said he was not.

"No, that's the point. The mistake was made, and somebody made an error at the time I was filing tax returns and so that would have been corrected by IRD. No-one quite knows what happened there but they sat down, when I was alerted, and worked it out and I paid it and that was an end of it.

Mr Peters said he signed up for the pension in early 2010, when he and his partner went into a Ministry of Social Development office to apply.

"My status was very clear when I turned up at the senior official's desk with my partner to fill out the form."

He had had a long discussion with officials, but it was still not clear what had occurred.

"We can't work out why the document is not what it appears to be," he said.

"That's about as far as we can get. We've had a long discussion ... In the end, we decided there's an error that's been made, we don't know how, let's fix it up.

"My paramount concern was to get this matter off my plate as fast as possible. I was shocked, I was aghast, I was frustrated and every other sentiment you can possibly think about.

"MSD has said to me they're totally satisfied with everything with respect to this payment, they've thanked me for my co-operation and there the matter ends."

Prime Minister Bill English told Morning Report he had not seen anything in the current allegations that would rule out a potential coalition with New Zealand First after the election.

"We don't know what the facts are, all that we know is that Mr Peters has put out a statement and there will be a set of questions there that everybody seems keen to ask him - how he deals with that is up to him."

He said the only advice he had for Mr Peters was that he "clearly explain the facts".

She said transparency was always helpful in these cases.

"I think it would be helpful if we had more information, but still, ultimately this is an issue for Mr Peters to be answering questions on, not the Labour Party."

The Ministry of Social Development told RNZ it could not comment until it got a privacy waiver from Mr Peters.