Farmers are turning up the pressure on Labour's water tax proposal as debate heats up over how much it might cost the sector.

The party's plan to charge farmers one or two cents for every 1000 litres they use is being attacked as unfair and likely to take money out of local communities. 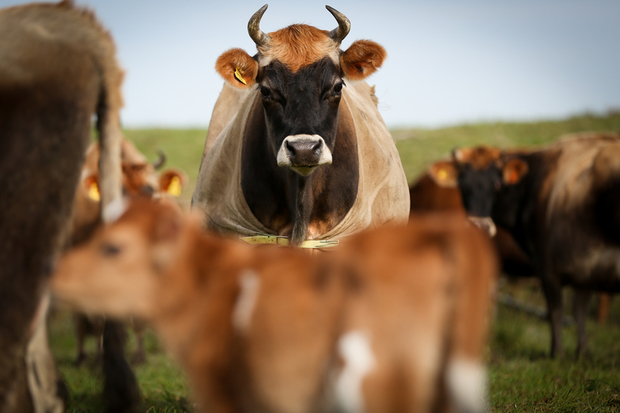 Farmers are planning to protest in the dairying town of Morrinsville where Labour leader Jacinda Ardern grew up.

Central Otago farmers have told RNZ they cannot afford a tax on irrigation and it could drive some off their land.

Agricultural economist Peter Fraser said irrigated water accounted for 80 percent of all water consumed in this country and farmers who used it should pay.

"Irrigation is the biggest use of water in New Zealand bar absolutely nothing ... so that's an issue we do need to be talking about."

Labour's policy, while not clear cut, had opened up that discussion, Mr Fraser said.

He advocated applying a water tax to everyone, similar to GST.

Labour wants to use the money from its water tax to clean up dirty rivers but Mr English has said the tax targeted the wrong people as there were still dirty rivers in less irrigated areas.

But Labour's David Parker said it was "absolutely fair" that people who used a public resource like water paid back a royalty to the public.

The tax would cost dairy farmers just one percent or less of their revenue, he said.

Irrigation New Zealand calculated a typical family farm of about 200 hectares could face a $24,000 bill under Labour.

"The reality is going to decrease the spend in the local communities ... we see this every time there we have a downturn in a commodity price."

Several water academics and rural economists declined to comment on Labour's proposal because it was too political.