Labour's water tax policy is giving National and other parties something solid to fight as they try to blunt Labour's rapid resurgence - and the message was heard by voters at a meeting in Southland. 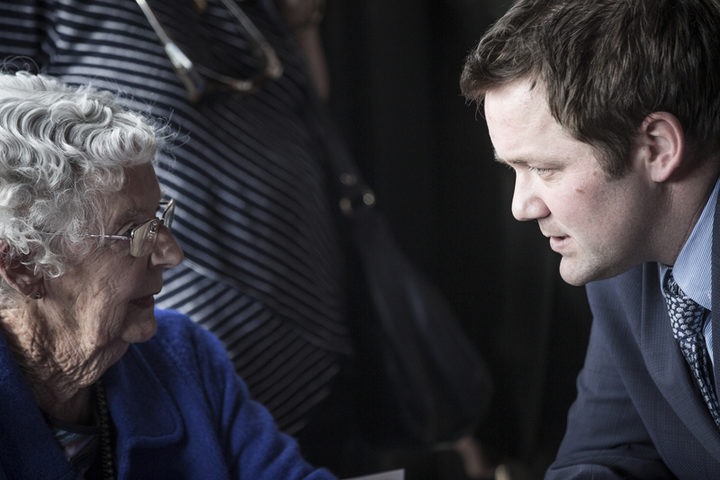 With less than a fortnight to go to the election, National is hammering home Labour's water tax plan to rural voters.

One of Jacinda Ardern's first election pledges as Labour leader was to introduce royalties on bottled and irrigated water if elected to government on 23 September.

National's Hamish Walker is pushing his party's policy hard as he campaigns for the Clutha-Southland electorate.

At an afternoon meeting at the Top Pub in Winton, Mr Walker told a group of National voters the water tax would hurt them. 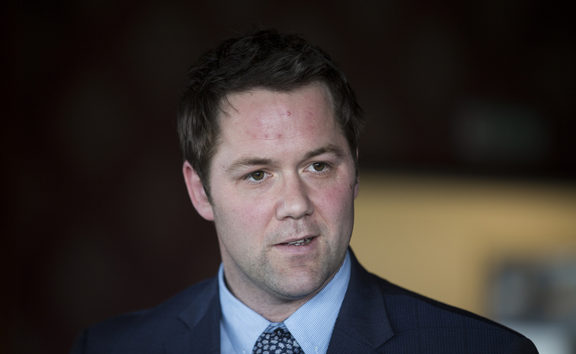 "Do you think it's fair that Coca-Cola in Auckland consume the most water in terms of bottling, but they won't get charged under Labour's policy because they get that water from the city town supply?

"Yet they're willing to tax the living daylight out of farmers and not even give you any detail," he said.

Labour has not confirmed the size of the royalty it plans to charge, but said it was likely to be set at a few cents per litre for bottled water, and one to two cents per 1000 litres for commercial irrigators.

The plan is giving National and other parties something solid to fight as they try to blunt Labour's rapid resurgence, and it is hitting home with National voters.

The message is certainly being heard in Winton, a National stronghold.

"They're just flying kites thinking they will get city people to support them. They're putting town against country and expect to get away with it," one man said.

"If they're going to charge the farmers, they ought to be charging every factory that uses water. It's not fair," one woman said.

In fact, RNZ could not find anyone in Winton who backed Labour's policy.

The water tax was the topic of the night at a Meet the Candidates meeting last week at the Winton Golf Club too.

In front of a largely sceptical crowd, Labour's Cherie Chapman held up a bottle of green dishwashing liquid she said a friend had sent her back from the United States. 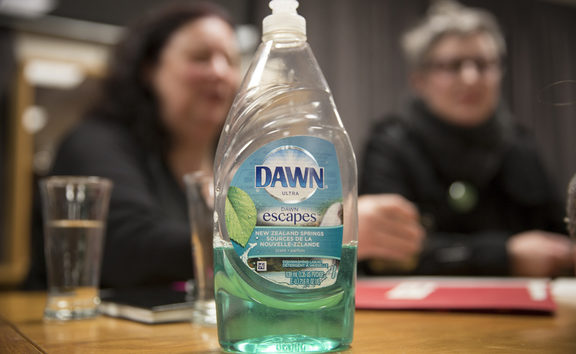 Dawn dishwashing liquid, from the US. Photo: RNZ / Rebekah Parsons-King

"Is this our future?" Ms Chapman asked.

Then she went on the offensive, warning the farmers they were putting New Zealand's reputation at risk.

"Check the sand in the person's hair next to you. You have to get your head out of it," Ms Chapman said.

"We have a whole industry that relies on a clean, green brand. If that disappears, so does the industry," she said.

Other parties' candidates were less clear.

The Greens said they had not fixed a water charge yet, and the Conservative candidate said he was against the tax, but wanted the rivers cleaned up urgently. 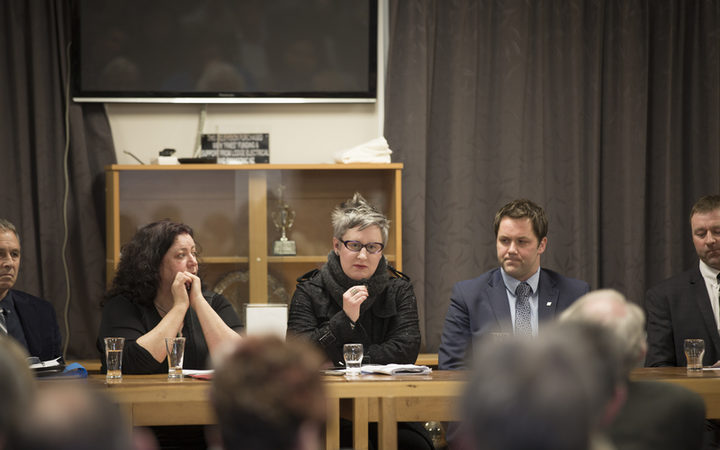 Then he tried to channel the mood for change among voters who were sick of National, but would not vote Labour.

"We are the only party that can sit between those two major parties and protect your interests."