Would Bill English really swim in the Oreti River now?

The state of NZ's rivers has become a hot election topic. 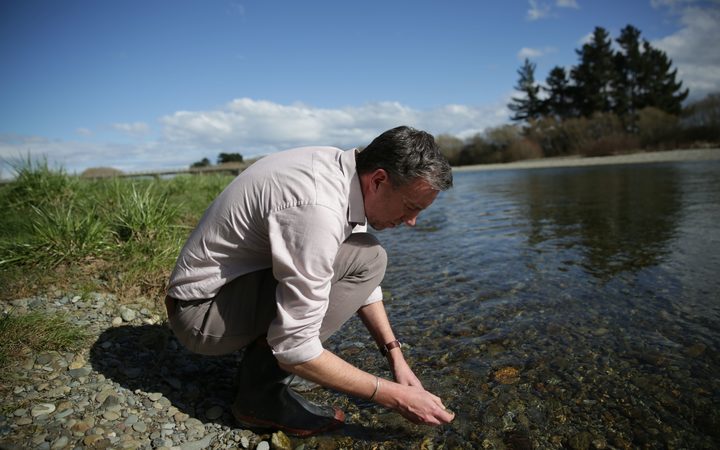 Ian Telfer checks out the Oreti River, after Prime Minister Bill English said he would still swim in it. Photo: RNZ / Rebekah Parsons-King

During the second leaders debate last night, Bill English was put on the spot about the state of water quality when asked what was his favourite childhood river, and whether he would he still swim in it.

Mr English chose Southland's Oreti River and said he would swim it now, although he said all the good swimming holes had been filled in with gravel.

The Oreti flows through the back of Lumsden, rises in the Southern Alps and runs south for 130km to the sea in  Invercargill.

So would Bill English really swim in it now? RNZ Otago-Southland reporter Ian Telfer and visual journalist Rebekah Parsons-King went to check it out