Many political parties are using farmers as an easy target for emotive policies that appeal to urban people, a South Canterbury farmer says.

In the lead up to the election, RNZ Rural News is talking to farmers across New Zealand about what they think of the policies that have been put on the table.

Farming and environmental issues have been hot topics in the election lead up.

"At the moment I feel that we're a soft target for emotive politics... I feel that the rural/urban divide is being encouraged and it frustrates me because it just shouldn't be that way."

Mr Adams said he was disappointed with politicians because they were just scoring 'easy shots' in the the environmental space and don't understand the work farmers are doing behind the scenes.

"In fact we're involved in a very complex environmental process in Canterbury with our regional and sub-regional plans."

Mr Adams said farmers and landowners were making big decisions about how they engage with the environment, and people needed to trust that it would work.

"It's certainly changing the way we think about farming. We have to go through this process and at the moment it's being short-circuited."

He said the three-year election cycle was disruptive.

"We're now quite a long way down the path of a complex environmental process and it just concerns me that we've done all this work and it could be completely disregarded.

"We're having some very tense conversations, not just between urban and rural but between rural farming systems."

"There are some real tensions in the room that you are working through and trying to manage to come to a good community outcome.

"Friendships are being put on the line here... to turn around and have politicians completely de-value or undermine what we're trying to achieve, it's just really offensive to me and incredibly frustrating." 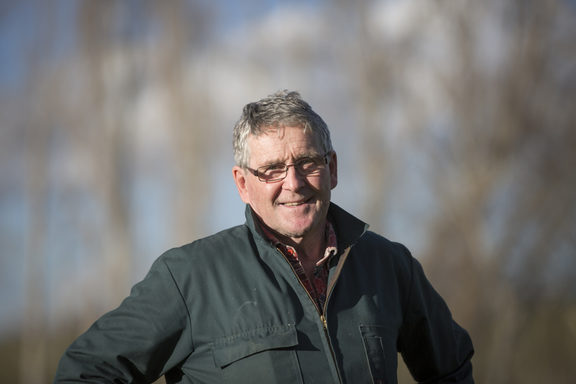 Labour's leader Jacinda Ardern said if the party was elected to government a tax working group would explore what a capital gains tax may look like.

She has ruled out the family home, and the land it sits on, however Mr MacGillivray said that opened up more questions.

"We want to know these things. [Farming] is a business and we don't know what we're going to be getting next year... costs are all the time going up."

Farming's environmental footprint is constantly brought up, he said, but he does not believe the public know what mitigations farmers are taking.

"We're doing a lot of work planting, I have QII on my own place. All my streams are fenced and I monitor all my water here.

"We're monitoring what water comes on to my place and what goes off. It's important we know our footprint and what we're doing and I think the rest of New Zealand doesn't realise just how much advancement in agriculture has happened in the last four or five years."