The New Zealand squash mixed doubles pair of Joelle King and Paul Coll will play for a bronze after a surprise defeat to India in their Commonwealth Games semi final. 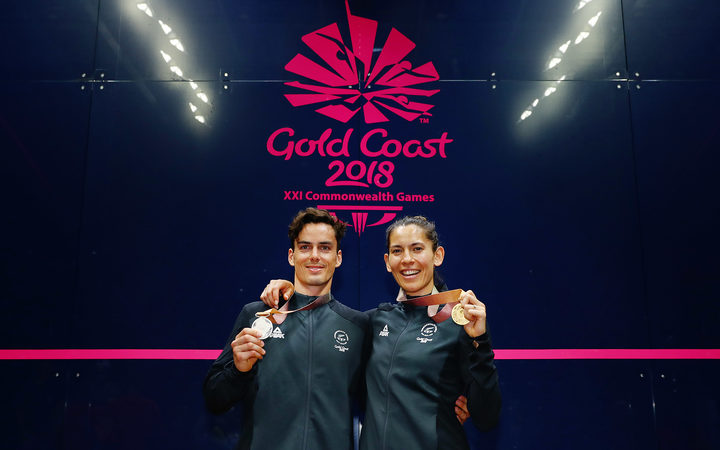 Joelle King won gold in the women's squah singles and Paul Coll took out silver in the men's singles at the Commonwealth Games. Photo: Photosport

King and Coll (who have already won singles gold and silver respectively) lost to the Indian pair of Dipika Pallikal Karthik and Saurav Ghosal 11-9, 8-11, 9-11.

King said the pair is disappointed.

"Now we've got to focus and come back. We want to come away with something. Bronze is still to play for."

"It came down to the last point literally. Either one of us could have made a mistake or hit a winner. It was just tough to the end. They are a tough pair. Congratulations to them for their win today."

Coll said their target was nothing but gold.

"But we'll be back tomorrow and leave it all out there, and hopefully come away with a medal for New Zealand."