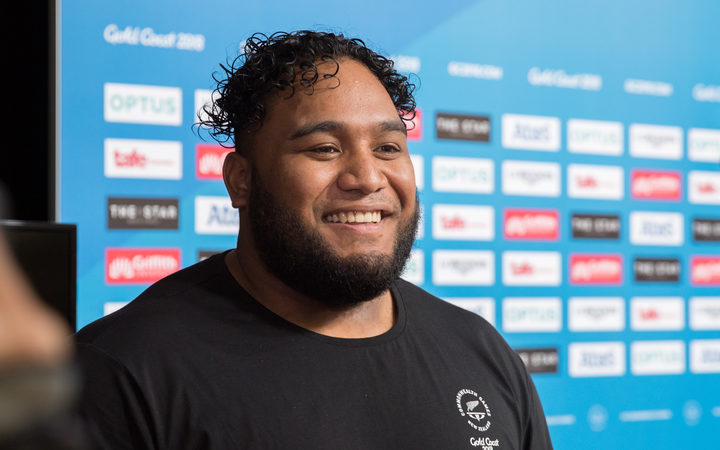 It was a magnificent effort from the 21-year-old who upstaged more experienced campaigners on the Gold Coast.

Liti jumped into the bronze medal position for the 105-plus kg division after the snatch.

That's despite only having two attempts due to some kind of confusion among team officials.

"Somebody went up that we didn't realise, anybody could've made the same mistake, it worked out fine for us anyway. You get a certain time limit to change your weight and we were there just there a little late."

Liti put it behind him and nailed a PB of 174kg on his third attempt.

"It was a bit of a Hail Mary moment but it got him back in it and set him up for the clean and jerk."

It then became a tight four-way race in the clean and jerk.

Liti cleared 229kgs on his final attempt to secure the gold and set a new Games record in the process.

"I still can't really get my head around it, it's indescribable," said the 21-year-old.

Liti said he wasn't really thinking about medalling at the competition.

"Coming in as a newbie for my first Comm Games and I wanted it to be a memorable one so I decided to have fun with it."

Ironically Liti didn't like weightlifting when he first started.

"As a kid I just wanted to go out and have fun and do something active so lifting wasn't really the type of fun I was looking for but ever since I've learned more about the sport I've started to love it more and more."

Liti said he wanted to go all the way with his sport.

"My coach promised me to be a world class weightlifter so I'm still waiting, 2020 Japan, we're coming."