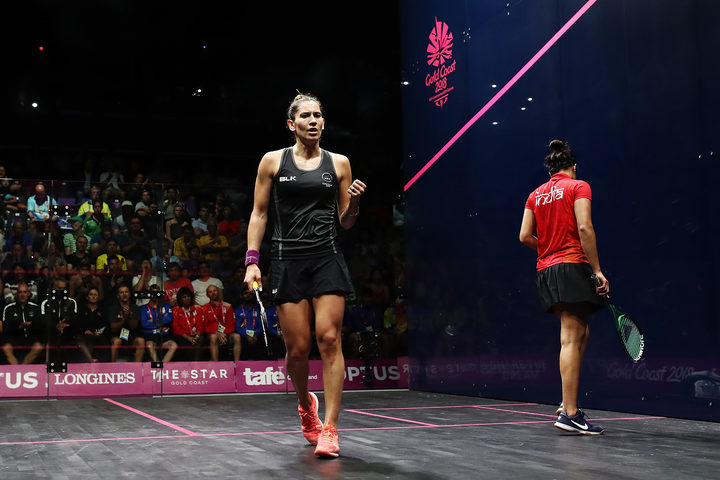 The match was aggressive and often tense, with multiple appeals to the referee. King won the first two games, but Perry held on to win the second two and force the fifth set, and the lead changed in every game.

"Both players just want to give everything they have,and leave everything out on court and I think that's what was happening."

"It's a privilege to be honest, and I'm just looking forward to celebrating with my teammates," King said.

She won't get much of a chance to celebrate, though - she's back on court on Tuesday in the women's doubles.

"I guess no rest for the wicked. I've just got to go back, recover and be ready."

Coll, who is ranked 9th in the world, struggled against 14th-ranked Willstrop, who led 5-0 at one point in the third game.

Coll will also be back on Tuesday in the men's singles.

The bronze medal was won by Malaysia's Nafiizwan Adnan.