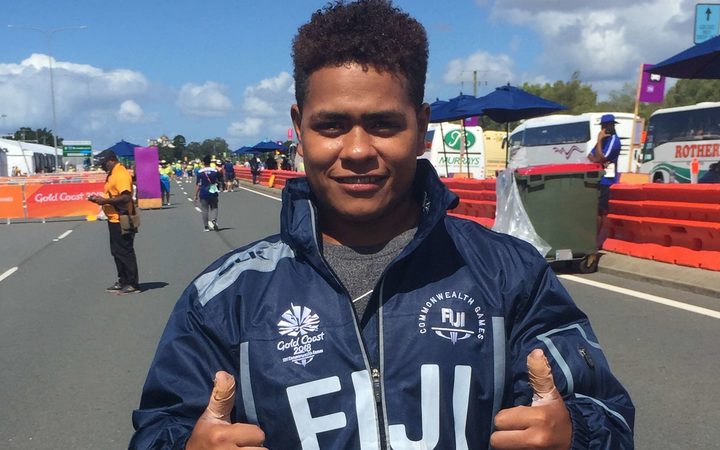 Fijian weightlifter Apolonia Vaivai is content with another bronze medal at the Commonwealth Games but vowed to come back stronger next time.

The 27 year old finished third in the women's 69kg division on Sunday at the Carrara Sports Arena with a total of 216kg, six behind the gold medal winner.

She also won bronze in Glasgow four years ago, in the 75kg category, and said while she wanted more on the Gold Coast she was still happy to make it on to the podium.

"I'm proud that I have something to take back home," she said.

"Missing a gold medal was real heartbreaking but at the same time it gives me that feeling of wanting to do it more and beat those other two that beat me...so I'm glad that I have bronze in my hand."

Apolonia Vaivai was tied for first place after lifting 100kg in the snatch but only managed to complete one of her three lifts in the clean and jerk, which cost her a chance at top spot.

"It was a small technical mistake that I could have done it," she lamented shortly after the end of the medals ceremony.

"Instead I went, I snap out then I couldn't do it so I'm looking forward to the competition (to come in the future) and get that one, making it better and make more improvements."

Her overall total was 11kg less than she achieved at last year's Commonwealth Championships - also on the Gold Coast - where she won a third consecutive gold medal.

The Tavuki Village athlete has lifted as much as 230kg in training but said it comes down to who can deliver on the day.

"When in this game I know it's anyone's game so everybody is just training and they're giving all-out," she reflected.

"Not just myself, the other competitors too so they get what they get, I get what I get."

Apolonia Vaivai said she will allow herself a one week break before getting back into training, with a World Championships to prepare for later this year and the overall goal of qualifying for the 2020 Tokyo Olympics.