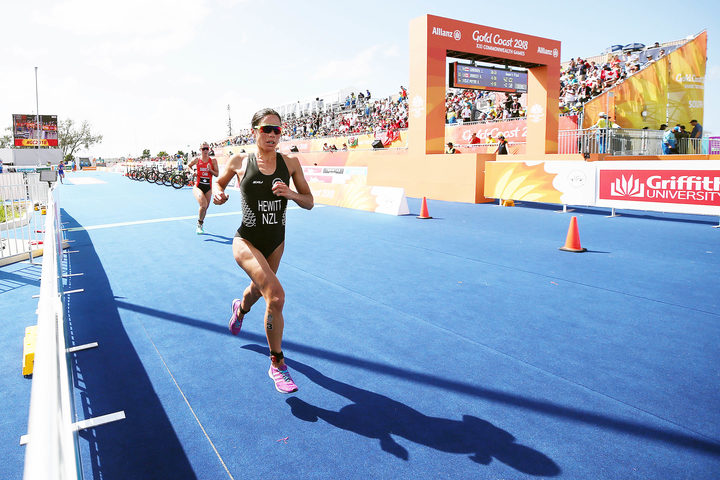 Australia defended their Glasgow gold, and England took the silver.

The New Zealand team of Nicole van der Kay, Ryan Sissons, Andrea Hewitt and Teyler Reid finished the race in 1:19:28, about two minutes behind the leaders.

Australia and England were out in front early, leaving New Zealand to fight it out for bronze with Canada and Wales.

"It was tough, it was a cat and mouse game with Canada," Andrea Hewitt said.

"[Canada's Desirae Ridenour] got me on the swim and attacked me on the bike and got 10 seconds on me, but I knew I'd get her on the run."

Now Hewitt gets to finally have a celebratory glass of champagne.

"I can't remember the last time i got to have a glass of wine...this is definitely the first one this year."

Tayler Reid raced the last leg for New Zealand and had a tough battle with Canada's Matthew Sharpe. As he crossed the line, he was happy for his teamaters, he said.

"I was just happy i could hold on for them. And seeing (the expression) on my teamates was the most awesome bit."