On a seven-hectare site north of the Gold Coast lies a modern Mount Olympus. 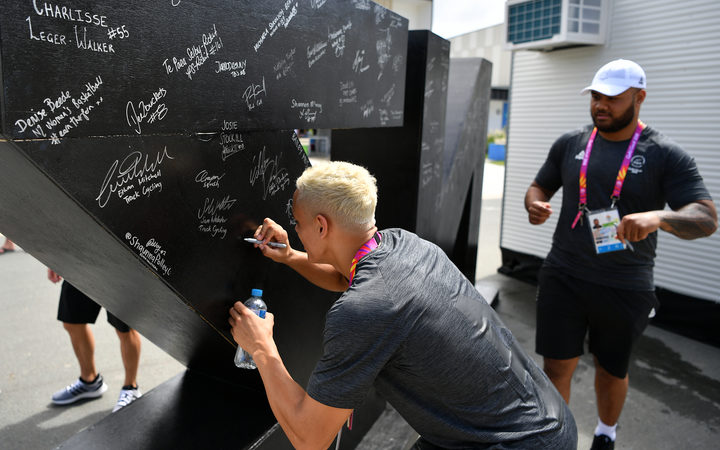 This is the Commonwealth Games village: a place of sanctuary for buff, humanoid gods, where their every whim and requirement is provided for.

"Because I'm trying to save my energy [for competition] I tend to spend a lot of time lying down or going to the masseuse or physio," New Zealand weightlifter Vester Villalon said.

Villalon could also, if he felt like it, text his coffee order to the New Zealand athletes' lounge, float on an inflatable unicorn in the village swimming pool next door, or head to the post-recovery area after a training session, with a choice of hot pool (38°C) or cold pool (10°C) to soothe his muscles.

The one earthly pleasure he's denying himself is the village's dining hall, which caters to every kind of diet going.

"I've still got a kilo and a half to lose, so I just stare at the desserts for about five minutes and then walk away."

The New Zealand section of the athletes' village is home to 250 athletes and 150 support staff for the next fortnight, while the entire village houses 6600 people.

For a mere mortal to enter this realm is no easy feat, possible only under heavy escort.

On a media tour of the village, sweating in the Queensland sun, we wandered down wide concrete boulevards, past brand-new apartment blocks painted in rainbow lorikeet hues.

Our guide was Ian 'Hep' Hepenstall, the attache to New Zealand chef de mission Rob Waddell, but he was soon accosted by a games official who was very worried that Hepenstall was not quite following protocol.

"You guys have the wrong pass," Duncan the official told 'Hep'.

"I don't want to have to escort you guys back so I'll just come... I'll skulk around the back."

As this exchange took place, a long-haired grizzled dude in sunglasses and a wide-brimmed hat, dressed in an official's uniform but with apparently even less respect for protocol than Hepenstall, whirred past on a mobility scooter with a skinny durry dangling from his lips and disappeared behind some rubbish bins.

This went unnoticed by Duncan, and the tour carried on to the New Zealand village, where Rob Waddell stood next to a giant plywood 'NZ', painted black and decorated with silver ferns.

Athletes had signed their names on the back of it, but no, the team had not built it, Waddell said.

A few metres away, on a plinth and cradled in a low kete, was the team's mauri stone.

The stone was gifted to the New Zealand Olympic committee by Ngāi Tahu in 2004 and has travelled with the team to every summer and winter Olympics and Commonwealth Games since.

"It's a very important member of our team," head of athlete support Bevan Hari said.

When it was first gifted to the team, it was quite a rough rock, with just a small shiny patch on it, he said.

"You can tell how many times it's been rubbed by how shiny it is now.

"You give it something and it will give you something back."

Athletes who had been to previous games often had a contemplative moment next to the stone, touching it in recognition, he said.

Waddell showed off the Dettol-scented post-recovery area - "You can smell the hygiene" - a new addition to New Zealand's Commonwealth Games set-up that means the team can avoid having to share the main village facility.

"For the athletes who've come over from Glasgow it's quite a big change in the quality of what's available," Waddell said.

"It gives us that little performance edge." 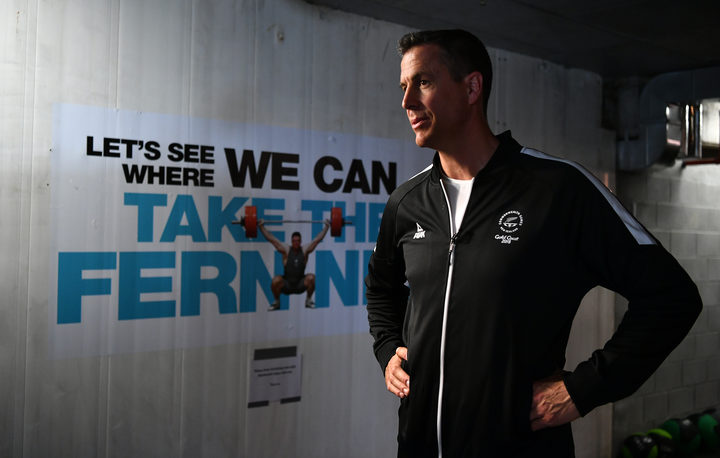 Likewise, the private gym constructed in the basement car park of the New Zealand building - kitted out with a shipping container's worth of equipment - is something only a few nations have provided for their teams.

Strength and conditioning coach Guy Mathersole has found himself fighting the chancers off.

"We've had athletes come over from other nations ... and say, 'Can we have a cheeky lift?'"

The all-hours access to facilities extends to the on-site New Zealand medical team, which includes four or five doctors.

All are clearly used to late-night wake-up calls - a sign on the door explains that for after-hours assistance, athletes should call a cellphone number "or knock on the door loudly".

Upstairs, Ian Hepenstall showed off his own bedroom, reporters jostling for space around two small single beds with metal frames.

Everyone had seen weightlifter David Liti, dubbed the 'Big Bear', at a press conference the previous day. How did he fit in one of these beds? What about the basketballers? 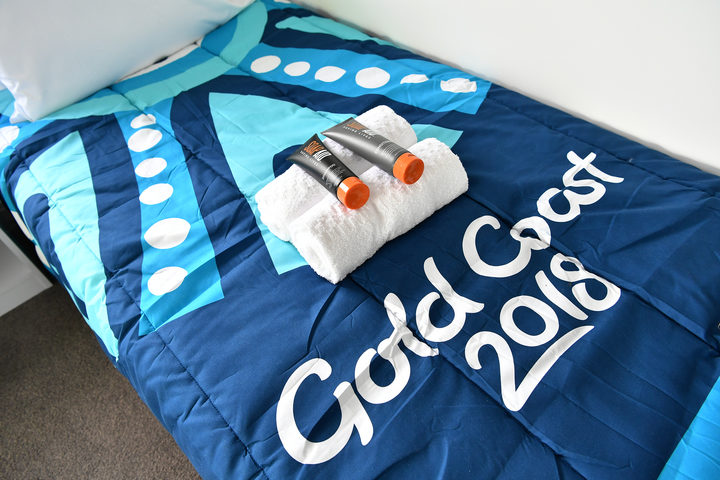 The beds - which do extend - in the 2018 Commonwealth Games village Photo: 2018 Getty Images

There had been no complaints, Waddell said.

"I've been over four or five times now [during construction] ... but you had no doubt that the Aussies would do a top job."

Like Vester Villalon, the tour was denied the satisfaction of the dining hall - time was up.

An escort led the way to the exit and the realm of the sporting gods was sealed off again.