When I was a kid there was one player we all tried to mimic: Martin Crowe.

I was telling my wife about you at the weekend, after reading your touching piece ahead of the Cricket World Cup final. 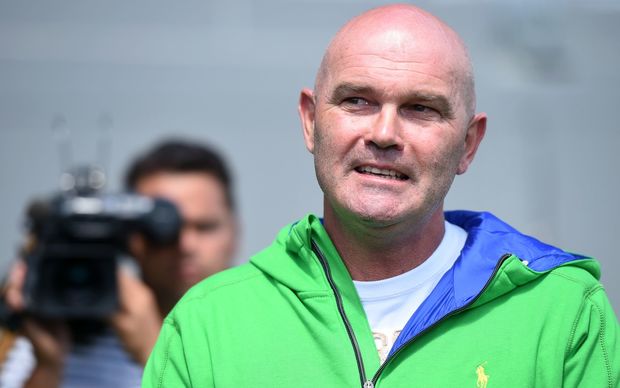 You said it would likely be the last match you saw. The cancer is starting to wear you down too much.

You were terribly proud though, particularly of the players you've mentored, Ross Taylor and Martin Guptill, and said it would be a "personal cricketing highlight" of your life.

I told my wife how much your example meant to us - I'm one of three brothers - when we were learning to play cricket in the 80s and 90s. The example you have set in the past year is even greater.

She said why wait to write about it? I hope you read this.

What were we trying to mimic? That relaxed back lift, the slight turn and point of the head and shoulder as the bowler approached, the impossible to copy, perfect balance.

You brought a dash of pure class and shock of flash to a world of beige-coloured uniforms.

It wasn't easy for you in the early years. A prodigious talent with your own way of doing things, many were disparaging and there was much ridiculous criticism.

We didn't care about that stuff. It was the way you played which garnered our attention.

When you wore the sweat band we didn't think that was "soft" - we all wanted one.

Those who saw you take a blow to the head while batting against Australia at Lancaster Park in 1986 only to return and score the most sublime 137, know your true mettle.

You have continued to show it time and again. You are doing it now. 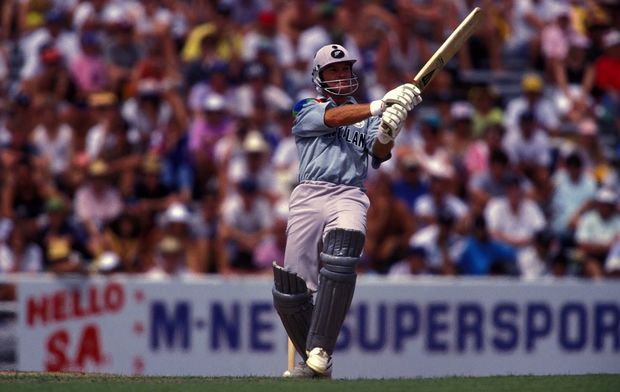 Crowe in action against Australia in the 1992 World Cup. Photo: PHOTOSPORT

In 1992 you took a fair rabble of a side to the semi-finals of the world cup. You were a genius on the field, setting the platform for future New Zealand captains to embrace risk. Your batting was in a class of its own.

Then fate, which has continually dealt you a bad hand, saw you injured and the side couldn't get up without you.

Injury plagued the rest of your career just as you had hit the height of your powers. You battled on determined to play the game you loved so much.

In 1994 you hobbled your way to a remarkable 380 runs in three tests against England. I remember wishing like hell they could do something for your knees. Imagine how many you could have scored.

You played your last test at the end of 1995, aged just 33. The injuries too much after 14 years on the world circuit. It was too short a time, especially for a player with all the time in the world.

I met you a few years later. You won't remember. I was a young journalist and you were touring the country with the Australian Greg Matthews promoting the hair business.

Matthews was wearing leather pants and acting quite bizarrely. You were politeness itself, open and willing to joke about it all. I felt at the time you were a little bit lost, post cricket.

But you re-invented yourself, becoming a naturally insightful commentator, mentor to others and creator of Cricket Max - the pre-cursor to Twenty20.

Your enthusiasm for the game never waned. A few years ago you launched a comeback of sorts, aged 48.

The reports at the time said you were in great nick and your reactions were the same as someone in their 20s. I and a lot of blokes my age were terribly excited. Unfortunately, your body wasn't too keen - again.

Then came your first battle with cancer. You were typically open and positive about it.

When you strode around the Basin in early 2014 hitting cricket balls into the crowd to help promote the world cup you looked in fine fettle. Like the clock had been turned back.

In September last year you announced your ''friend and tough taskmaster Lymphoma" was back. This time it was terminal.

You have rejected conventional treatment, preferring to enjoy as much as possible the time you have left.

You have written movingly about the game and the people in it. The pieces have been shot through with a generosity of spirit and wisdom.

Essentially, you have been saying goodbye.

In saying farewell you have been setting us a remarkable example yet again.