In today's government update, Dr Ashley Bloomfield revealed just two new cases of Covid-19, taking the total number of confirmed cases to 1126, with 348 probable cases, for a combined total of 1474. 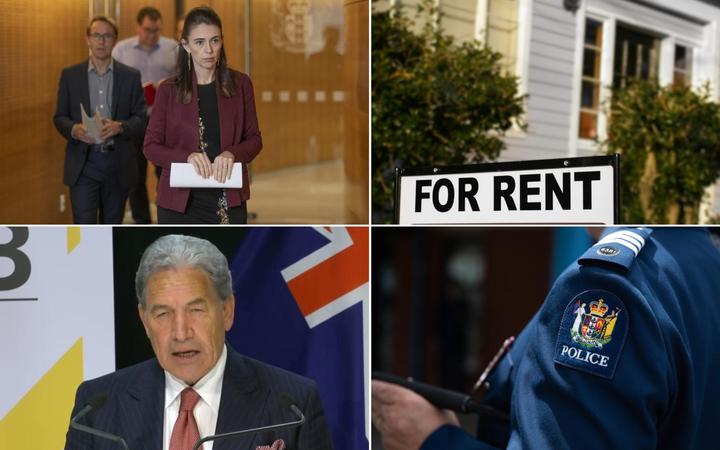 Six people are in hospital, but none are in intensive care and there have been no further deaths today.

Dr Bloomfield said 1229 cases have now recovered, an increase of 15 from yesterday, and the number of recoveries now comprises 83 percent of all cases. There are still 16 significant clusters.

He reinforced the key messages to stay vigilant during alert level 3, keeping up good hygiene and only going out when needed.

Prime Minister Jacinda Ardern also spoke at today's update and said there were 104 breaches in the first 18 hours of alert level 3.

She said 21 people were prosecuted and 71 received warnings.

In addition, there were 742 complaints made about businesses not complying with the rules, with most concerns around a lack of social distancing. MBIE is now following up these complaints.

Ardern said a firm stance on the rule remained in place during alert level 3.

The Health Ministry initially recommended New Zealand shut its borders completely - including to citizens and permanent residents - but this was rejected by Cabinet, the Foreign Minister Winston Peters revealed today.

In a media conference early this afternoon, Winston Peters said health officials had strongly pushed for shutting the borders, even to New Zealanders, to prevent the spread of the coronavirus.

Peters said while this was "understandable and appropriate advice" from a health perspective, Cabinet ministers rejected that as it was "inconceivable that we [would] ever turn our backs on our own".

He said it was the Ministry of Foreign Affairs and Trade (MFAT) that convinced health officials to keep the border open to some in both directions, and the reason he brought this to the public's attention was because they deserved to be thanked.

Rural GP Dr Tim Malloy said General practices were on the brink of closing down because of the Covid-19 level 4 lockdown.

College of Midwives chief executive Alison Eddy told the committee she's concerned pre-existing issues regarding midwifery funding and morale have been exacerbated by the Covid-19 pandemic.

She said community midwives have, literally, had to fill the gaps of other providers during lockdown and they've noticed a significant increase in work.

Eddy told the committee that, in the early weeks of level 4, community midwives had to find and pay for their own PPE and were at the whims of the DHB, she said.

During the lockdown period, about 5000 babies were born.

NZ response one of the strongest - WHO

The World Health Organisation (WHO) says New Zealand has been world-leading in its response to Covid-19.

Western Pacific incident manager Abdi Mahamud said the WHO had been particularly impressed with how the government had communicated, and how people had observed social restrictions.

"Our view of New Zealand's response has been one of the strongest in the world, and there's a lot that global communities can learn from the response," he said.

But in response to the Prime Minister Jacinda Ardern's comment that New Zealand has eliminated the virus, Dr Mahamud warned the country must not become complacent.

A 21-year-old man accused of coughing at a woman out walking in Alexandra has been arrested and charged with obstruction of a medical officer.

The charge carries a maximum penalty of six months in prison and a $4000 fine.

Police said officers' enquiries led to the arrest of the man following the incident on the Alexandra Bridge on 23 April.

In a statement, police said they recognised the last few weeks had been a challenging time for many New Zealanders but said this type of behaviour will not be tolerated.

A survey of almost 2000 tenants by Renters United shows that two thirds had lost at least a third of their income under lockdown and 92 percent of those with reduced incomes were still paying full rent.

Only 5.9 percent had received a rent reduction or deferral, Renters United said.

One in 10 tenants expected to end up in debt to their landlords and a quarter expected to have to go into debt to pay the rent, according to the survey.

One renter, who wished to remain anonymous, today told Morning Report that, when the country went into lockdown, his household's dual income dropped to less than the rent but he had to "jump through hoops" to get any help from his landlord.