Five days before the 2017 election, 500 people took part in a protest in the Waikato town of Morrinsville complaining about how farmers were being treated. So, have feelings changed? 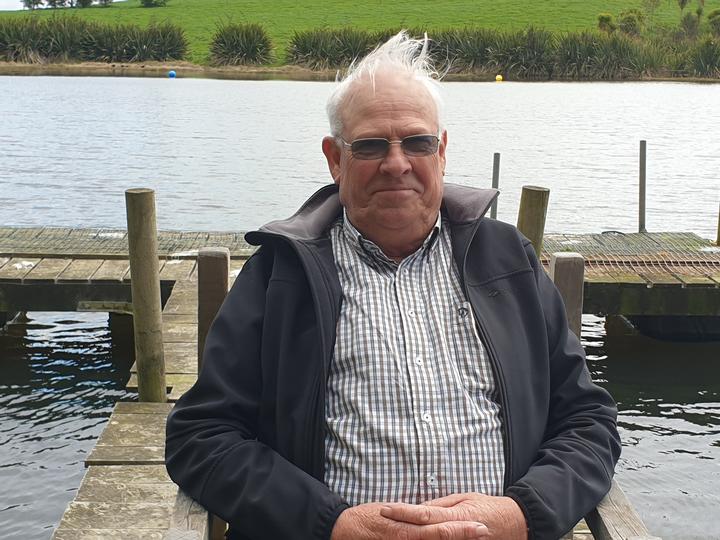 The 2017 protest was advertised as not being political, but the number of National and New Zealand First signs, and a lack of red and green made that an empty claim.

Morrinsville was selected as it was the home town of Labour's then-new leader, Jacinda Ardern.

On the day, Lloyd Downing, one of the organisers, did not dispute who was the target, saying the politics of a Labour-Greens alliance was going to be "extremely difficult" for farming.

Three years later, how does he feel now and has he mellowed at all?

''Instead of saying to us, 'hey you guys, dairy farmers, you are producing $19 billion worth of overseas funds', slapping us on the back and saying 'good job', all they want to do is think of a way of taxing us. 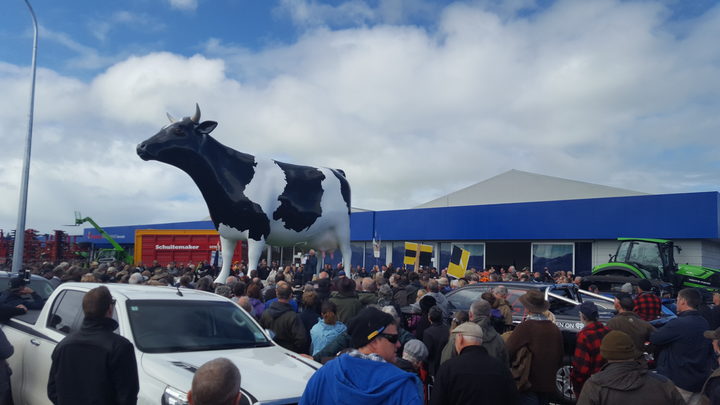 Farmers protested in Morrinsville in 2017 about what they said were continued attacks on rural New Zealand. Photo: RNZ / Benedict Collins

"They are an envy government, and I said that three years ago. They just don't know what they are doing, and I have been proved to be right.''

Downing said farmers are making environmental gains all the time, and have been for a number of years.

''We are getting there, we are not perfect.'' 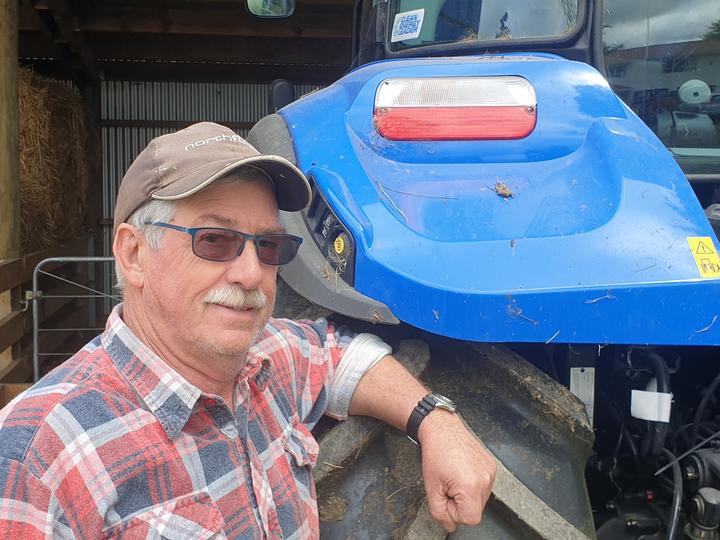 Peter Le Heron, a dairy farmer at Te Puninga, north of Morrinsville, does not believe much has changed as regards the policies of the major parties towards agriculture.

His main concern is the amount of regulatory requirements being placed on them.

''Regulation and fix this up and fix that up, but at the same time farmers are generally... 90 percent of them, are generally doing very well at fixing up their farms to be more green.

"Farmers are green anyway, but they do it subconsciously because they know it's for the betterment of their own farms and the environment.''

"It was amusing back in the 90s when I was sort of a beginner farmer, and Labour came out and said we were a sunset industry, being dairy farming.

"Well dairy farming is about 30 percent of our GDP. You could say it is even more now because tourism is on the out due to Covid. Agriculture is our future of New Zealand.'

''What we need to do is educate Joe Bloggs citizen out there that farming is a career, from being a scientist right down to being the farm worker.

"I think we do need to move forward and let people come into the country who want to work in agriculture, horticulture and forestry.''

Le Heron said most parties are missing the point when it comes to the environment.

"Forcing green actions onto a country is not good in the long term for farming. What if you go overseas and see some of the things they do over there? We are really very, very good at what we do .''

In terms of the agricultural policies of political parties, Le Heron does not feel they're any the wiser.

"We do our own things as farmers, but politicians aren't making it easier. One of the best things they could do is get rid of the [Resource Management] Act. It's draconian in terms of how it holds back the whole of New Zealand, not just farming.'' 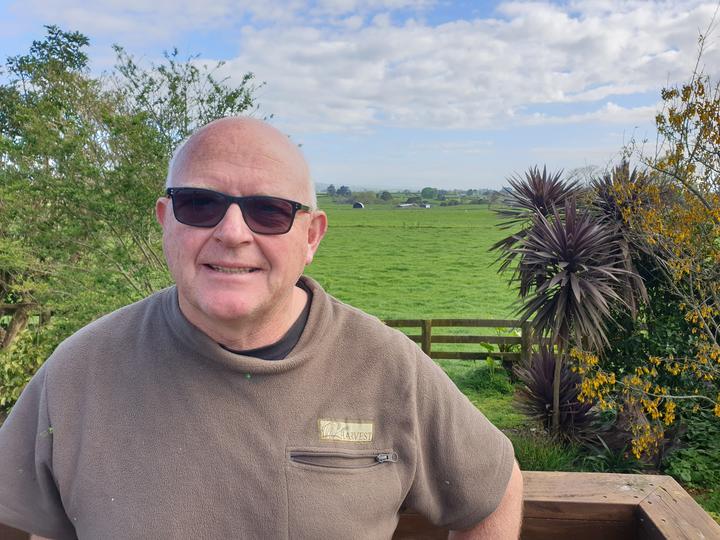 Evan Williams has farmed on the Morrinsville-Tahuna Road for over 30 years. He attended the 2017 protest.

"In the end I kind of wished I hadn't, because I thought it wasn't necessarily the best thing for farmers. The idea behind it was great, but yeah it only takes a few loud-mouths to spoil it.''

While he was against the idea of a Labour-led coalition winning three years ago, his views this time around have changed slightly.

''In my opinion they haven't done a bad job. Except we really need New Zealand First, dare I say it, to keep the Greens and Labour honest, and I think they have done a kind of good job of that.

"But I think it scares us what is happening if it is a Labour-Green government, and hopefully they will look after farmers because it doesn't feel like they have particularly well.

He said farmers are generally a bit happier than they were in 2017, especially dairy farmers like himself.

"We are happy enough and optimistic for the future, and as long as they don't do anything silly, we will be happy." 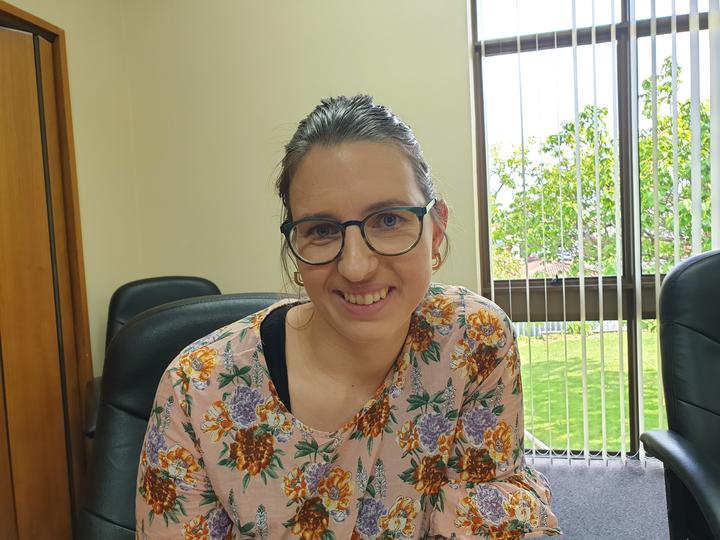 Melissa Slattery has been dairy farming on a property near Morrinsville for four seasons and also works as an accountant in Te Aroha.

Her message to whoever becomes the government is not to ignore the industry, but to partner up with it and find solutions together.

Slattery said farmers still feel uncertain because they don't know what may come from whoever gets into power.

She cites climate change and fresh water policies as concerns.

Lloyd Downing does not rule out that future farmer protests might be held, but does rule himself out, saying at 72, it's now up to the younger guys.

Greens co-leader James Shaw told Morning Report it was reasonable for farmers to want financial support to transition to more sustainable methods, which is what the party was proposing.

"The package that we're taking into this election is built around the idea of a $300 million support package - you would add that to the $700m that we've put in over the last 12 months for the freshwater reforms, and that's over a billion dollars of support for farmers to help make those changes and the vast majority of them that's what they want to do."

He said the proposed nitrogen cap would not affect the vast majority of farmers, and any revenue it raised would go directly back into supporting farmers.

"The nitrogen levy that we're proposing is set at a very low rate simply to send a price signal for people to be a bit more efficient about the use of nitrogen fertilisers."