A study of sheep and beef farmers' attitudes to managing biodiversity on their farms showed more than 90 percent supported its merits. 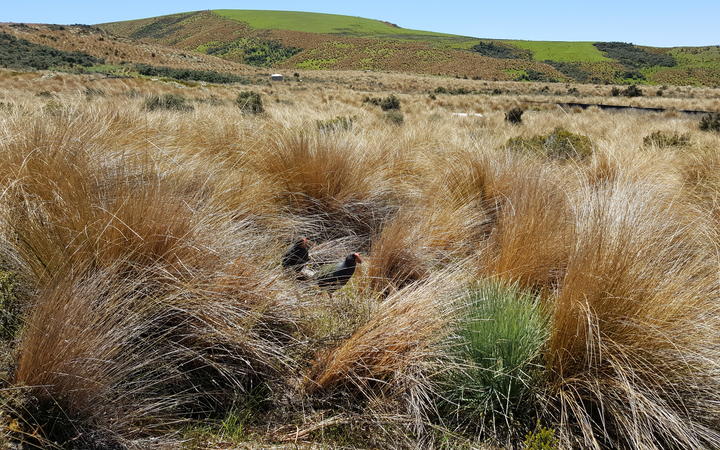 The survey by AgResearch, AUT University, University of Canterbury, and the Catalyst Group, highlighted that many farmers associated a range of values and benefits with biodiversity on the farm, spanning social, environmental and economic themes.

As part of a study funded by the Biological Heritage National Science Challenge, 500 farmers around the country took part in the survey that was published in the New Zealand Journal of Ecology.

Auckland University School of Biological Sciences associate professor Bruce Burns said that while the results showed most wanted land protected for future generations, there were barriers to conservation efforts, such as the cost and time needed to do this.

"Farmers get a bit of a bad rap over how they manage their land sometimes, from urbanites, or others who may not have a good window into rural lifestyles, and yet most farmers do an amazing job conserving biodiversity on their farms.

"We should be grateful to them for the effort they put in to keep that element of biodiversity for all of society, but having said that there are some farmers of course who don't manage that element of their farms very well.

"It's like one bad apple tend to affect people's attitudes across the board."

Burns said a major downside for farmers was how they should cope with the costs of managing such areas, in dollars and time.

"There is a cost to managing those areas - to manage them properly they have to plant up areas of the farm that perhaps shouldn't have been cleared in the first place.

"They're also tasked with controlling pests like possums on the farms, so in some ways there's a little bit of inequity here.

"Biodiversity can be thought of as a social benefit for everybody, but only a small portion of those farmers are being tasked with the cost of maintaining that biodiversity."

Burns said that was a task for policymakers, and there were good examples overseas including Europe, where farmers were subsidised for managing natural ecosystems on their farms.

'Decline in our native bush'

Dr Melanie Davidson of the Beneficial Biodiversity Team at Plant and Food Research said an aspect of the study that resonated with her was the fact that sheep and cattle farmers were the custodians of much of the privately-owned native bush in New Zealand, and many farmers saw the advantages to having native bush on their farms.

"Despite this, we are still seeing a decline in our native bush.

"The study highlights our need to show how native bush on farmland can bring an economic benefit to farmers, such as providing habitat for beneficial insects (pollinators, predators of insect pests, and decomposers), erosion control, carbon sequestration excess nutrient uptake, and improving water quality of streams and lakes."

Davidson said the message that came through was the need to do more to support farmers in protecting native bush, whether it was getting out and helping farmers plant native plants on their property, or providing better access to information and advice on how to manage and protect biodiversity on their farms.

Bio-Protection Research Centre principal investigator Steve Wratten said pastoral farming could harbour more biodiversity than arable land and orchards, and used fewer pesticides as these sprays were usually not economic in that type of farming.

He said it was also important to look at what type of biodiversity was harboured on farms, and the ecological services it provided to the landscape.

"Farmers who can demonstrate the added-value of functional diversity on their land will really have a story to tell," Wratten said.