A group of farmers say proposed laws around preserving native flora and fauna on their land will penalise those that have already done the most to look after it. 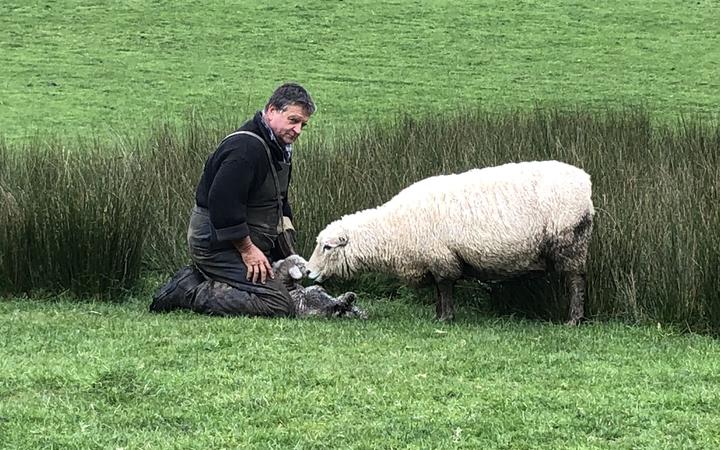 A national framework on indigenous biodiversity being consulted on now, aims to clarify requirements on protecting biodiversity on private land - which has never been clear under the RMA.

But even though farming representatives helped draft the policy, some farmers have come out swinging, with Beef & Lamb urging its members to submit against certain details in the plan.

For them, farming at the foot of the Tararua Ranges is a way of life they've known for almost 40 years.

But under the draft National Policy Statement - Indigenous Biodiversity, this way of life may become a memory, as the cost of maintaining the natural areas in and around his farm would be prohibitive.

And Roger Barton is so close to retirement, he was ready to wash his hands of the effort and hand the land over to developers.

"I think the easiest thing to do is just do a major lifestyle development and carve the place up.

"It's going to be quite difficult to farm in and around that stuff and actually kind of makes it untenable, farming some of that area."

The couple's farm is currently 213 hectares, which he thinks would make about 20 lifestyle blocks.

The farm used to be over 500 hectares, but they gifted most of the land to the QEII National Trust 30 years ago because it was native wetland and hill country.

The National Policy Statement on indigenous biodiversity, as it stands, requires councils to point to areas where there is significant vegetation and native fauna, and manage the protection of these areas themselves.

But Beef and Lamb said wording in the current proposal could mean farmers were legally required to actively manage pests and weeds on their land and perhaps even retire land altogether.

It has left people like Roger Barton fearing the new guidelines will "lock up" what he has already done and limit what he can do with the land around the spots that councils identify as significant.

"Sometimes regulation can create different signals. It can create having something like that as a liability, it's something that isn't ideal - and that would be the worst outcome we could have for New Zealand."

Forest and Bird lawyer Sally Gepp said the policy, which she helped draft, will be one of the most important planks of environmental law that New Zealand has seen in decades.

Gepp said in places like the Mackenzie Basin there had been massive, irreversible loss of habitat due to unique habitat being converted into irrigation farmland.

"We've got to lift the bar and stop losing habitat. Let's get this thing in place. Let's get a clear, fair and transparent process for identifying ecologically significant areas on public and private land."

She said some of the fears farmers had were unfounded.

"There's no way under the Resource Management Act that councils can require farmers to manage pests and weeds. They may have obligations under the Biosecurity Act in regional pest management plans, but that's completely separate to this."

She said New Zealand already had national policy statements on things like freshwater, electricity and coastal environments, but we've never had one on native species.

The idea to clarify this was first mooted 20 years ago, but intense debate and lack of political will has suffocated the process every time.

She said the policy was designed to put an end to lengthy legal battles between councils, landowners and communities. 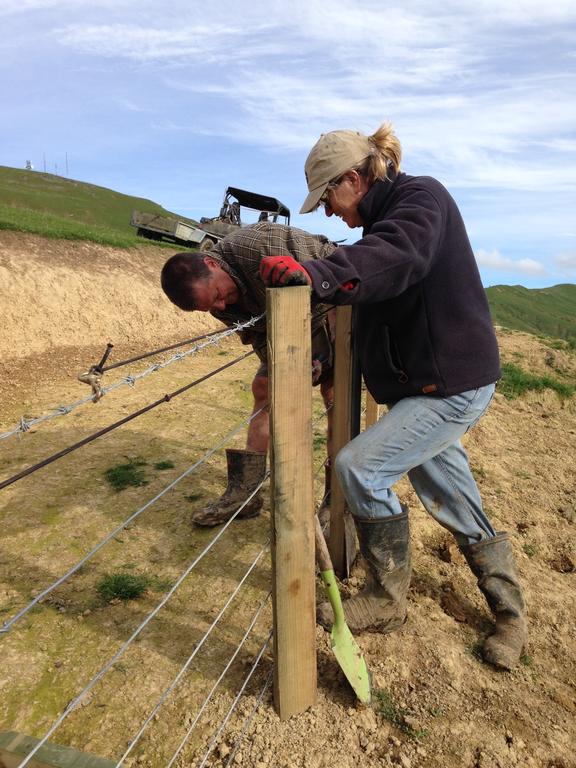 Roger and Barb Barton work on fencing at their boundary. Photo: Rachel Thomas

Conservation Minister Eugenie Sage was unavailable for an interview but, in a statement, said despite all efforts, we were still seeing substantial and ongoing loss of wetlands and native bush.

Minister Sage said New Zealand has lost almost a quarter of our wetlands since 1990 - the bulk of that on private land.

"We need to go further and faster to protect our remaining wetlands and native bush, so that future generations can enjoy our unique landscapes too."

National board member Chris Allen served as a trustee, alongside Sally Gepp, on the group that helped draft the initial policy.

He said the resistance was disappointing but understood farmers didn't always see eye-to-eye.

"There is a bit of a tension. It is disappointing, as being a trustee of the group we were trying to coalesce and get all the ideas. But we were also very cogniscent that there are going to be slightly differing views as to what actually this means on private land and what the problems are.

"But language can actually help sort out a lot of the issues."

Roger Barton said last time he tried to come up with a number of what the couple spent on biodiversity each year, he came up with $16,000 - most of which was voluntary.

While some farmers need guidance, he said that was what regional councils were for.

"Leave me alone to manage my patch as I'm doing. When I'm getting it wrong, by law, come and tell me.

"At this stage I'm doing more than I'm meant to, not less. Just leave me alone, Wellington. I'm sick of you."

The consultation process closes on 14 March.