Clevedon dairy farmers say the drought currently gripping the upper North Island is the worst they have ever seen. 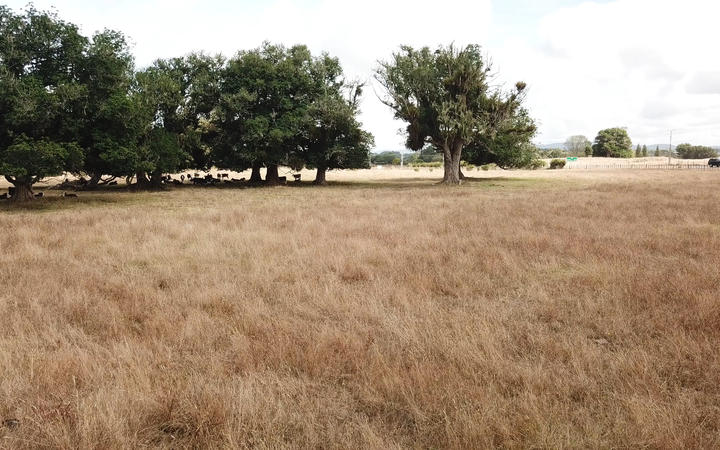 The government yesterday declared drought conditions in Waikato and South Auckland, which unlocked $80,000 of government funding for the Rural Support Trust to help support affected farmers and growers.

A similar declaration was made in Northland earlier this month.

"It's a struggle just to find feed for them. It's a daily round of making sure they've got water - which is the big thing - and feeding them. We're supplementing with silage and buying in feed for the young stock, who don't cope as well as the older ones," she said.

"My husband's been here his whole life and this is the worst he can ever remember."

She said the dairy cows had dried off - stopped producing milk - about two months earlier than they usually would.

Agriculture Minister Damien O'Connor said the lack of any substantial rainfall over the past few months meant the drought situation in the region had reached the point where assistance was needed to help the rural community get through.

"Farmers in Waikato are no strangers to dry summers and they have had good grass silage on hand to date but the longer they go without rain, the harder it becomes to carry on as usual," he said.

"I'm continuing to keep a close eye on conditions in Northland as well as many other parts of the country, in case more help is required. The government is committed to doing all we can to support farmers and growers at what is a very challenging time."

Work and Income and Inland Revenue also had some recovery measures to help rural people get through drought.

O'Connor said farmers should seek professional advice from Rural Support Trusts, DairyNZ and Beef + Lamb NZ, as well as talking to banks and accounts about help with payments.

Announcing the drought warning, O'Connor said the government support was "recognition that the extreme and prolonged nature of this dry spell is taking its toll on the primary sector and additional support is needed".

"The lack of any substantial rainfall over the past few months means that the drought situation in the region has reached the point where assistance is needed to help the rural community get through."

Auckland's Watercare this week asked residents to curb water use after water use records were broken three times in a week.

It warned that city water restrictions may be in place in April if hot, dry conditions continued.