A new tomato venture in Northland could go some way in easing the spike in tomato prices seen during the winter period. 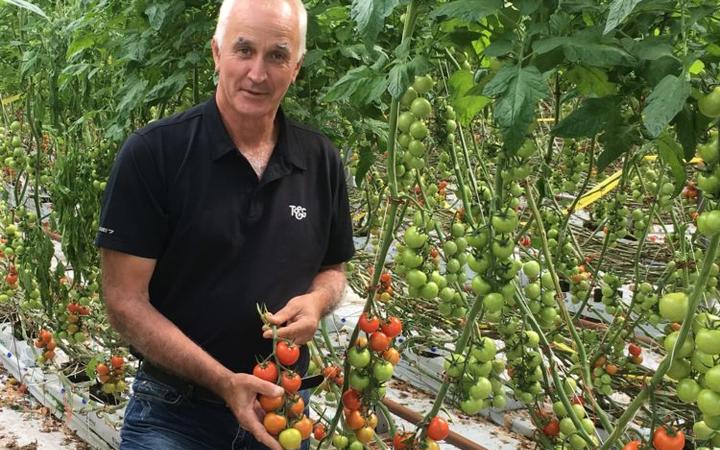 The glasshouse will be the first of its kind in New Zealand with the use of 100 percent LED lights, which Rohe Produce said would increase yields by 50 percent per square metre.

Managing director Greg Prendergast, previously head grower manager at T&G Global, has been involved in the horticulture industry for four decades. He said tomatoes were a popular crop, but there was an opportunity to better serve New Zealand consumers.

The availability of a consistent supply of good quality tomatoes would develop and expand a market which until now had not had a regular source of large scale commercial organic production, he said.

"You mostly see tomatoes at the moment hitting $12 or $15 a kilogram in retail markets simply because there's not enough tomatoes in New Zealand at the moment.

"As much as it's good and nice for a grower to get that kind of money, consumers don't want to pay that money. By having consistent yield through those winter periods we just make tomatoes more affordable for everybody."

The company earlier this week received $14 million loan from the Provincial Growth Fund.

It is estimated about 200 construction jobs will be created for 12 to 18 months during the glasshouse build, and about 110 permanent jobs once operational year-round.

Prendergast said a tomato glasshouse of this size had not been built since 2003. The operation would be sustainable - with water recycling, clean energy sources and the use of good bugs to manage pests naturally, he said.

"[It is] a bit harder to grow organic, but being in the glasshouse industry for 42 years I just see this as the next step," Prendergast said.