A Facebook page for Hawke's Bay farmers struggling with severe drought is being credited with saving lives.

The lack of rain, lack of feed and trouble selling, or sending stock to the meat works because of Covid-19 restrictions is putting untold pressures on farmers.

But one young farmer's efforts are providing a little relief to those in need.

Poppy Renton, 19, set up the Hawke's Bay Drought page on Facebook, which has attracted more than 2000 members within a week of going live.

While there have been droughts before, this one is longer and harder than most have ever experienced and pandemic restrictions mean they're also having to face these struggles alone.

"Normally you would be able to go to the stock yard and sell stock, but also talk to your friends. But you can't, and you can't go down to the pub with your friends and offload some stress." 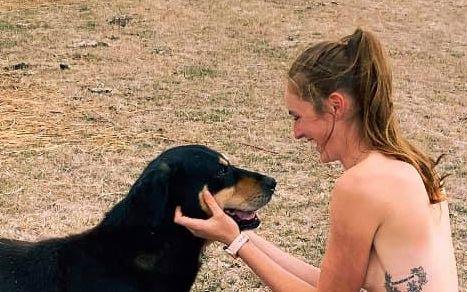 Poppy Renton has posted a nude photo of herself on Facebook to encourage farmers to "bare all' and seek help during these tough times. Photo: Facebook / Poppy Renton

The page has become a place for farmers to share their own drought stories, swap tips on things like where to get feed and who is buying stock.

"It's just taken off, and I am amazed that people are saying I've saved lives."

And Poppy's also put herself out on a limb, posting a nude picture of herself on the page in a bid to get people to "bare all' and seek help during these tough times.

Renton knows just how tough it is for farmers in Hawke's Bay and across the North Island right now.

Five generations of her family have farmed in Maraekakaho, west of Hastings, and she hopes to be the sixth. But they've never seen it so dry on their farm as they have in the last few months.

Desperate need for feed for stock

They've only had had a few millimetres of rain, where they need hundreds; the normally green grass, is now brown and every day is a desperate search for feed.

"We've got about 28 days of feed left. We're trying our hardest to get feed in, but can't."

Four orders of feed had failed to turn up, because it would get snapped up by someone else first. The one order that did was of such poor quality the animals couldn't eat it, Renton said.

Without enough feed her family have had to sell dozens of stock, which means their income for next year will also be affected, she said.

A few kilometres down the road, fourth generation farmer Jay Sorensen is also praying for rain.

"We haven't had any decent rain since October last year. It's really dry. There's limited supply of feed around the country, hay and baleage is difficult to get and if you can get it, it's very expensive.

"We just want to feed out stock the best we can... it's all adding to the cost but it's all about the stock and getting them in the best condition to get through."

Sorensen and his wife, Amy, bought the family farm from his parents in January. That same month they had to start feeding their stock from winter supplies, and they've also had to sell animals to get through.

With lambing season just a few weeks away on his 200-hectare sheep and beef farm, he was praying for rain so they wouldn't have to keep feeding out during lambing.

"That's going to be tricky - feeding ewes with lambs at foot."

He had a plan to get through the next two months, he said. "Surely it has to rain in those two months... I'm an optimist."

More than 150ml of rain was needed in the area to break the drought. Light rain in the last few days had delivered just 10ml.

Sorensen said he had found support from friends and in Renton's Facebook page to get through this tough time.

"It's been really good to get the word out that we are really struggling and times are tough.

"But we will get through it, we will come through the other side." 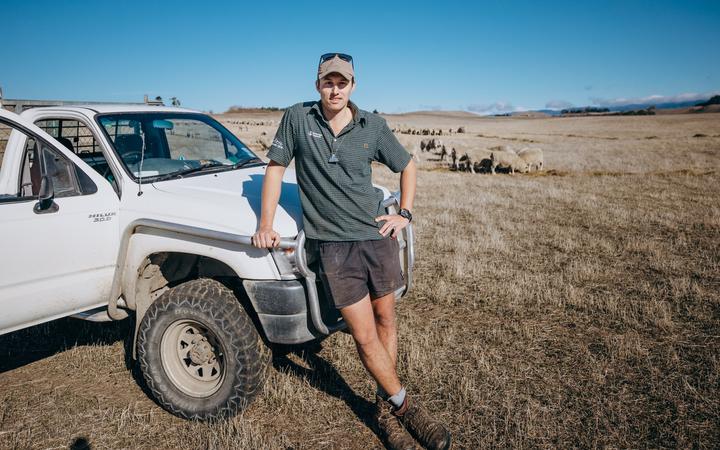