Tight feed supplies and ongoing drought are forcing some dairy farmers across the country to dry off earlier than usual. 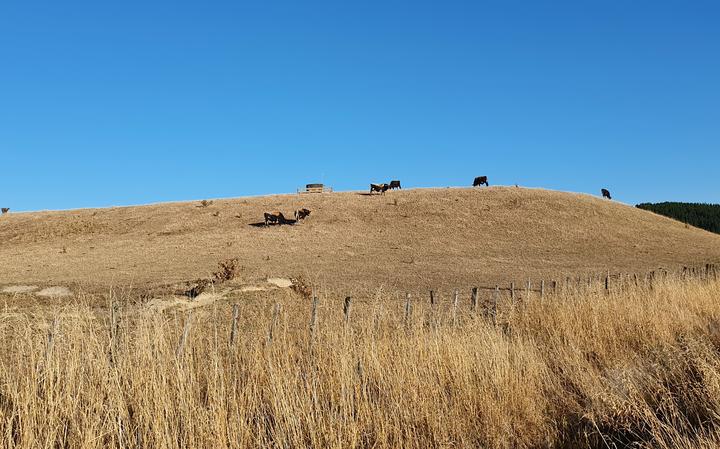 Fonterra Farm Source director Richard Allen estimates that about 13 percent of farmers have dried off by mid-April compared to 8 percent at the same time last season.

Last month, Agriculture Minister Damien O'Connor declared a large-scale adverse event in the North Island, parts of the South Island and the Chathams. The worst-hit region, Northland is still holding out for decent rainfall.

"The region is still extremely dry. We have had between 3mm and 30mm of rain around the region but it's not drought-breaking," Manjala said.

He said that farmers currently Autumn calving would be facing a very difficult season ahead.

"It is going to be a tough winter for farmers still milking with a lack of pasture cover and supplementary feed available."

She said the lack of feed had forced them to pull the pin on the milking season on Easter Saturday, 50 days early.

"We had some recent rain, but it wasn't enough to get us through," she said.

Woodward said they had baleage in feed as far afield as the Manawatū but rises in feed costs meant it was no longer financially viable for them to keep buying in feed and milking the herd.

She said they had hoped to be able to milk right through to the end of the season on 31 May but said drying off was their only option.

"Drying off will allow us to conserve what grass we have left, and we are hoping growth rates stay up enough to build up some pasture cover for the winter," she said.

The drought conditions are also seeing a rise in calls to the Rural Support Trust as more farmers seek help.

"We have never seen it so dry," she said.

"Dams that some farmers have used for 40-50 years are drying up."