A ship which will be used to carry thousands of cows to China has berthed in Napier without the required export certification.

The Ministry for Primary Industries (MPI) says until it's satisfied the Yangtze Fortune meets animal welfare conditions, the export certificate won't be issued.

The ship arrived at the Napier Port yesterday afternoon to collect 4700 breeding cows to set up dairy farms in China.

MPI said the ship would be inspected by vets to determine if the facilities and conditions on the vessel met the required standards.

"If these assurances are not provided, the export certificate will not be issued."

The Chinese ship, was being investigated by The Australian Department of Agriculture after it was turned away from Portland following a biosecurity breach on 23 August.

MPI said while the ship has 'Australian Certificate for the Carriage of Livestock' there had been issues with livestock tagging in the past. 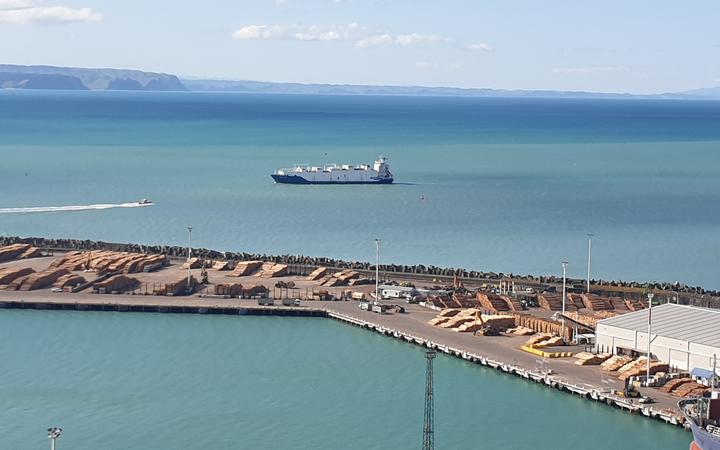 But the animal welfare group SAFE said it hoped the ship refused certification because of its track record.

SAFE chief executive Debra Ashton said: "We're really not sure why on earth the boat would be here this soon when the certificate hasn't been approved.

"We hope that the boat will fail the certificate and all of the checks because it does have a pretty bad history of animal welfare."

Ms Ashton said it was surprising the boat had arrived in the country before a export certificate was approved.

The government ordered a review into the live export trade in June.

MPI said they had introduced stronger requirements earlier in 2019 which stipulates exporters are required to provide a report on the condition of the animals 30 days after the arrival at their destination.

But MPI said: "Since the last shipment took place, and while a review is underway, we have gone even further and now require additional assurances from exporters on the post-arrival welfare of animals, including information on their final point of destination and travel arrangements."