Exports of live farm animals might decline even further when a government review wraps up in about a month. 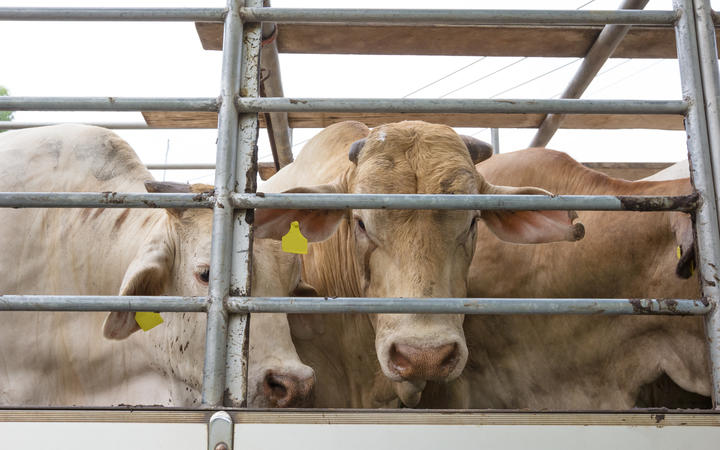 Earlier this year hundreds of New Zealand and Australian cattle died after they arrived in Sri Lanka. Photo: 123RF

That review is likely to prohibit exports of live cattle as a default position.

Exemptions would be granted if applicants could prove that conditions for the animals were good both on board their transit ship and at the country of their destination.

Sales of other stock besides cattle are not affected at this stage but could be brought in later.

PGG Wrightson, a company that previously dealt in live cattle, is however shrugging off any risk of serious losses from a government crackdown.

The government review started after hundreds of New Zealand and Australian cattle died after they arrived in Sri Lanka.

The shipments were organised by an Australian company.

Agriculture Minister Damien O'Connor said several options were being considered but a conditional ban on live cattle export was one that he favoured.

His comments followed a progress report presented to Cabinet this week.

"The continued export of cattle may be a risk to New Zealand's brand," Mr O'Connor said.

"The time has come to rethink this area and consider whether it's something that fits within our values as a country.

"When animals leave New Zealand we set conditions that are considered world-class by veterinarians.

"There have been incidents over the last few years that highlight the fact that once animals leave New Zealand we have very limited ability to ensure their wellbeing when they reach their destination."

These comments follow a series of controversies about live exports from Australia.

Here in New Zealand, the value of the business has been on the decline.

In response to the announcement, Federated Farmers said it supported having a review of the trade, but conditions for animals on ships were better than was sometimes portrayed.

It cited one case where live sheep were sent to help Mexico recover from a drought, that benefited both countries.

PGG Wrightson said it used to do live shipments but had not done any for a while because the market for these shipments had dropped.

The minister said the policy would apply to cattle at this stage, but that might not be the end of it.

"The vast majority of the value of [shipped] animals is horses that go around the world.

"We [also] have exports of day-old chicks, as well as goats and others.

"Cattle are where we have had difficulty in ensuring the welfare of animals when they reach their destination, but there may be other incidents where we need to have a closer look at other animals species."