A lot of the North Island is crying out for rain and farmers are checking the rain radar to make sure wet weather forecast for the weekend is still planning to arrive. 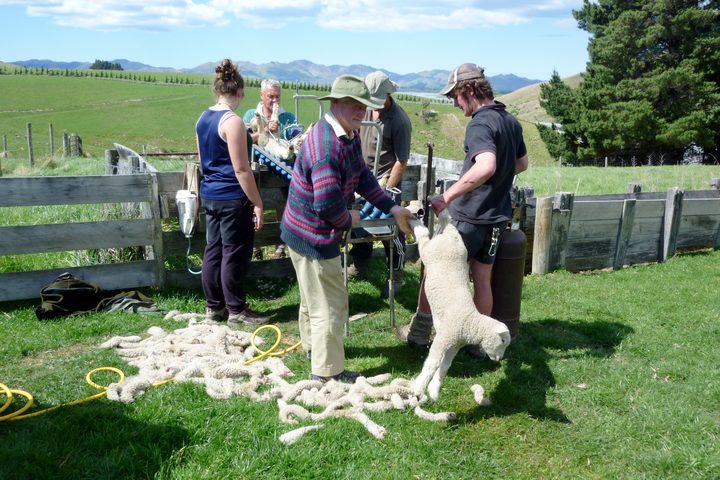 In Northland around Dargaville, the dry conditions have been ideal for planting kumara but now they need a drink as does the grass. The stock market is okay but would be a lot better if it rained. Next week Dargaville is hosting its spring cattle fair. There will be 1500 cattle to sell over two days and stock agents are hoping Northland buyers will be joined by others from around the North Island.

Around Pukekohe more irrigators have been turned on. Some growers who have returned to carrot production are now harvesting the crop. After the wet winter, a few growers are taking the opportunity to collect their topsoil from retention ponds at the bottom of the slope and return it to the top of the field.

It is a frantically busy time for dairy farmers in Waikato. Cows are generally producing at much better levels than last year. Mating seems to be going well, a mix of crops are going in and the smell of chicken manure is permeating the air - it's put on maize paddocks when they are cultivated.

Bay of Plenty kiwifruit growers are madly thinning down gold flowers but finding enough people to do the job has been difficult. Pollination has started and will be going for the next few weeks. Flower numbers are looking great in green and gold blocks but there have been some worrying nights with cool temperatures and the threat of frosts.

#paradise that is #newzealand. Even the weeds are beautiful. pic.twitter.com/iDiZ5BeKlU

In the southern King Country dairy herds are also milking up on last year and cycling well for artificial breeding on the plentiful supply of sun-sweetened spring pasture. There is no surplus yet on the milking platform but runoffs are closed up and will be ready to start silage making in two weeks.There was some good rain on Thursday night but more is needed to keep the dairy farms in their very positive production mode. Feed is tight on sheep farms under the demand of very high lambing percentages and beef cow calving, which is now in full swing.

The Kaitiekie trek last weekend was a great success for the local school. A record 97 riders registered and for the first time in its 17 year history, riders enjoyed three days of fine, hot weather, firm and dry underfoot and fordable rivers. The fundraising auction raised $13,000. 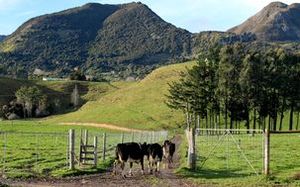 Taranaki has had lovely fine weather - but a bit too much of it. Lots of crops have been planted and are waiting for rain. Cows are milking well; at least 7 to 8 percent more compared to the same time last year - but that was a pretty poor period. As long as there's decent rain soon, everyone will be saying it's the perfect spring.

Hawke's Bay is looking for a shower to get grass moving. It won't be long until early lambs are picked for the works.

Manawatū had five millimetres of rain overnight on Thursday but needs 55. Really good docking results are coming out of the hill country - up 10 percent on last year. There are lots of thirsty crops in the ground here too. 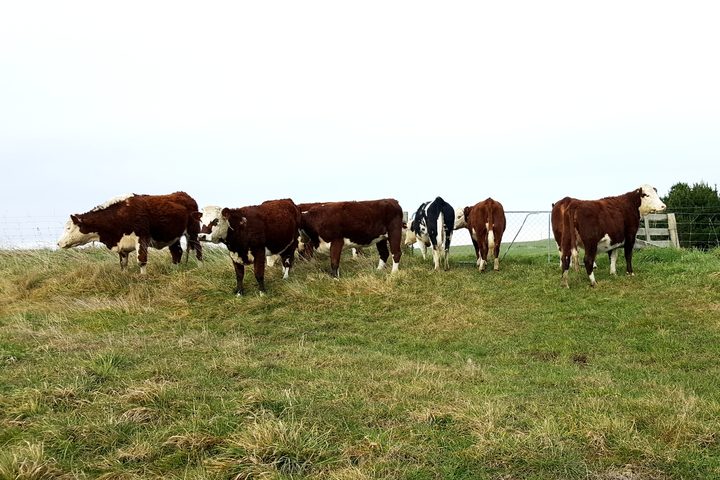 Rangitikei has had just 21mm of rain so far this month.

In Wairarapa some water restrictions have already been imposed and a lot of irrigators are on. Cows are milking okay - but there's not a lot of surplus grass. Sheep farmers too would like to see a bit more growth. Cropping guys are getting nervous - crops in the ground need moisture.

There was rain on the roof at our contact's house in Horowhenua on Thursday night and that was exciting. It wasn't a great deal but it's a start and the forecast looks hopeful for next week. Water is the ingredient missing in the recipe because the temperatures are good, cows are milking well, mating has started and the early indications are promising. The asparagus crop looks stunning because of the good weather. The first exports left for Japan on Friday.

Farmers in Golden Bay could do with a bit of rain after a 1 or 2mm tease on Thursday night. In contrast to a wet August, there has been very low rainfall in September and October. Fodder beet and maize is being sown and tailing is in full swing on later lambing farms. On dairy farms, cows are milking well across the Bay.

Marlborough needed some rain this week and got it - up to 25mm was recorded and it's perfect timing too as most summer crops are in the ground. People are tagging calves now that lamb tailing is done and dusted. Currently lambs are on good quality sub-clover and lucerne are putting on 350 to 400 grams a day. They are expected to the works from mid-November onwards. In the provinces vineyards, sulphur based spraying programmes are underway to protect vines against powdery mildew and botrytis.

A dollop of rain this week was welcomed by farmers up the Grey Valley on the West Coast. Crops are going in and some hay and silage has been made. People have started weaning calves and heifers are being mated. Milk production is up on last year but our contact at Rununga says that's not hard as it was such a lousy season!

Canterbury just had very well received rain with about 20mm falling on Thursday. Previous to this, things were drying out and some light ridges were starting to change colour. The last of the fodder beet planting is happening and paddocks are being prepared for later sown spring crops such as maize and brassicas. Farmers remain optimistic with a good spring to date and product prices at historically high levels. 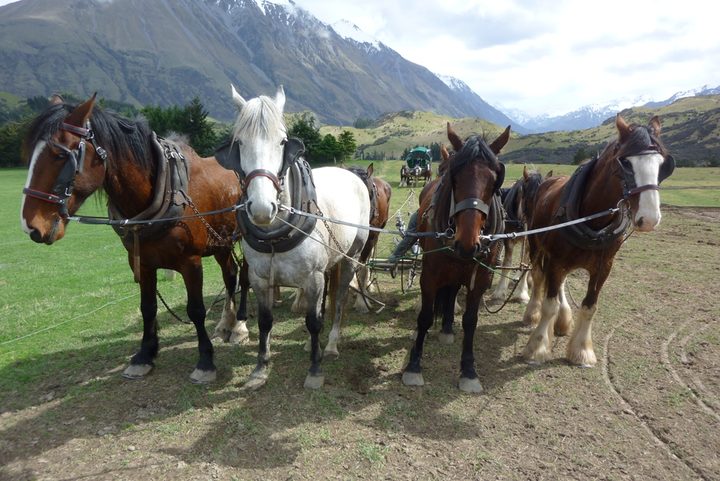 A fresh cover of snow has freshened up the mountains in Central Otago. There was a good dose of rain on Thursday too. The first cut of hay will be made soon as lucerne is knee height already. People are getting well through lambing now and with tailing beginning soon, for those with an acquired taste, it's mountain oyster time. Our contact says some years he takes half a bucket to the pub and they have a fry up.

Coastal Southland had 12mm of the wet stuff on Wednesday so a reasonable top-up but conditions are still dryish. When we spoke to a farmer at Waimahaka he was shifting stock and making sure water troughs were full. He has finished tailing the lambs and now he is getting ready for mating on the dairy unit. This will start with starting with bulls going across heifers and then AI for cows.

You can find out more about Country Life.