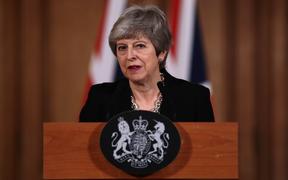 The ongoing saga that is Brexit took another turn this week when it was announced that British PM Theresa May would make a written offer to Labour Party chief Jeremy Corbyn to set out the government's offer on the UK's departure from the EU. This comes at the end of another long at fractious week in Westminster, and has political commentators and conspiracy theorists alike suggesting that May  is actually setting a trap for her opponent, either to take him down with her, or trying to drag the UK past the point where it would be able to seek a long extension that would allow a second Brexit referendum to take place. Guardian Brexit correspondent Lisa O'Carroll joins the show with all the latest on the story that truly keeps giving.

7.18 Paul Brislen: Huawei not in the business of dotting i's and crossing t's 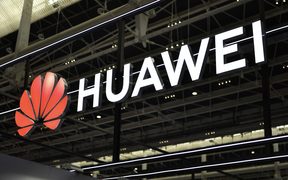 A serious flaw in the Huawei Matebook laptops, which was discovered this week by Microsoft researchers, could have been used to take control of machines.  Though there is no evidence the "sophisticated flaw", which was reportedly introduced at the manufacture stage, was malicious handy work by the company, Huawei is coming under increasing scrutiny for its close ties to the Chinese government, and the flaw allegedly had all the hallmarks of a "backdoor" created by the US's National Security Agency to spy on the computers of targets. New Zealand tech commentator Paul Brislen from Brislen Communications offers his take on the flaw and the Huawei story.

A weekly digest of the events in Parliament with Daniela Maoate-Cox and Phil Smith. This week our parliamentary programme looks into how far Parliament has progressed with legislation to tighten firearms laws

This week's calling home guest is Gavin Bell who's living in Oslo Norway. He speaks to Jim about his life in the Scandinavian country and why it's so similar to New Zealand. He also explains that many of the foreigners who wind up migrating to Norway do so because their partner is from there. He also talks about the unique business he runs using A.I to make decisions for large businesses. 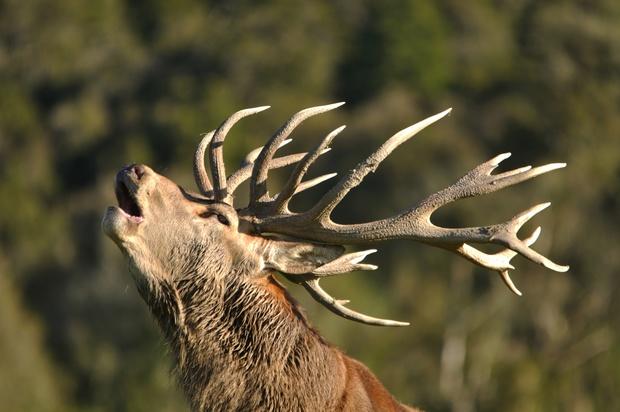 As legislation to ban most types of semi-automatic and military-style guns after the atrocity of the mosque attacks works its way through parliament, Philippa Tolley explores how gun owners are responding.

Three Minutes Max: short, sharp opinions from commentators around New Zealand. Today athlete Lisa Tamati shares her story about trying to conceive a family using a surrogate, and her hope that it's an option for more families in the future.

8.38 Chris Lewis: Daylight Saving, keep it or ditch it? 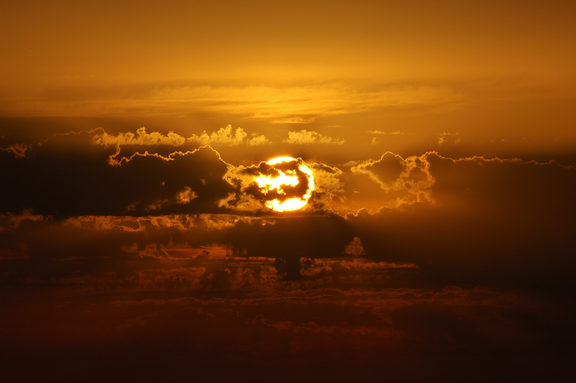 The clocks in New Zealand are turned back an hour this weekend, either to your delight or absolute chagrin, depending on which side of the fence you sit on. Federated Farmers Dairy Chair Chris Lewis certainly knows where he stands on the issue. He'd like to see New Zealand ditch Daylight Saving, which in its modern form was introduced by New Zealand entomologist George Hudson, altogether and plump for permanent summertime hours. He joins the show to explain why farmers, in particular, are against the clock changes that Kiwis are forced to endure at this time of the year. 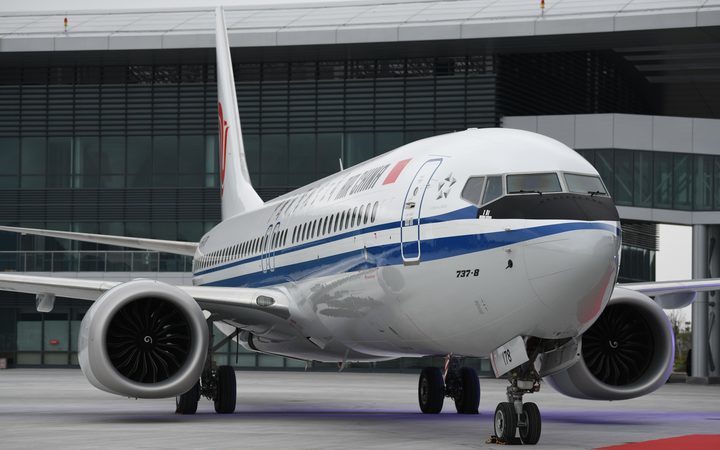 The initial report into the Ethiopian Airlines ET302 737 Max crash, which killed all 157 passengers and crew, has just been released amidst questions in the aviation industry about Boeing's practice of selling Boeing 737 Max safety 'extras' as additional add-ons in sales packages. The report points to a little known quirk on the 737 Max plane's troublesome MCAS (Manoeuvring Characteristics Augmentation System) being to blame for the Ethiopian Airlines crash. Aviation reporter Steve Creedy from airlineratings.com says criticism of Boeing coming out of America about its policy of offering safety 'extras' for an additional cost has been largely blown out of proportion

9:37 Nick Liddell: Changing from wasteful consumerism to a circular economy 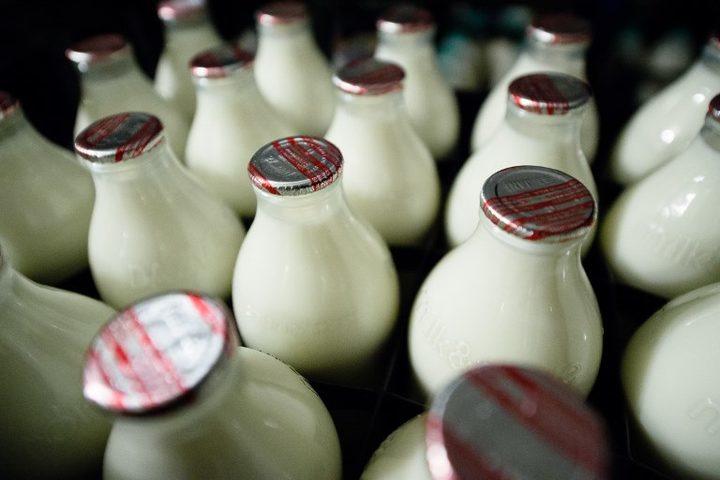 Nick Liddell's job is to try to get companies and consumers to be less wasteful and to make a difference to the planet. In his role as Director of Consulting at branding agency The Clearing he's been on a drive to encourage businesses and buyers to go back to circular economies. He says that his research has shown that while younger generations are vocal about recycling, protecting the environment and conscious consumerism, it's more likely that they are also more wasteful and shop mindlessly. He says older generations are more likely to mend and make do than younger people who are more likely to buy and dispose of clothing in a very short amount of time. Nick explains to Jim how companies can turn around the wastefulness, still turn a profit and get younger generations on board.

British pre-eminent military historian Sir Antony Beevor's books include the international bestsellers and prize-winners Stalingrad, Berlin and D-Day. He was educated at Winchester and Sandhurst where he studied military history. Since then he's gone on serve in the 11th Hussars as well as write four novels and twelve non-fiction books. Published in more than thirty languages, and the recipient of numerous honours and awards, Sir Antony Beevor's 13 histories of 20th century conflicts include Crete - The Battle and the Resistance, Stalingrad, The Battle for Spain and, most recently, Arnhem. He speaks to Jim about what he's learnt about conflict and wars as well as his predictions for the future. Sir Antony will be in Auckland for the Writers Festival in May. You can find the details of his sessions and discussions here.

Three Minutes Max: short, sharp opinions from commentators around New Zealand. Author Catherine Robertson has been thinking about the merits of feeling good about not being good at things.

Mark Knoff-Thomas, New Market Business Association CEO, speaks to Jim about a survey showing how many people shop after having had a few drinks. The U.S survey of over 2000 alcohol-consuming adults found that drinking and shopping is an estimated 48 BILLION dollar industry. Mark Knoff-Thomas also says the phenomenon of spending under the influence is not restricted to online purchases, and that bricks and mortar retailers also have their share of  customers indulging in retail therapy after knocking back a few drinks. 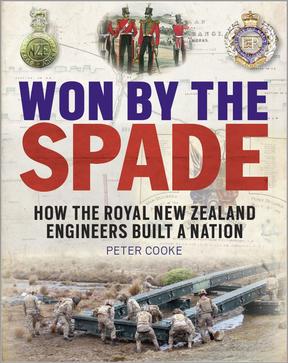 Historian and author Peter Cooke's looked back to the early days of Māori settlement to trace the pioneering engineering the country has been founded on. He follows from early pā  construction and placement to how that influenced our military operations in the modern day. Peter believes that the early colonies took their lead from Māori engineering which put them ahead of other countries in terms of development. He also believes that our pioneering engineers have left us with a legacy of  being early adopters of any new technology. He's written many books on our military history and industrial heritage. His latest book "Won By The Spade" is being launched this week.

11.33 Dr Paul Gardner: The flight of our flightless birds 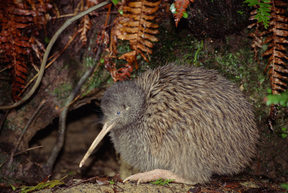 Researchers have found out what made two of our famous birds flightless. It's made it into the journal Science, this research into the genomes of eight flightless rarities, including our Kiwi and Moa. They suggest the loss of ability to fly came from non-coding DNA that regulates protein genes, rather than from the protein-coding genes themselves. Dr Paul Gardner at Otago University is one of the authors and speaks to Jim about the fascinating story behind two of this country's most well known flightless species.

Three Minutes Max: short, sharp opinions from commentators around New Zealand.  Chris Clarke talks about his passion for  philanthropy, how people should  think carefully about who they donate to and why.

11:45 Tomas Matthews: The key to getting people on the dance floor 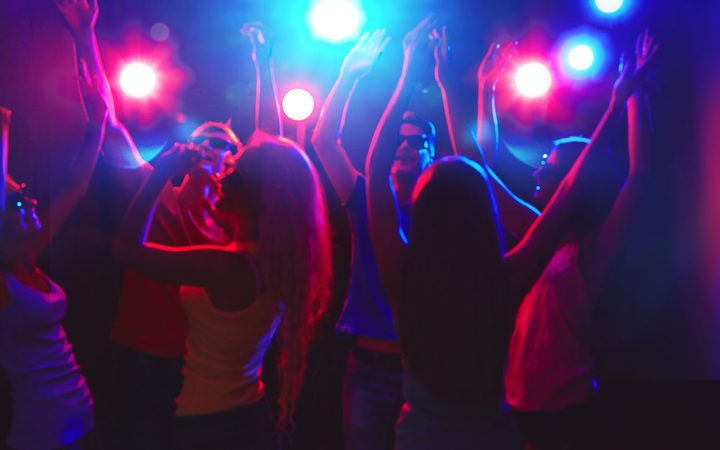 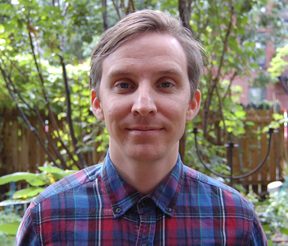 Tomas Matthews from Concordia University's department of psychology researched what makes a person get up and dance. He's used his background in cognitive psychology and science to find out what happens in our brains when certain beats are heard.  His recent publication, The sensation of groove is affected by the interaction of rhythmic and harmonic complexity, has unlocked some of the keys to getting people off their chairs and on the dance floor. He explains to Jim what happens to people with certain beats.