7.11 Dr Claire Matthews: NZ Super is not enough for the life most retirees want 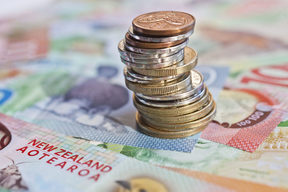 The latest Massey University Retirement Expenditure Guidelines has just been released and it won't make pretty reading for a lot of people. The report, which covers the 12 months to June 2018, shows that a retiring couple living in the city will need a nest egg of $785,000 to live a "choices" lifestyle (as opposed to a 'no-frills' retirement), while those living in rural areas will need close to $500,000. The report author, Dr Claire Matthews from the Massey Business School joins the show to take a look at some of the key findings and explain how the figures are formulated.

The highly coveted title of 'New Zealand's Best Home' will soon be announced at the 2019 Home of the Year Awards. Home magazine editor Simon Farrell-Green is one of the judges who's toured the country viewing the best homes in New Zealand. The winners will be announced on April 4th. He joins Jim to talk about how what they are looking for in a winning home as well as what this year's architectural treds are. The finalists are in an eclectic mix of locations: Great Barrier Island, Wynyard Quarter, Auckland, Grey Lynn, Auckland, Southgate, Wellington, Arrowtown and Glenorchy. 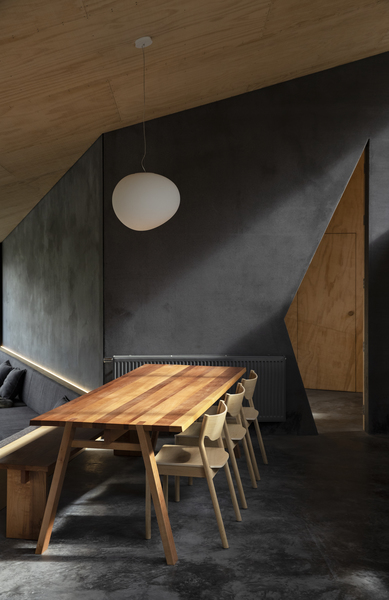 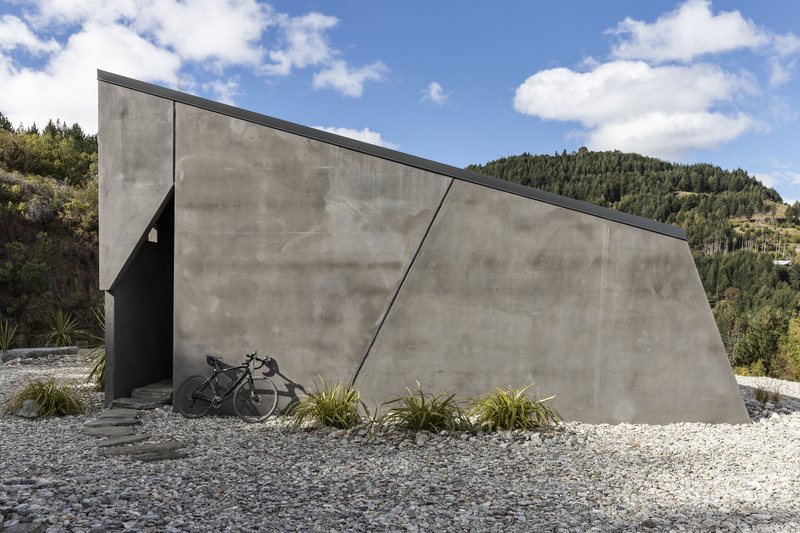 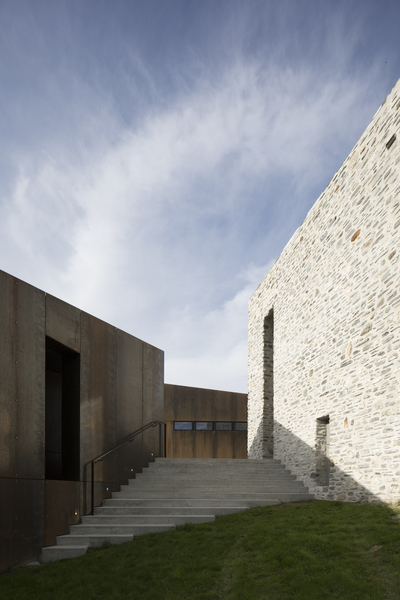 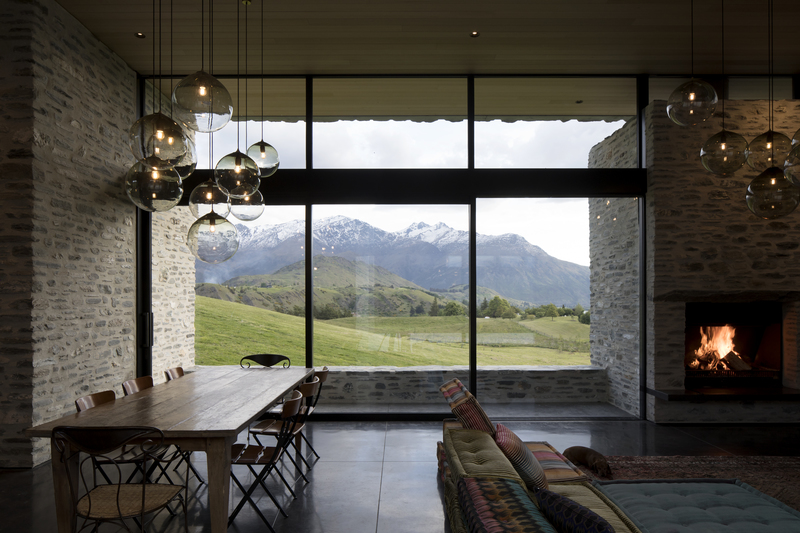 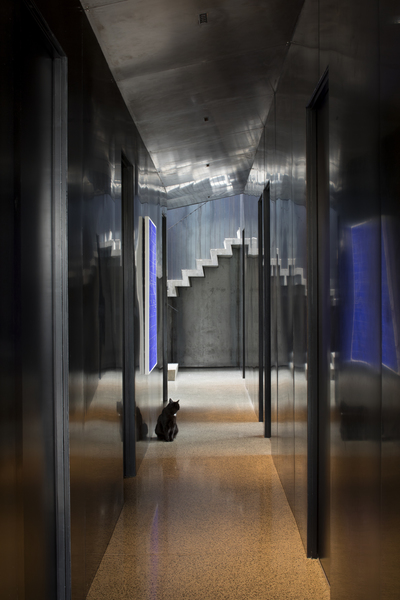 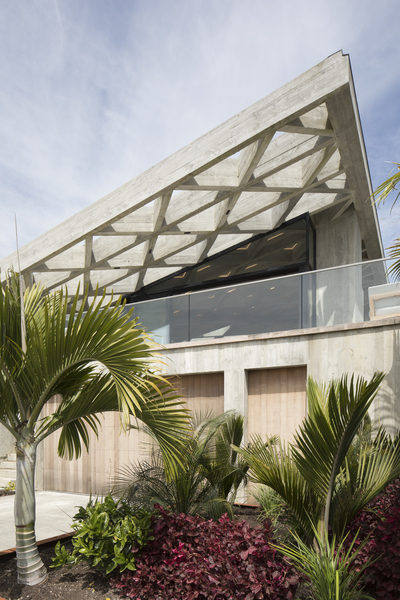 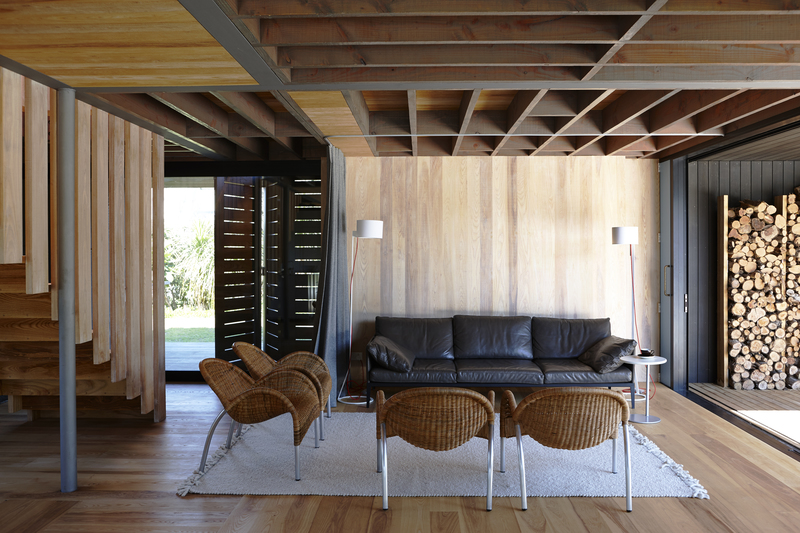 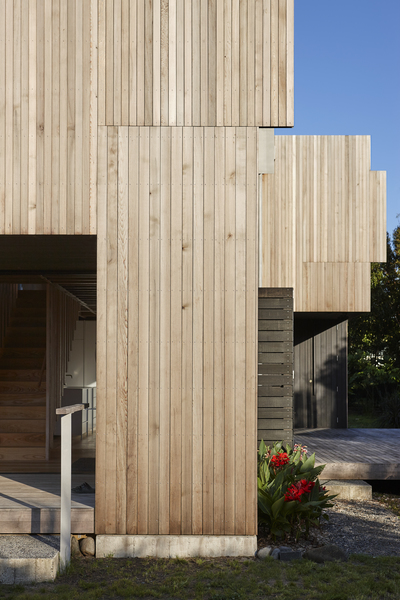 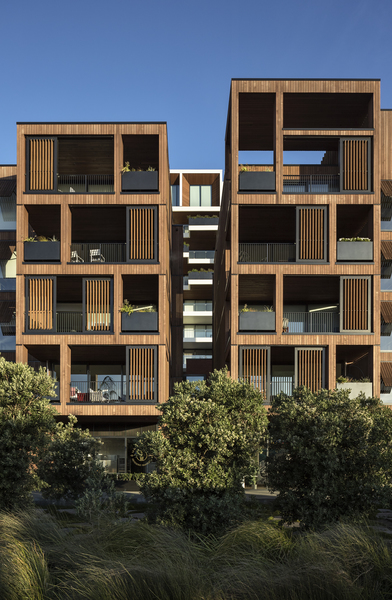 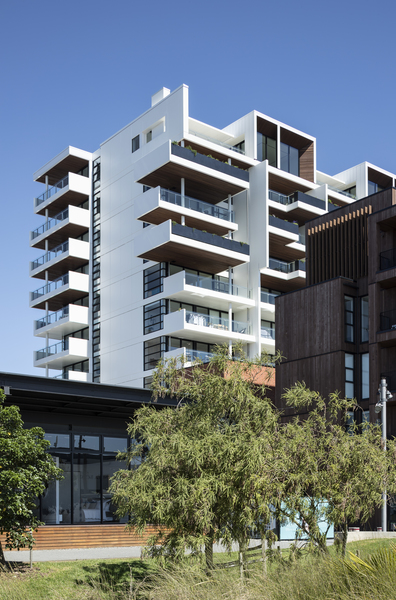 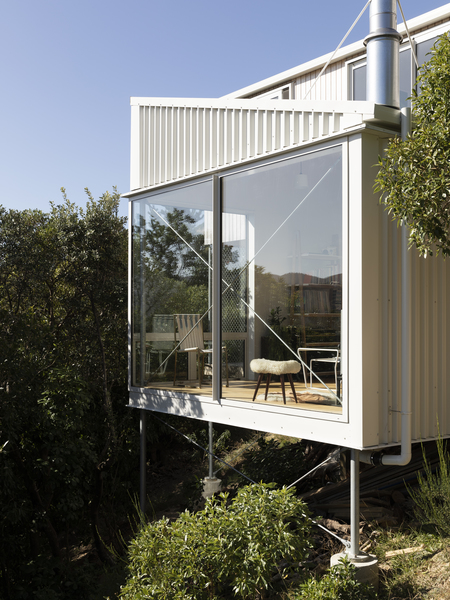 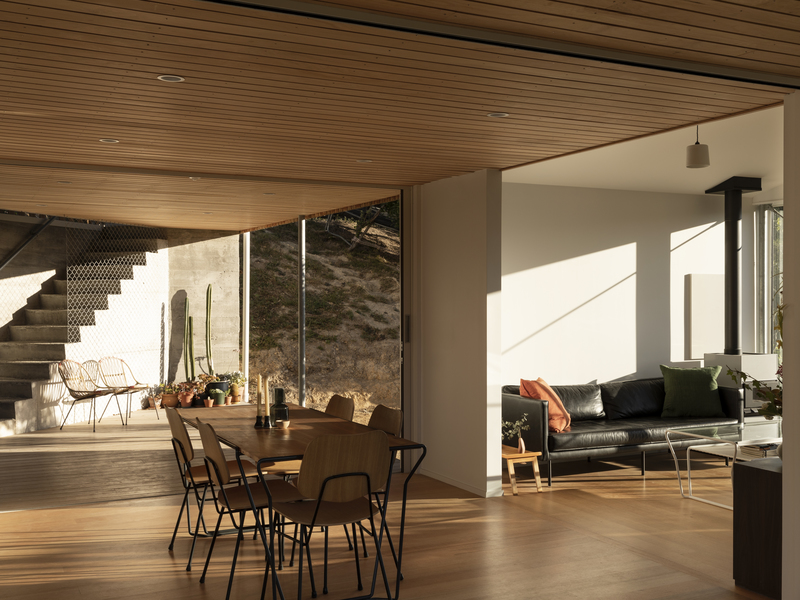 Three Minutes Max: short, sharp opinions from commentators around New Zealand. Christchurch City Councillor Raf Manji looks at the desire of the people of Christchurch and the local Muslim community to not let the hurtful acts of the mosque shooter define them

7.45 Calling Home: Jim Salinger in the US

Each week Sunday Morning gets in touch with New Zealanders living abroad. This week Jim Mora catches up with Jim Salinger, climate scientist,  who's currently a visiting scholar at Penn State University in the U.S. He talks about how the Christchurch shooting is being viewed and covered by America as well as the political climate under Trump's presidency. He also explains there has been some fascinating work done on methane which could change how we approach the environment in the future.

Rheumatic fever rates are on the rise. Philippa Tolley talks to those living with this heart-damaging auto-immune disease and to those left behind.

Three Minutes Max: short, sharp opinions from commentators around New Zealand. Christchurch's Ali Jones reflects on what life is like in a city which has been through so much over the past decade and now dealt another blow with the Mosque shooting just over a fortnight ago.

8.37 Raimund Muscheler: Earth is not prepared for a predicted massive solar storm 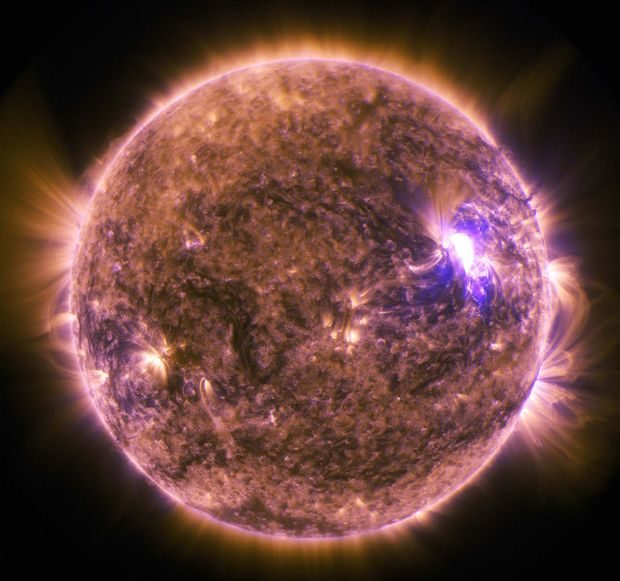 Researchers are divided ove what would actually happen should a severe solar storm suddenly hit the planet. Raimund Muscheler from Lund University in Sweden is part of a team which has uncovered more evidence of massive solar storms in the distant past. What they have uncovered has given rise to concerns about what would happen if a similar event were to happen in modern times. Aside from modern technology being knocked out there are real problems for aircraft and satellites foreseen. Raimund Muscheler explains to Jim why we are under prepared for a major storm being thrown out from the sun and what he thinks we could do. 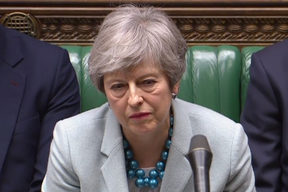 Embattled British Prime Minister Theresa May hopes to bring her Brexit deal back to parliament again next week after it was rejected for a third time by MPs - by 58 votes - and appears poised to trigger a general election if parliament fails to agree a way forward. We're joined by Guardian Brexit correspondent Lisa O'Carroll to discuss all the latest in the Brexit saga and what the implications of the house's decision are likely to be.

New Zealander Dr Sean Gourley is  a prominent international expert in the mathematics of conflict situations, large dataset analysis and complex systems. He's a physicist, an Oxford Rhodes Scholar, a TEDx fellow and also a graduate of Canterbury University. And he's one of New Zealand's leading entrepreneurs. Sean's the CEO of the San Francisco technology company Primer. This past week he was back on our shores as a keynote speaker at A.I Day 2019, which is a conference all about artificial intelligence. He popped in to speak to Jim about his concerns for the future and the potential impact  A.I will have on our lives. 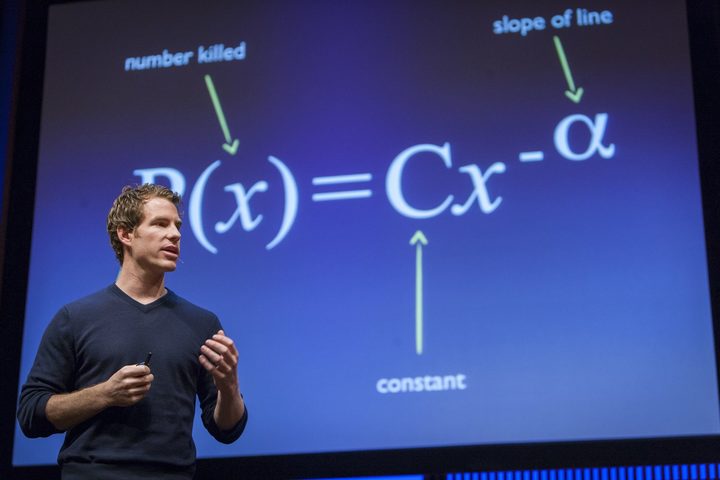 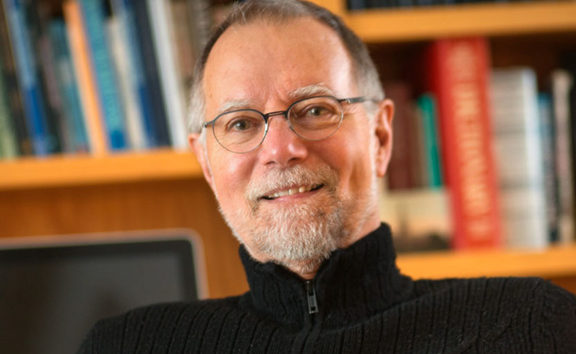 Professor Robert Frank's looked into something many have long suspected, a lot of successful people owe their fortunes to good luck. He's written several books, including The Self Made Myth: Why Hard Work Isn't Enough to Reach the Top. He's looked at how many incredibly successful people have just had the good fortune of luck rather than hard work to make it to the top and why those people will rarely if ever acknowledge that simple luck is at the root of their success. He explains to Jim that his latest book, Success and Luck: Good Fortune and the Myth of Meritocracy addresses specifically how the failure of the rich to acknowledge the importance luck in their success hurts those who are less well off.

10.30 Dr Linda Blair: The folding fad on the internet is nonsense 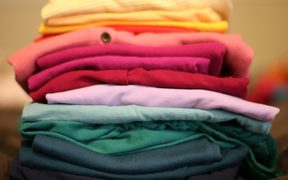 A psychologist is pouring cold water over the latest trend sweeping the internet that folding your washing is the new guaranteed way to deal with stress and chaotic lives.  Dr Linda Blair says that's nonsense but says  sorting your clothes out as a way of making sure you start your day using minimum cognitive reserves by going through less stress is effective. She says the whole folding fad itself is pretty meaningless. She also believes the other fad of throwing out what doesn't bring you joy as a wasted opportunity to do something meaningful and connect with others. Dr Blair explains to Jim the simple steps that don't involve online tutorials to bring more calm and less stress to increasingly chaotic lives.

Marjorie Woollacott's a professor of neuroscience at Oregon University as well as regularly meditating. She is coming to New Zealand to be part of the Beyond Materialism conference in Auckland. She's written the book Infinite Awareness: The Awakening of a Scientific Mind in which she talks about  what may control us outside of our physical brains. Marjorie Wollacott uses her own personal experiences and academic background to explain to Jim the deeper understanding of the relationship between the mind and the brain. She's part of a growing movement in science addressing the mysteries of human thought and the nature of consciousness itself. 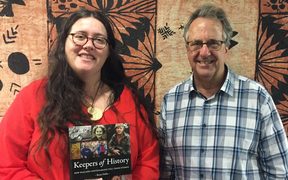 Renee Hollis dedicated most of 2018 to speaking to the country's oldest people. She travelled around Aotearoa to interview 120 centenarians. She's put their lives and recollections of key events throughout history into her book: Keepers of History: New Zealand Centenarians Tell Their Stories. She also uncovered some interesting, if not scientific facts about longevity, such as being born in winter means you're likely to live longer as well the fact that whether you were an older or younger sibling plays a role in life expectancy. Her ability to get these 100 + year olds to open up to her has also earned her the title of "grey-whisperer".