Dr Linda Blair: The folding fad is not the new Marie Kondo revolution

A psychologist is pouring cold water over the latest trend sweeping the internet that folding your washing is the new guaranteed way to deal with stress and chaotic lives.

Dr Linda Blair says that's nonsense but says sorting your clothes out as a way of making sure you start your day using minimum cognitive reserves by going through less stress is effective.

She says the whole folding fad itself is pretty meaningless and believes the other fad - of throwing out what doesn't bring you joy - is a wasted opportunity to do something meaningful and connect with others. 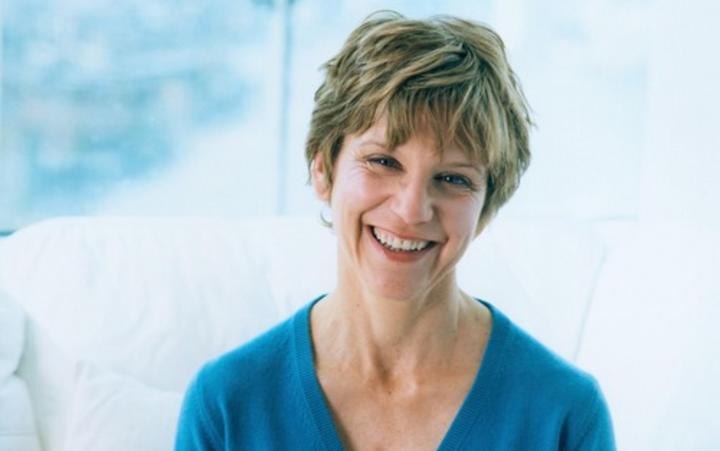 She explained to Jim Mora simple steps to bring more calm and less stress to our increasingly chaotic lives.

A good first step for a calm day starts before you get up, she says.

“Before you start doing, spend the first part of your morning being. When you wake up rather than leaping out of bed as so many people suggest, I suggest you sit up in bed and you take 20 slow, wonderful deep breaths

“Just focussing on how you feel takes you less than three minutes, get out of bed stretch a little bit and do you know what? Quite a different day.”

She tells her patients who are anxious to make a list of the things they want to achieve the following day.

She says that normally comes to between 10 and 17 items which she says should be ordered by priority and the first three selected on a second list.

“When you come down in the morning you are already focussed, we can focus on three, it feels doable.”

The stress we feel in the modern world is through exposure to so much we can’t control, she says.

“We receive daily so much information about so many tragic things. That is a big difference even from 100 years ago, even 50 years ago.”

Genuine connections with people face-to-face is the way to relieve this sense of powerlessness she says.

“The better way to approach stress is to build in things that are positive and that make you feel whole and help you think well and be proactive rather than trying to sweep up the dirt and then just look at the empty floor and go ‘oh my God now what?’”

De-cluttering psychologically is as important as an organised wardrobe, she says.

“Get rid of the word should. Every time you say I should do something, that’s because you’re trying to please somebody else.

“Or you’re trying to uphold that social media image of perfection, it’s not coming from your heart.

She recommends asking yourself a question.

“What would happen if I didn’t do that should? And if nothing really would happen I would definitely dump it.”

Saying no is not in human nature, we are hard-wired to please, Dr Blair says.

“Back in the cave time we only managed to survive by coming together and protecting each other. Our first reaction when someone asks us to do something is to please them.”

She advises a three-step approach when we have been asked to do something.

“First of all buy time, never answer on the spot never take your diary with you!

“Take an hour, after an hour your emotional response will calm down and you can think logically.”

Then if you want to do it get in touch and say so but if not never give excuses she says. For example if you’ve been asked to a karate class and you don’t want to do it saying you have something else on won’t work.

Say thank you so much for asking me to come to karate, unfortunately I can’t. Now what have they got? They’ve got clouds to punch, there’s nothing to argue with you’ve said no.”

If you find it difficult to say no, create distance, she says.

“Leave them a phone message at a time you know they’re out or text them or email them and say no – but always thank them.”