Get the app here.

The Gisborne District Council has voted to submit to the NZ Geographic Board that the name for Gisborne's coastal bay feature be changed to Turanganui a Kiwa/ Poverty Bay - a dual name. Tūranganui-ā-kiwa means the long-standing place of Kiwa, who was a rangatira and tohunga of the area. Gisborne District councillor Meredith Akuhata-Brown explains why she thinks the name Poverty Bay should be dropped altogether. 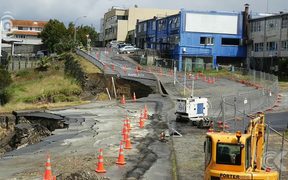 Residents in the North Shore suburb of Birkenhead have been dealing with a massive slip at the back of their main shopping centre since last October. A 2015 GHD engineers' report gave three options - the cheapest was to monitor and that's the advice Auckland Transport took. Now it's costing millions to fix the land problems at Rawene carpark.  Ross Roberts, a geotechnical and geological specialist at Auckland Council, explains what's next. 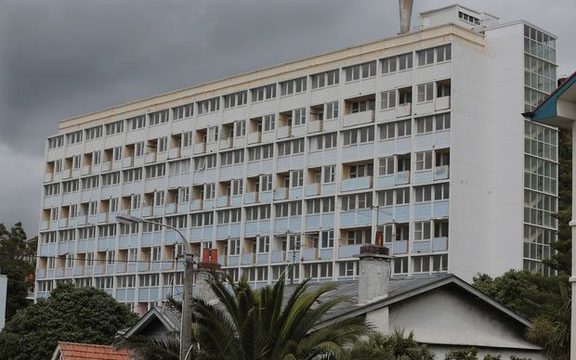 An imposing high-rise state housing block at Number 139 Greys Ave was built in 1957 and is described as "unique". It's being bulldozed by Housing New Zealand for a modern block of social housing units. But Jeremy Hansen says the apartments designed by architect Gordon Wilson should never have been allowed to fall into disrepair.

7.30 The House: Bookends for a career

Our weekly show from Parliament. This week: Bill English signs off. 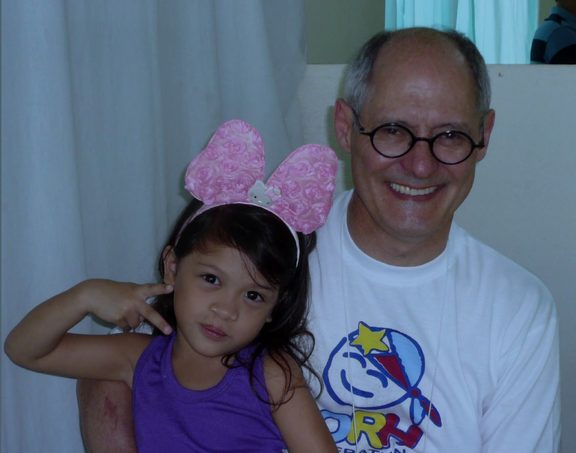 Tristan De Chalain from Operation Hope with a little girl in the Philippines whose face he repaired. Photo: Supplied 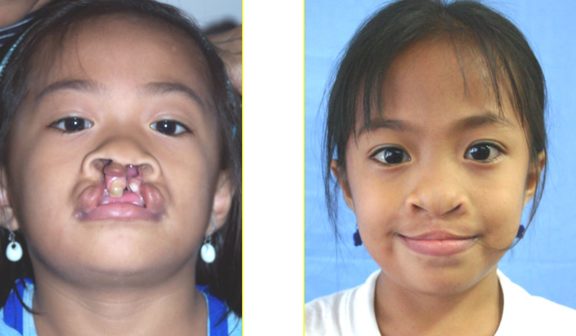 Before and after an operation through Operation Restore Hope in the Philippines. Photo: Supplied

Operation Restore Hope is a not-for-profit charity that surgically repairs cleft lips and palates for underprivileged children in the Philippines. This is the 20th year in which a team of NZ medical staff will head to the Philippines to perform the face-saving surgery on the children. Dr Tristan De Chalain is a paediatric and cranio facial surgeon who has been with Operation Restore Hope on every one of its 20 missions.

It's Oscars eve - the 90th Academy awards get under way on Monday NZ time. It will probably have a more serious tone in light of the #Metoo and Time's Up movements that have emerged since last year's ceremony. Movie reviewer Dominic Corry reports from Los Angeles. 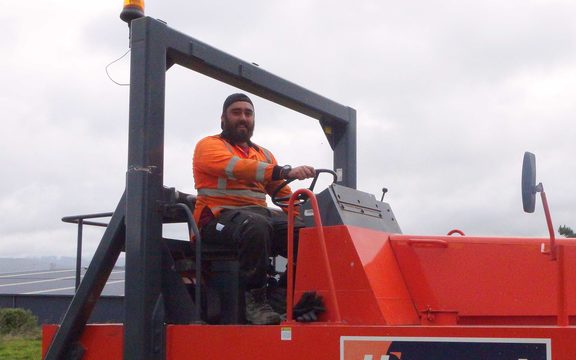 Emeio Clarke's job allows him to study towards a qualification while also working and his employer foots the bill. Photo: RNZ Insight/Emile Donovan

The unemployed young make up nearly 12 percent of the age range 15 to 24 years. Those not in employment, education or training are known in government policy terms as NEETs. Emile Donovan explores how New Zealand can engage these young people, who now number more than 80,000.

8.38 Charlie Corke: ‘We have to just try and avoid doing awful things’ 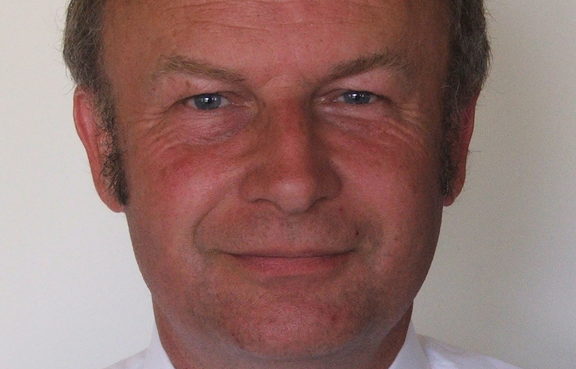 Professor Charlie Corke is one of Australia's leading Intensive Care specialists, and he will be speaking in Wellington as part of the New Zealand Festival on 10 March. Professor Corke says we should prepare better for our death to make death less painful for ourselves and for our loved ones. In his book “Letting Go: How to Plan for a Good Death” there are many eye-opening examples of the real-life impact of planning your end-of-life care or failing to.

You can read more about Advanced Care Planning in New Zealand here.

Our government’s trying to work how to spend more on public broadcasting - while Switzerland is deciding this weekend whether they want to scrap it. Also: that gushing portrait of our PM from Australian TV and other appearances by the PM the media missed - and will Kiwis take to voice recognition technology? 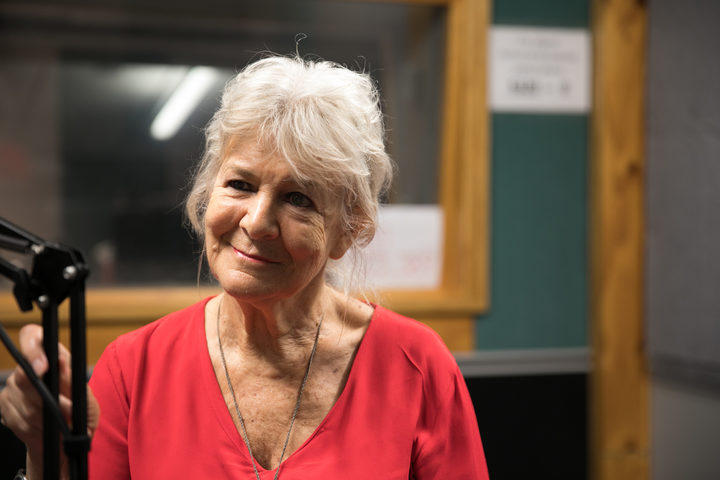 Barbara Ewing’s book The Actresses was first published in 1997 and is the story of a group of actresses reuniting at their London drama school 30 years after they graduated. It  explores how women are treated in the industry and reveals a toxic culture - 21 years before the current light was shone on similar behaviour through the #MeToo movement. Ewing was also an actress and her experience carried a lot of truth into the fictional work. Since then she’s written many books, but explains why The Actresses is still important.

10:04 The mystery of Jane Furlong’s death 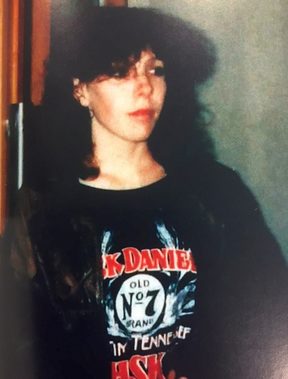 The last photo taken of Jane Furlong, on May 24, 1993 two days before she disappeared. Photo: Judith Furlong Collection 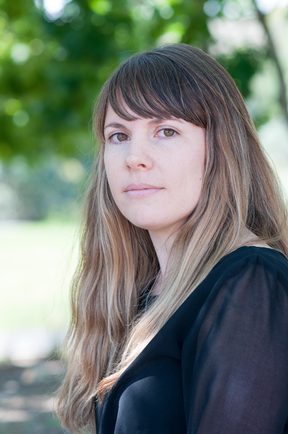 Jane Furlong's death has been one of the country's most enduring mysteries - ever since she was abducted from Auckland's Karangahape Rd in 1993 aged 17. Her case is regularly revisited and when her skeletal remains were found in Port Waikato in 2012, it came into the spotlight again. While police had a number of suspects no-one has ever been charged. Journalist and crime reporter Kelly Dennett has been absorbed by the mystery and has now written a book The Short Life and Mysterious Death of Jane Furlong. 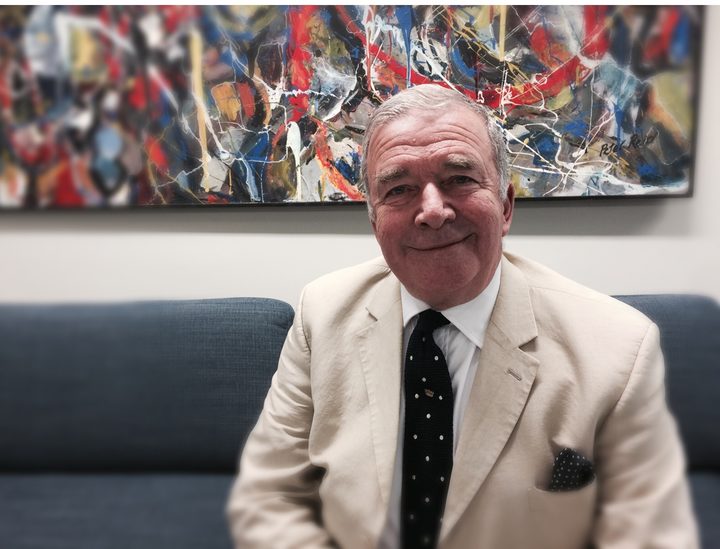 A leading UK security specialist is making a fleeting visit to New Zealand to speak at the 80th anniversary commemorations of  the Gallagher Group in Waikato. Admiral the Right Honourable Alan West, Lord West of Spithead is a former UK security minister after starting his career in the Royal Navy. He talks to Wallace about Kiwi security technology, the biggest security threat facing us today, his ship the HMS Ardent being sunk in the Falklands War - and the rumour he had an affair with Frida from ABBA.

11:04 Ken Robinson: 'We have a preoccupation with a certain type of academic ability'

Sir Ken Robinson is Professor Emeritus at the University of Warwick and has worked with governments all over the world to develop strategies for creativity and innovation.

His Ted Talk  "Do Schools Kill Creativity"  has been viewed on YouTube more than 40 million times. Sir Ken is a thought leader on creativity and innovation, in both education and business, who is here for two talks, both in Auckland, on 19 March and 20 March.

11:31 Mike Fabulous: out of his Echo chamber into a supergroup 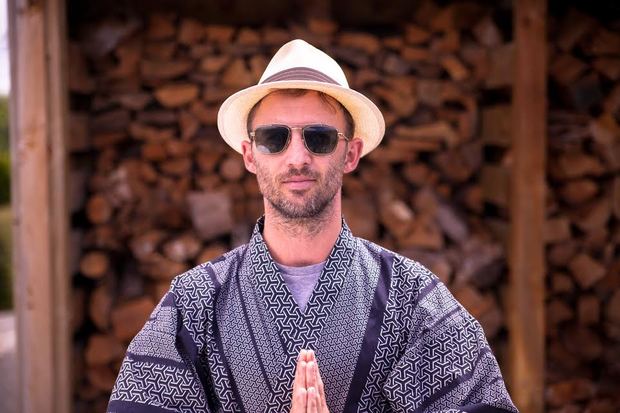 Mike Fabulous aka Lord Echo was the bassist for the Black Seeds for 15 years, before going the solo road. He’s since released a trilogy of albums, the latest is Harmonies,  but will return to a group to be part of the supergroup Eru Dangerspiel, on the opening night of the Auckland Arts Festival. It includes the likes of Mara TK, Ria Hall, Riki Gooch and Anna Coddington. He talks about his preference for being alone, how he works and what he describes as his midlife crisis.