Insight: No Job, No Training, No Hope?

The economy is going gangbusters and we're in the middle of a construction boom, yet 80,000 young New Zealanders are not in work or training while immigrants are brought in to work as builders and bricklayers. How does a young person end up unemployed and uneducated, and are there processes in place to help those people get back on the ladder? 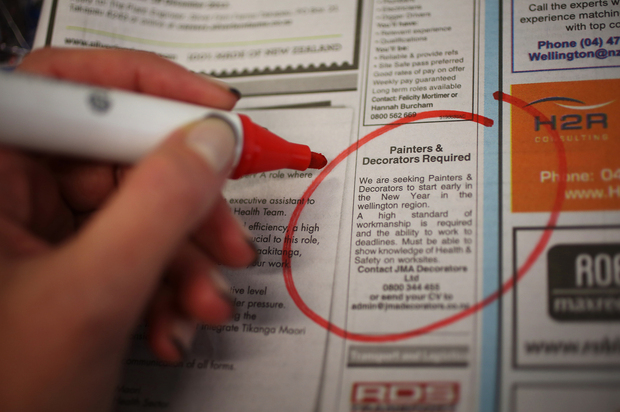 Emeio Kirk is 19-years-old, but looks like he could easily be 30 - barrel-chested with a thick black beard, clad head-to-toe in fluorescent orange blemished with grease stains even at eight in the morning.

The ex-Mana College student has worked for the Downer infrastructure services company for a year now.

He earns a good wage, has opportunities for career progression, and has zero debt to his name.

It's worlds away from the uncertainty and indecision that plagued the end of his high school education.

Mr Kirk repeated seventh form at Mana College, uncertain about what he wanted to do with his life.

One day, he was approached by a teacher who asked if he was keen to take part in a work experience programme run by Downer, a programme that would allow him to do some paid work experience with the company in the school holidays.

If he impressed, he would have the option to take up full-time work. 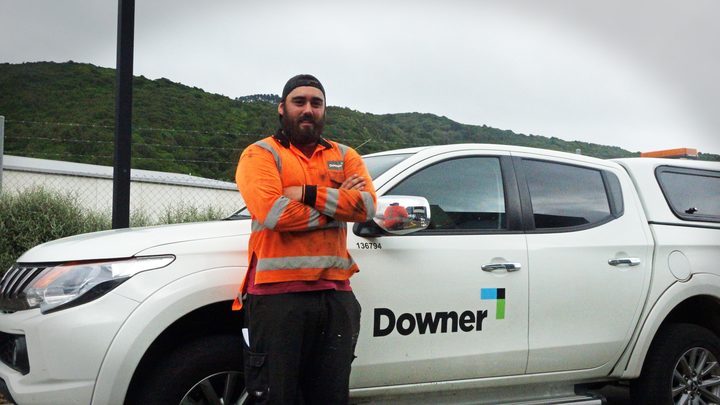 Emeio Clarke's job allows him to study towards a qualification while also working and his employer foots the bill. Photo: RNZ Insight/Emile Donovan

Mr Kirk said it was a reality check from day one.

"On my first day on site I was just sweeping up a bit of rubbish, but I couldn't even use the broom properly. I was a bit embarrassed, but you've got to learn some day.

"It was pretty daunting, but once you get to know the people it's way easier. They help you a lot more when you're comfortable with them."

Downer first began the programme about seven years ago, and recently joined forces with Partners Porirua to head into local high schools to invite 16 and 17-year-olds who don't know exactly what they want to do with their lives to take part. 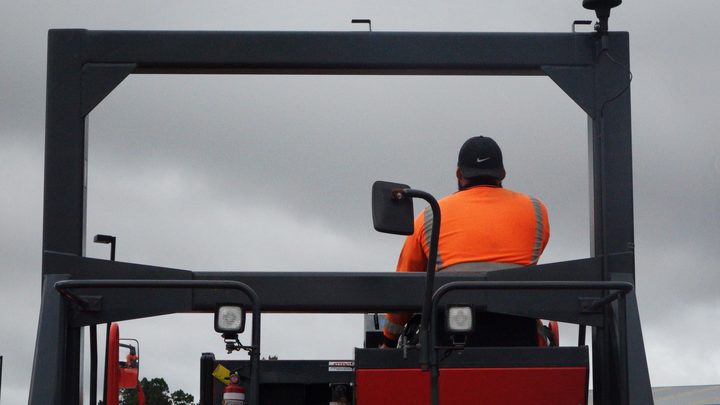 After just a year of full-time work, Mr Kirk now has his forklift driver's licence and is talking with his bosses about studying to become a foreman.

The bill for that - as with the forklift licence - is borne by his employer, which gets a home-trained, loyal worker in exchange.

At the other end of the spectrum is 24-year-old July Pawa.

Mr Pawa is, what's statistically known as a 'NEET' or someone who's Not in Employment, Education or Training. 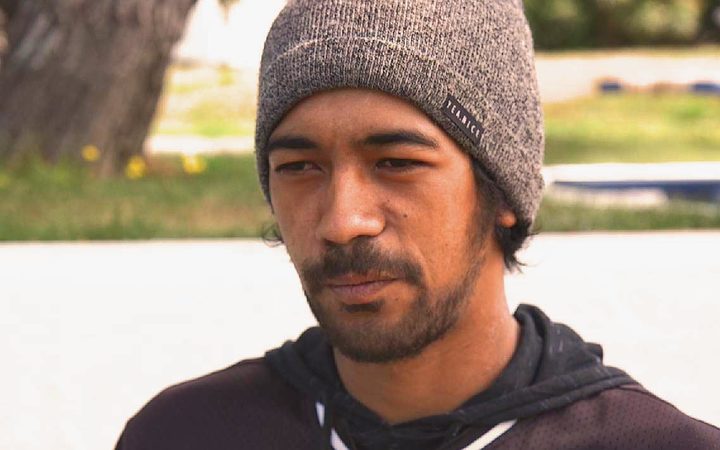 July Pawa 24, just got a job and wants to turn his life around Photo: RNZ Insight/Emile Donovan

Apart from a few brief stints on a relative's farm, he has been unemployed for the best part of a decade.

And it all started, he says, in his first year of high school.

"The second term I stopped going," he says.

"At the time I'd seen my friends not going to school. Hanging out and that. I was like, oh, I want to be like that. I don't want to sit in class.

"I found out the hard way that sitting in class was the place to be."

As of February, there are more than 80,000 young NEETs in New Zealand - a seven percent increase on last year. It's estimated each NEET costs the economy about $20,000 in lost productivity and benefits - meaning this group of young people costs more than a billion dollars every year. 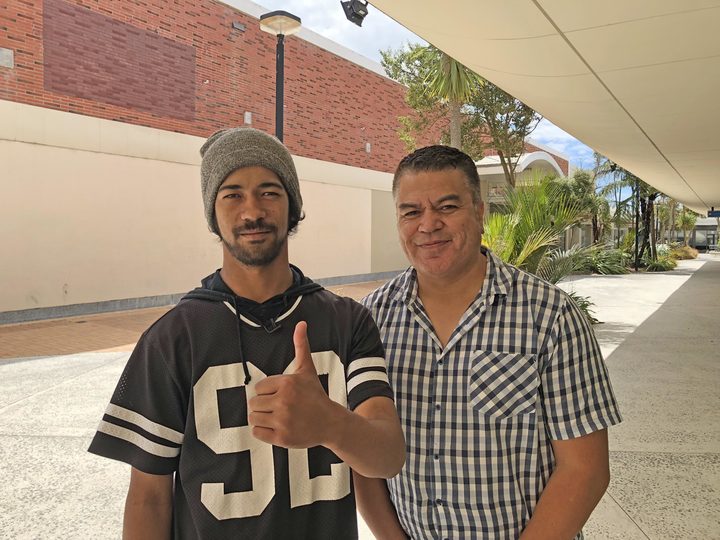 Mr Pawa was born in Whangarei, but moved to Porirua in 2011 with his mother after mixing with the wrong crowd.

He was in trouble - with gangs and with the law - but 10 years after leaving school found himself at a crossroads.

He wants to turn his life around - to get a job, to stop living on the benefit and start living independently, but with just one day of high school under his belt, no qualifications, and a 10-year gap in his CV, options are few.

Mr Pawa is not alone. Māori and Pasifika are hugely over-represented in the figures - and many come from poor backgrounds and families with little emphasis on education.

Some 15 percent of all New Zealand's NEETs are also women in their 20s who are caregivers - whether that's elderly or disabled relatives, or their own children.

Single mother Natasha Peetz, 24, is one of them.

Living with her two children, aged six and four, in a small, sunny Wellington flat, high up among the rolling suburban hills of Karori, she's on a sole parent benefit and has been since leaving secondary school.

"I've never really been in paid employment. Before I left school I worked in Cotton On as a casual ... every now and then a babysitting job. But other than that, no paid employment at all."

Ms Peetz wants to be a high-school physical education teacher - but estimates it would take six years to get the required degree while studying part time.

She's up for that, but thinks it's a hell of a long time to wait. 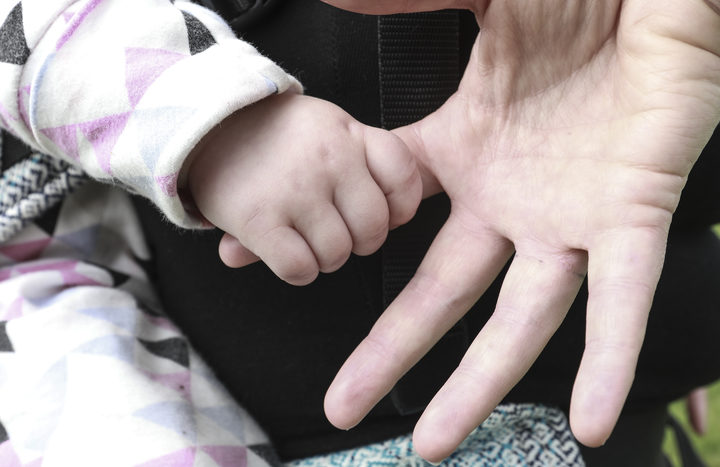 Ms Peetz said people pick up valuable skills while they're raising children, but because they don't come with a piece of paper they're often cast aside by prospective employers, who hear "two children" and immediately jump to conclusions.

"Raising a family takes a lot of determination, planning, management, problem solving, on-your-feet thinking, which is all critical in the workplace.

"But when you write on your CV that you've been a parent for the last six years, it almost seems as though, to employers, it means nothing. It's not a piece of paper to say you've achieved XYZ grades - it's actually just something they almost brush off as an inconvenience."

She wants to see a smoother, faster pathway into employment for people without work experience or qualifications.

"It'd be fantastic if they had a programme where, if you did want to be, say, a secondary school PE teacher ... you could actually work while you learn - and do a bit of theory while you're there - but get most of the practical skills done while getting paid.

"[it] would cut out the middleman of having to study, and then having to work."

The new government announced this year that it would be dipping into a $50 million fund aimed at getting unemployed youth in the regions into work or education.

The initial allocation of $13 million will be focussed on four regions with high NEET ratios - Northland, Eastern Bay of Plenty, Hawke's Bay and Tairāwhiti - and will get about 2000 young people into jobs or study.

At a cost of $6500 per young person however, which equates to more than $500 million for all 80,000 NEETs, Employment Minister Willie Jackson admits he doesn't have anything close to the resources required to make a serious dent.

"I think it's obvious we need more money, but we need some successes too. If we can get some success then obviously we can scale it up. 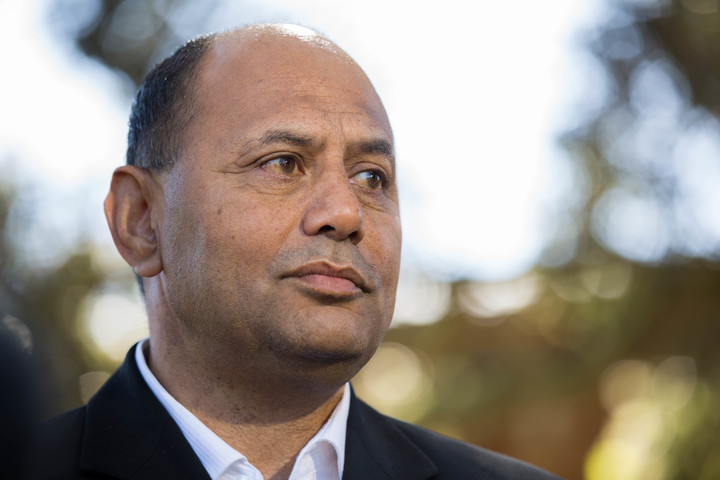 Are we going to get to all of them in the next three years? Obviously not. But if we can show some real success stories then we might get some further investment, so I'm hopeful that that is the case."

Mr Jackson says he wants the government to take a back seat in tackling the issue.

He argues local communities know their young people best, and the government should be bankrolling successful programmes rather than trying to tackle the issue head-on.

Mr Jackson said his schedule for March and April is full as he travels around the regions, looking for successful initiatives to invest in, but he cannot give a time on when that support funding will start to be distributed.

Mr Pawa said he's in a good place at the moment.

The day after his interview for Insight, he had a different interview: for a local road works job.

"Hopefully I get it eh. It's only stop/go at the moment. But everyone starts off at the lowest and works their way up."

And the good news is, Mr Pawa did get that job.