The professor of education, whose 2006 TED talk “Do Schools Kill Creativity?” has been viewed online more than 40 million times, advises governments and international agencies, and is an author and speaker on creativity. 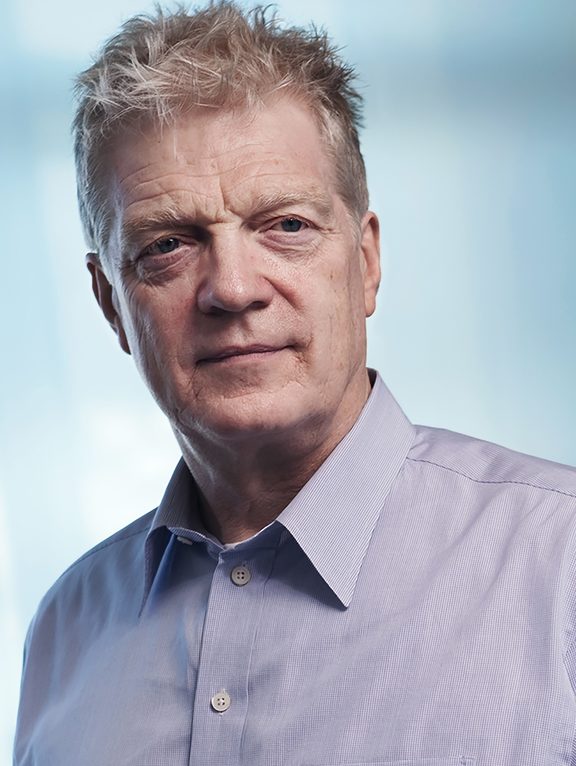 He’d contracted polio at the age of four, in 1954, and spent a year in hospital. He came out “on calipers, I had a wheelchair, crutches, the whole paraphernalia,” and was put into a school for children with physical disabilities.

He enjoyed the school well enough, but says it was largely a pastoral institution "and nobody really had any great expectations that we would amount to very much.”

A school inspector was instrumental in having him moved up a few classes, where he came into the orbit of a “wonderful teacher called Miss York”, whose coaching resulted in him becoming the first person in the history of the school to pass the 11 plus exam. That propelled him to grammar school and the academic education that suited him.

“All of those things tuned in to my particular sensibility and set of interests. It was to do with being given opportunities.

“A brilliant teacher, a great teacher, a resonant teacher, can be the difference between success or failure, achievement or total disengagement with education.”

There’s something about the system that’s evolved that constrains teachers, he says.

He advocates for an education system which is sensitive to individual differences and values them equally.

“Human beings are curious,” he says.

“Children love to learn, but they don’t always get on with school.”

Born with “immense natural talents”, children perform the remarkable feat of learning a language in their first 18 months without anyone teaching them.

But there’s a preoccupation with a certain type of academic ability.

He argues our education systems aren’t designed to address the diversity, range and depth of individual talent.

“And the consequence is that people’s talents aren’t fully developed and many people go through education without feeling that they have any particular talent or that they’re even in any way particularly smart or intelligent. And I think people feel that fundamentally.

“The trouble at the moment is, we tend to judge everybody by a single standard.

“Then you compound this with forms of simplistic testing which reduce even the most complex ideas to a series of bullet points … because it’s politically convenient and immensely profitable for the companies that sell these tests.”

National systems of education evolved over the last 200 years have to some degree lost touch with the fundamental principles and dynamics of natural learning.

And it’s not as if we don’t know how that works, he says.

Schools such as Summerhill, founded in the UK by A. S. Neill in 1924, as well as the Montessori system of education developed more than a century ago, recognised the principles of how children learn.

“A lot of governments tend to think that the answer to improving education lies in specifying the curriculum and then investing in standardised systems of testing.

“But anybody who knows anything about education knows the real key to improving education is teaching.”

Contrast his experience with that of Paul McCartney, whose music with the Beatles was avidly followed by the young Sir Ken in Liverpool.

“I can remember ‘Love Me Do’ exploding into the airwaves of Radio Luxembourg which is what we used to listen to at the time in Britain. I couldn’t believe how great this record was. I’d never heard anything like it.”

“I said, well look would it be reasonable to say this, that there was this one music teacher in Liverpool in the 1950s who had half the Beatles in his class and he missed it? And he said ‘yes’.”

“Human talent is like the world’s natural resources, it’s often hidden from view.”

“Sometimes we have all these talents and riches in our lives just beneath the surface but because we’re looking for something else we don’t see it.

“We often have children who are buzzing with brilliant possibilities which are thwarted because we say ‘well that’s all very well, but can you pass this test and can you qualify to go and do a law degree at university’

“Some people are cut out to do law degrees, but many people aren’t, and if we look instead for what people really have to offer rather than asking whether they’re capable of this particular thing I think we’d find a much greater harvest of human potential.”

Technologies are changing the world faster than anyone could have predicted and education has to prepare children to face a very uncertain set of futures.

There’s been a shift in the more than 10 years since his TED talk, and Sir Ken says education is  heading for a “major disruption” in which become more customised to individual needs. That will ultimately be “all to the good”, he says.

Sir Ken Robinson is giving two talks, on 19 March and 20 March, in Auckland.