A weekly digest of the events in Parliament. Produced and presented by Daniela Maoate-Cox and Phil Smith. This week: Phil Smith chats with departing MP Clayton Cosgrove about life in the Circus Maximus and why there are so many Saint Bedes old boys in Parliament.

7:47 Why won't the chlorine-washed chicken cross the Atlantic? 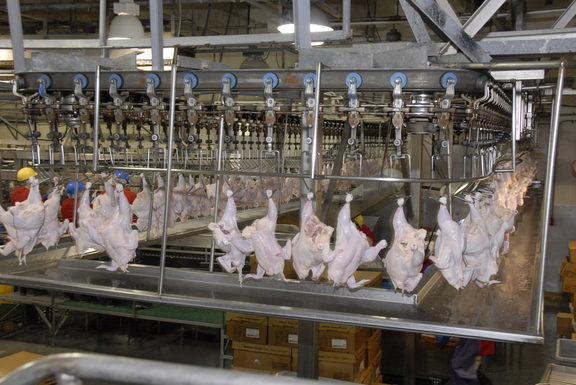 New Zealand chickens are routinely washed in a chlorine solution during processing. It's a process that came close to scuttling a free trade deal between Britain and the US this past week, and contributed to Europe's rejection of the TTIP. So what is chlorine washed chicken and why do New Zealand processors do it? Food safety consultant Roy Biggs is a former chair of the New Zealand Association for Food Protection and was Tegal Food's regional technical manager for the Lower North Island. 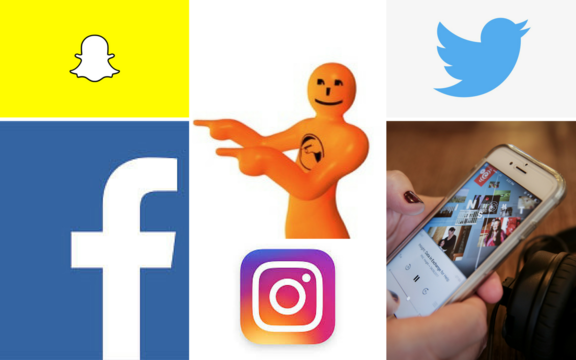 Social media, big data and democracy - Insight takes a look at how politicians are increasingly using social media in their election campaigns. Social media companies such as Facebook and big-data companies are harvesting and processing vast amounts of information from users' online profiles to increase the effectiveness of political advertising.

Adam Bennett explores how this played out in recent US and British elections and how New Zealand political parties could use the same techniques in this election campaign.

If there's one thing everyone agrees on in economics it's that governments need to balance their books. If a government chooses to run a deficit during a downturn it has to run surpluses during the good times to pay back the debt., right? Well, it turns out not everyone is agreed. There's an emerging school of economics, called Modern Monetary Theory, that says surpluses can be a bad thing and a country with a fiat currency - that's a currency of its own - can never run out of money. If things are getting tight it can just create some more. Bill Mitchell is a professor of economics at the University of Newcastle, New South Wales and a leading proponent of modern monetary theory.

A new local podcast proves there's a huge demand for the details of old, cold cases of murder. Also: a Kiwi expat serves up a story for media craving commonsense - and why journalists pulled themselves out of the running for prestigious prizes. Produced and presented by Colin Peacock and Jeremy Rose.

9:40 Why don't people take their medicine? 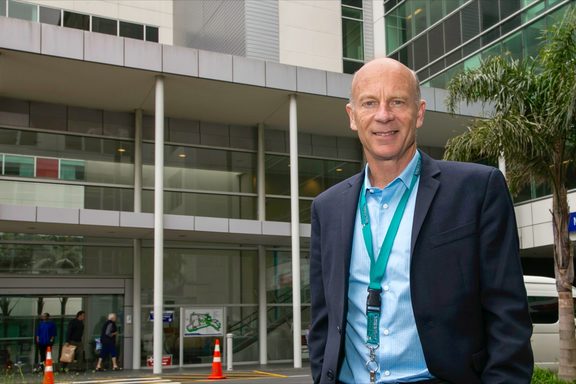 Psychology professor Keith Petrie, from the Auckland School of Medicine, has for many years researched the connection between health, medicine and psychology. In 1996 he helped develop the now widely used Illness Perception Questionnaire (IPQ) that measures how patients mentally represent their illness and associated symptoms. His recent work includes research on the psychological factors influencing why sick people don't take medicine prescribed by their doctors. 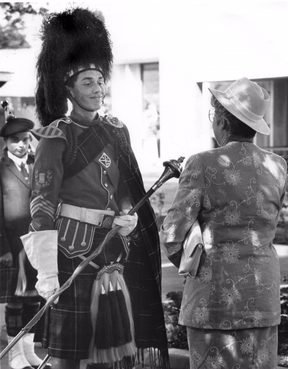 Part 3. Everyone in New Zealand has a link to someone from somewhere else. But that doesn't mean everyone can agree on who should get to come here next. In the third episode of Slice of Heaven, Noelle McCarthy investigates immigration in New Zealand and asks, when we build a nation by inviting people in, do we know how it will turn out?
Produced by Noelle McCarthy and John Daniell in association with Massey University, Engineered by Andre Upston. It uses archival audio from Nga Taonga Sound and Vision. Podcast Slice of Heaven on iTunes or Spotify. 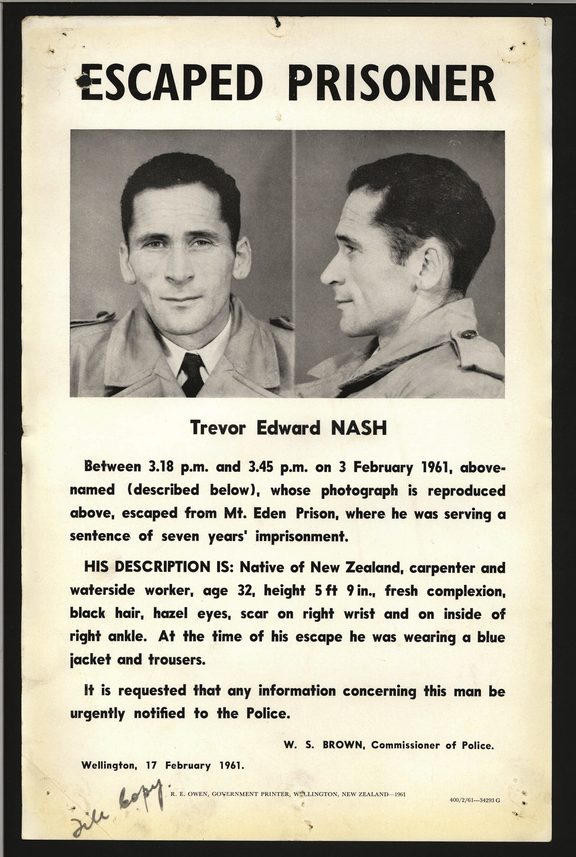 A 1956 robbery is the forgotten true-crime story of how Auckland's mobsters pulled off the heist of the century. In the dead of the night, robbers broke into the Waterfront Industry Commission's offices and made off with today's equivalent of almost $1 million. The crime eventually came to be known as the Waterfront Payroll Robbery and it has always fascinated true-crime writer Scott Bainbridge. His new book The Great New Zealand Robbery tries to piece together this crime puzzle.

11:05 Krishna Botica: hospitality and its challenges 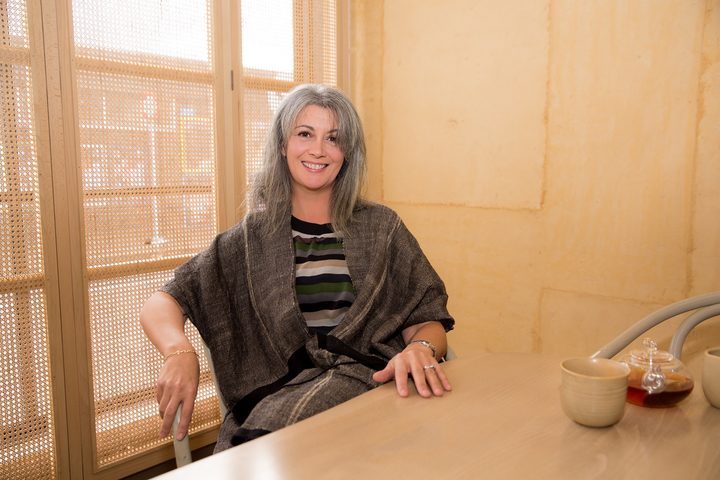 Krishna Botica in one of her three Asian restaurants, Saan in Ponsonby. Photo: RNZ/Claire Eastham-Farrelly

Krishna Botica is described as a "hospitality legend" but it wasn't ever a career offered to her as a young woman. Now after more than 30 years in the hospitality business - 21 of those running Auckland eating institution Prego in Ponsonby - she's the brains behind three Asian restaurants in the city. At the recent Lewisham Restaurant Awards she took out the award for Outstanding Restaurateur of the Year. And she's not backward in coming forward with her opinions on tipping, immigration and wages in the hospitality industry. 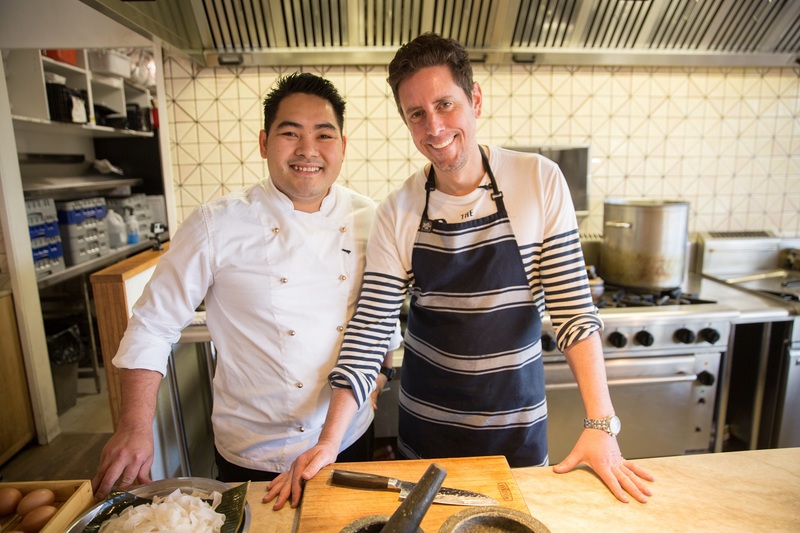 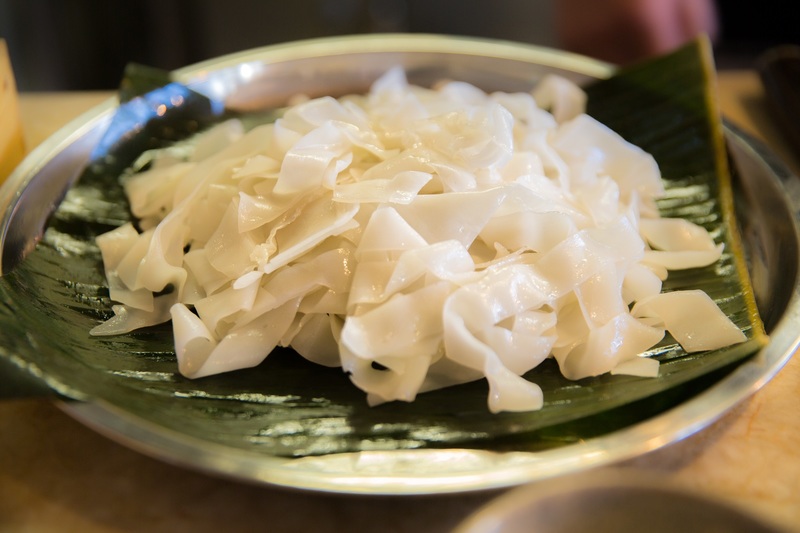 Soft noodles are made fresh every day. These ones are Chinese noodles. 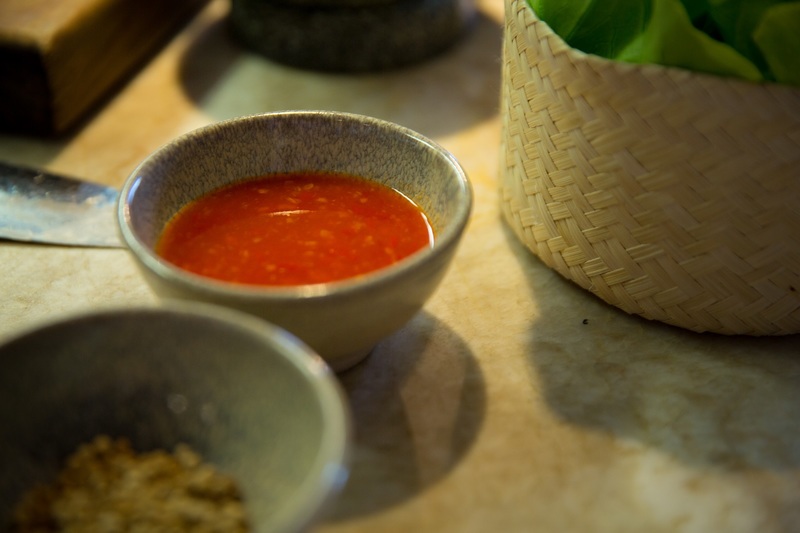 Sriracha sauce - be warned, it's hot! 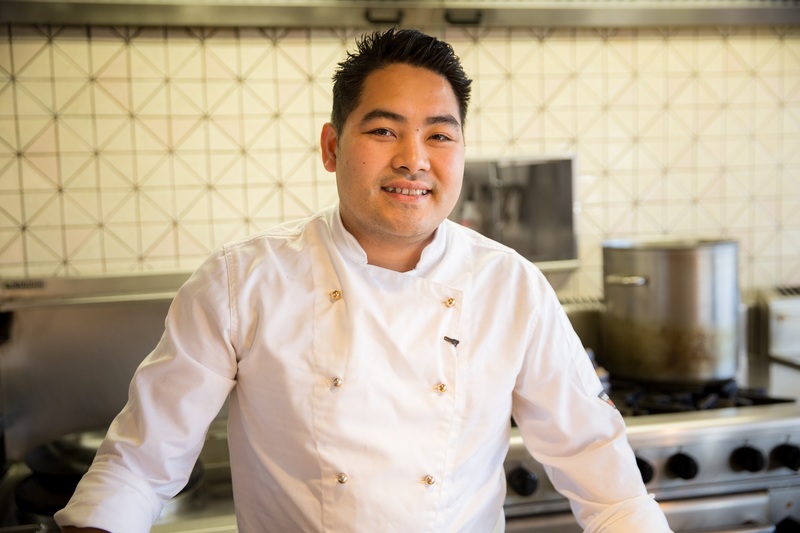 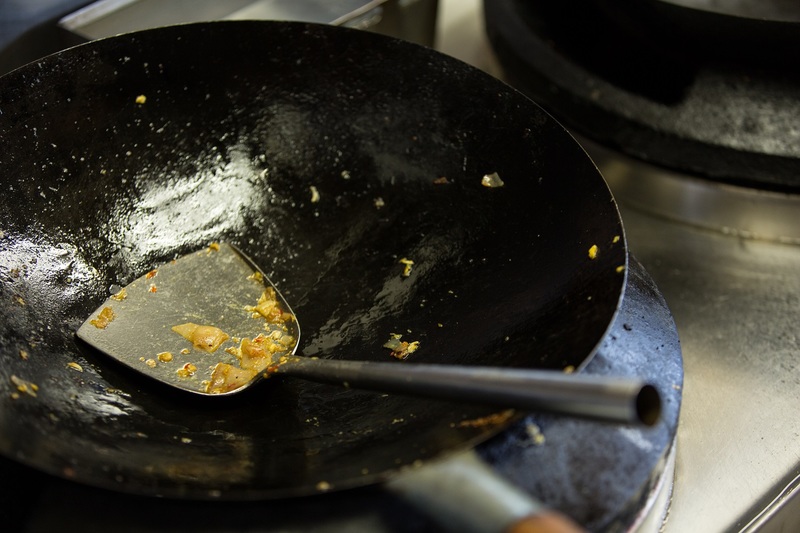 What Lek describes as a Thai ladle 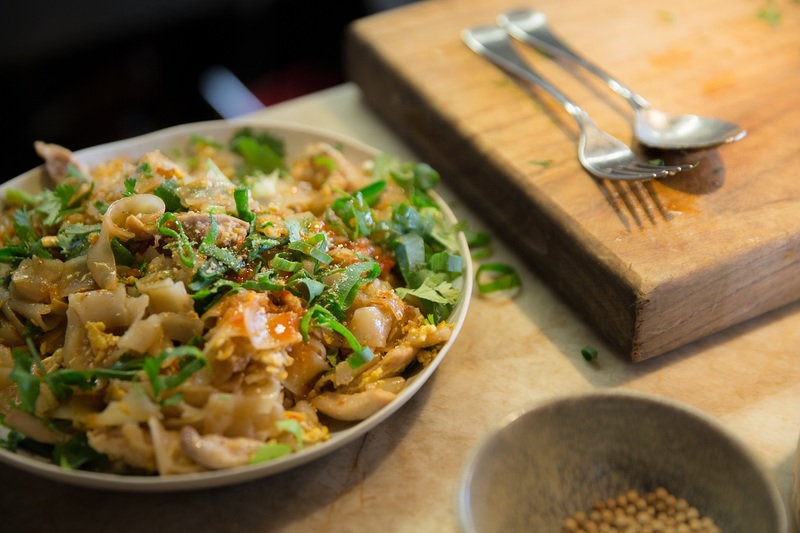 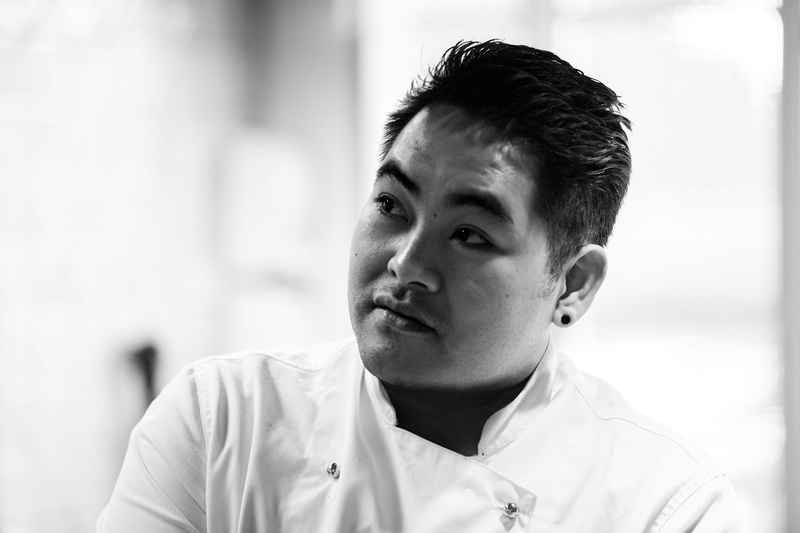 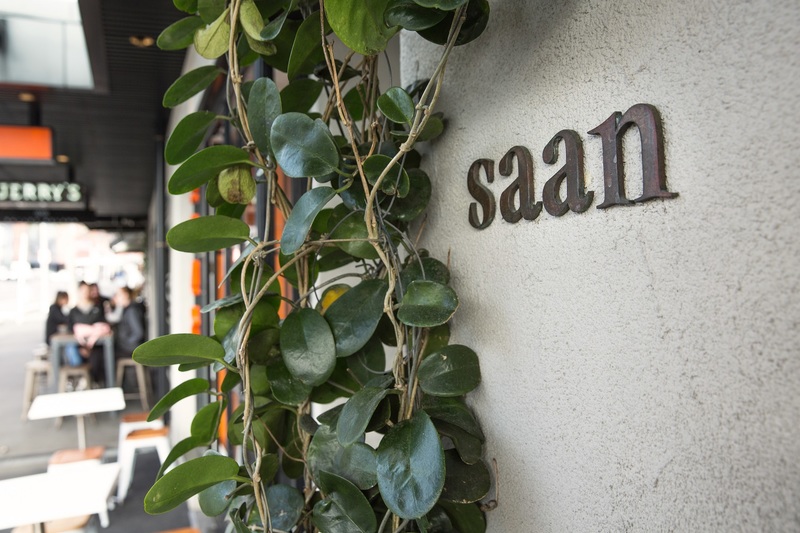 Method
1. In a hot wok fry the garlic with oil, add in the sliced chicken thigh and fry until cooked.
2. Add eggs.
3. Spread the eggs around the wok to lightly scramble.
4. Add the noodles and season with sauces. Turn up the heat to high so it gives off a charring smell.
5. Arrange on a plate on top of lettuce and serve with extra Sriracha.
6. Eat with gusto!

(You can get Sriracha sauce your local Asian supermarket.)

11:40 Lisa Coleman on the legend that was Prince 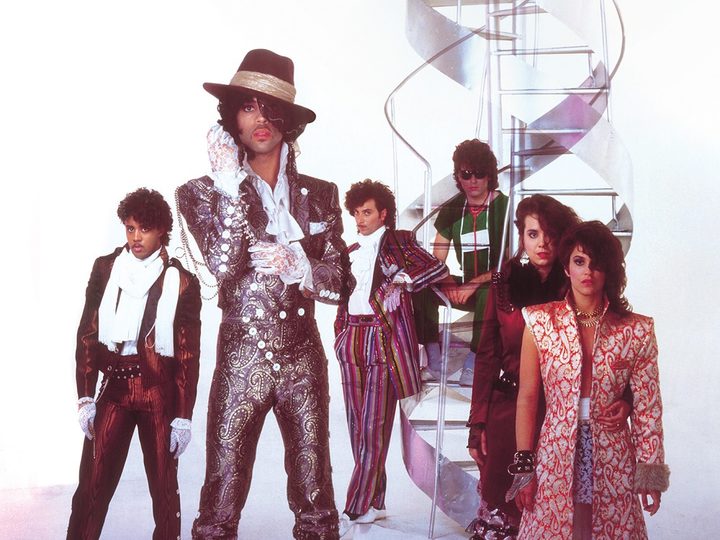 Prince's album Purple Rain is widely hailed as one of the masterpiece records in pop. A Purple Rain Deluxe has just been released - remastered and with new tracks from the vault. As for the band behind Prince, The Revolution, no one could get near them as far as that precision electro-funk sound and they're still touring strong. One of the band members was Lisa Coleman, of Wendy & Lisa fame, who talks about Prince and his legacy.