Boxing and beer at the Circus Maximus

Elections are a time of change. The mighty can tumble, underdogs can shine. For some, it’s a signal to move on of their own accord. Labour's Clayton Cosgrove sits down with The House for its series with exiting politicians.

When we arrive at Clayton Cosgrove’s parliamentary office he is wrangling a document with a staffer, so he sends us through into his inner sanctum while they finalise the language.

Like a teenager’s bedroom, an MP’s office is a palate for self-expression, and a psychologist's dream.

Clayton Cosgrove’s shelves hold a weight of US presidential busts while the walls are festooned with framed images. It almost feels like an Italian diner or a boxing gym.

A few frames are political cartoons commemorating past campaigns; many more are portraits of political heroes. Quite a few of these include Mr Cosgrove: the MP with Hillary Clinton, with Barack Obama, with Bill Clinton, with the Turkish President Recep Erdoğan. He agrees that maybe it’s time to disappear that last one. 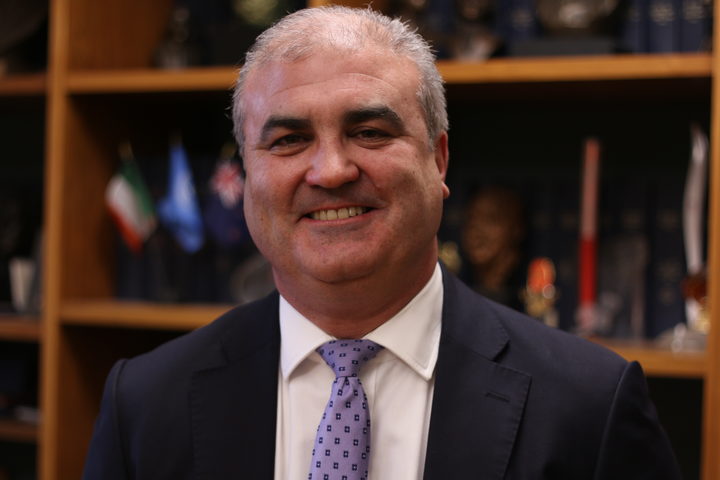 They will all be off the walls in a month anyway because Clayton Cosgrove is retiring from politics. He will cross the Styx, back to his beloved Christchurch, with one last Parliamentary taxi chit to pay the ferryman.

He says that “every day was an honour and every hour was a privilege” serving the people of Waimakariri. He was the local electorate MP for four of his six terms.

Clayton has been in politics since the age of 14, so despite being only 47 he’s a veteran of 33 years. In his early days he was a protege of the former prime minister Mike Moore, working as his campaign manager, senior advisor and general fixer. 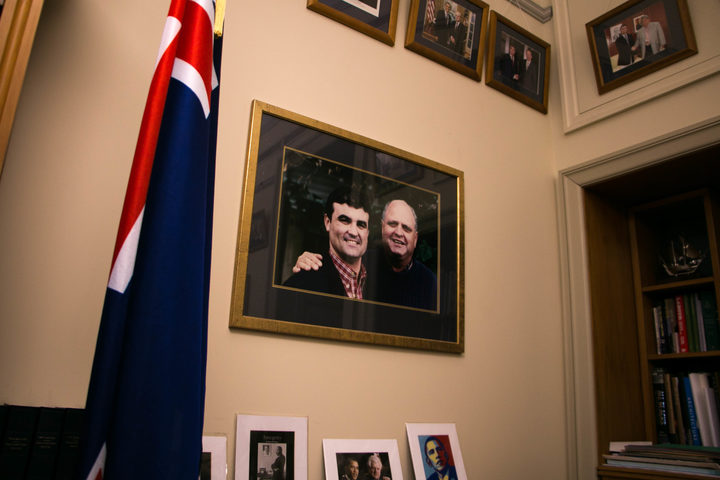 The largest photo in the Cosgrove office, and the first thing you see as you enter is a ‘father and son’ portrait with Mike Moore. Their continued friendship and ‘a debt of gratitude’ is the first thing Clayton mentions.

After the briefest of ascendancies Mike Moore lost the leadership to Helen Clark. “It was a pretty tough and torrid time, seeing close friends go through that.” But “I don’t dwell on things” he says.

Eventually he joined Clark’s ministry for three years. He wishes he could have been a minister for longer; “like any job, the longer you’re in it, the better you can be and the more effective you can be.”

Clayton Cosgrove has the reputation of a willing battler, and has seen his share of fights. It’s not something he is apologetic about. He points out that he has been “paid to argue”, though not “to sling the mud”.

“Sometimes politicians get angry. I have. And sometimes they get passionate. These are not bad things. I think one of the dangers in politics is that we’re all so vanilla. ...we probably don’t laugh at ourselves as much as we should.”

“I’m a bit old-fashioned. My view is it’s like a boxing match. You get in there, you have a punch-up and then you have a beer afterwards with the person.”

Later, when I ask whether there's anything he would do differently, he acknowledges the pugilism may have caused his opponents bruises. But he doesn't get specific on regrets.

“The chamber is the Circus Maximus. If you show weakness in the chamber you’ll be eaten alive. And um, we all throw spears, and I guess sometimes those spears can wound. But that is the nature of the game. That happens across the show. Would I do things differently? Some things, yeah.” 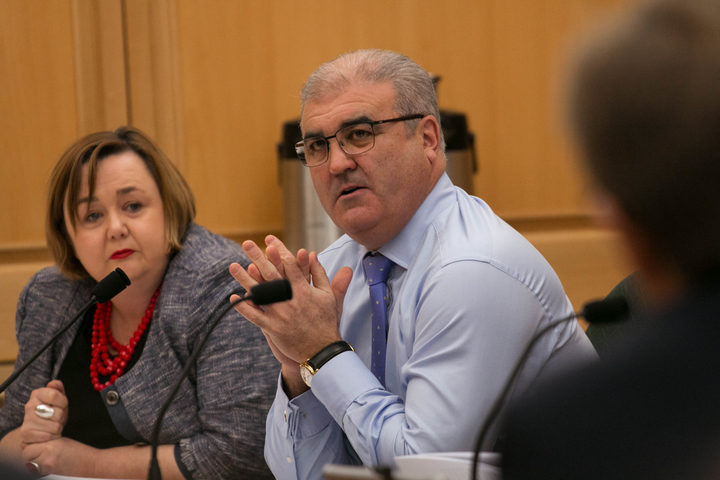 The Christchurch connection is a strong one, as is his Catholic heritage. Clayton Gosgrove is a member of what he has referred to as “the murphia” - an MP with a Catholic alma mater, in his case St Bede’s College.

“I think that school is world class. I’ve been very proud of it. It saved my life. I would not be where I am without the great education they provided. ”

St Bede's, he says, holds the record for the most concurrent MPs - he lists them off “Brownlee, Carter, Dunne, Cosgrove, O’Connor. And I think now Doocey, and there was Blumsky.”

“Not only did it instil in us public service, but we all came from different political parties, which is a good thing. We weren’t all Labour or all National, we were scattered right across. But each of us, I think, [is] very proud of that education and the values that were instilled. And we try to promote the school whenever we can.”

I ask him what he is particularly proud of. He mentions some legislative achievements but his real focus is elsewhere.

“I s'pose I’m proud of what I did, particularly in the earthquake.” He makes a point here, of also mentioning colleagues from across party lines who also pitched in.

“I’d never seen human tragedy and suffering up close like that. And then, the mental and emotional suffering that went on and on, and on, for days and months and years. And for some of those folks, they were on the brink. And you look back and say, ‘hey, I helped that person out’. They’re now smiling with their kids, they’re now in a decent home. I’m proud of it. That’s better than winning Lotto.” 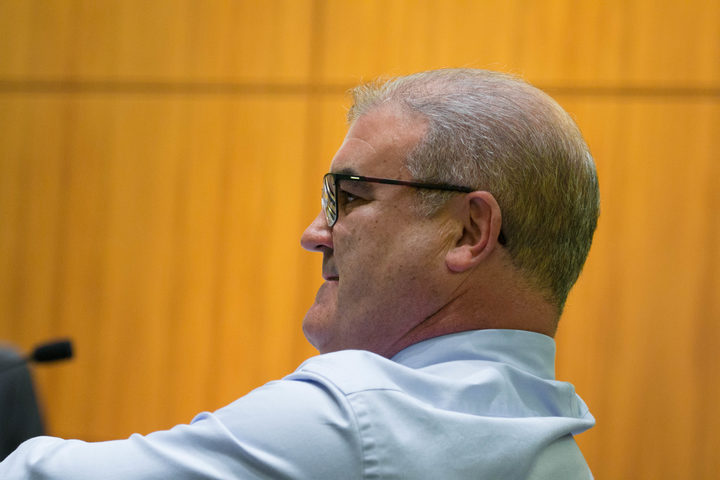 Chatting about the photos and the busts, he mentions that his biggest hero is Lyndon B. Johnson, “because he got things done”. President Johnson was an uncouth political operator who was as ruthless as necessary to get what he wanted. Alongside controversial actions, including during the Vietnam War, he engineered the greatest civil rights advancements of the American century. He would likely have approved of Clayton Cosgrove’s summary of an MP's role.

“If the essence of an MP is the ability to practically change somebody’s life, hopefully for the better in a practical turn.  We can sit up here in our flash offices and do all the flash things."