Standing Room Only for Sunday 13 October 2019 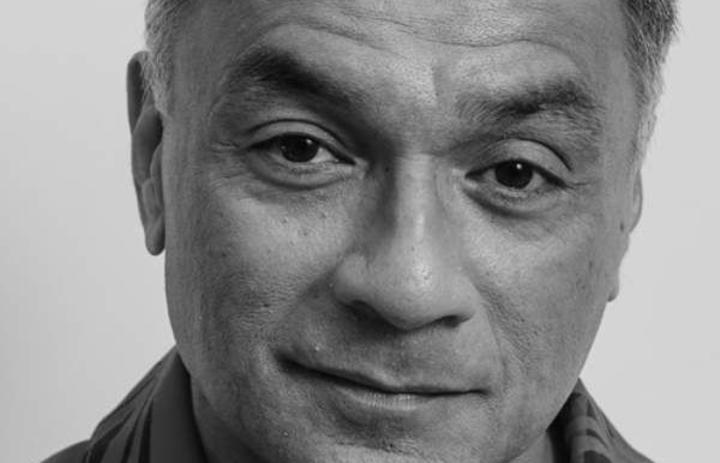 Half of the much loved comedy duo the Laughing Samoans, Eteuati Ete, has received CNZ's Senior Pacific Artist Award, recognising a career that spans four decades.

The Laughing Samoans started out in 2003 and went on to tour New Zealand, Australia, the US, England and the Pacific Islands until 2016 with their sketch-based shows.

Eteuati was one of the first Samoan students to go to drama school Toi Whakaari and since graduating in 1984 he's worked both on stage and screen, as an actor, director and producer.

The 25-thousand-dollar award also recognises his contribution to the Pacific community through fundraising for charity and being an advocate against domestic violence.

Lynn Freeman asked Eteuati if he was focussed on a career in theatre once he left Drama School.

Simon Morris reviews Joker and Yuli, and talks to the Indian writer director of the drama-romance The photograph, Ritesh Batra. 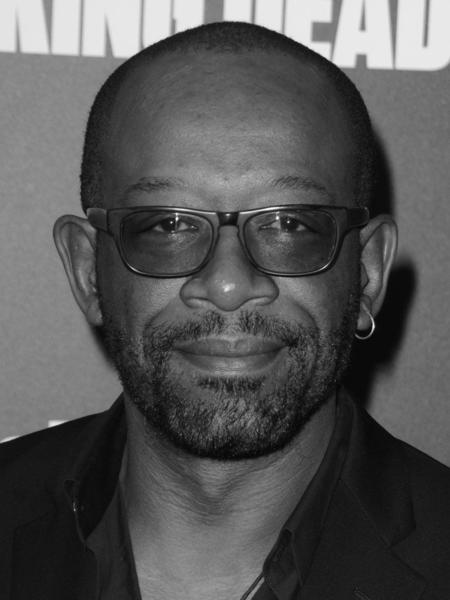 Half Of The Sky 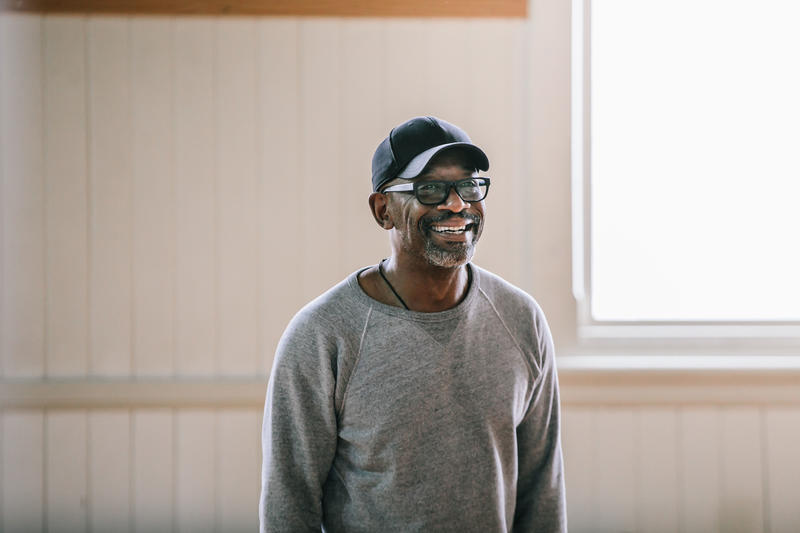 British actor Lennie James is best known for his lengthy stint on the popular Walking Dead TV series.  But he says that writing three plays for Auckland's Massive Theatre company has been one of the most rewarding experiences of his long career.

The third production, Half of the Sky, is about to premiere after months of collaboration, with  actors workshopping Lennie's ideas that he then turned into a script.

His previous two shows, The Sons of Charlie Paora and Havoc in the Garden were highly successful shows for the youth theatre company.

The new one is about three sisters whose relationship is tested when they spend a weekend together.

Lynn Freeman called Lennie James in the UK where he's working on the second series of the TV thriller Save Me. 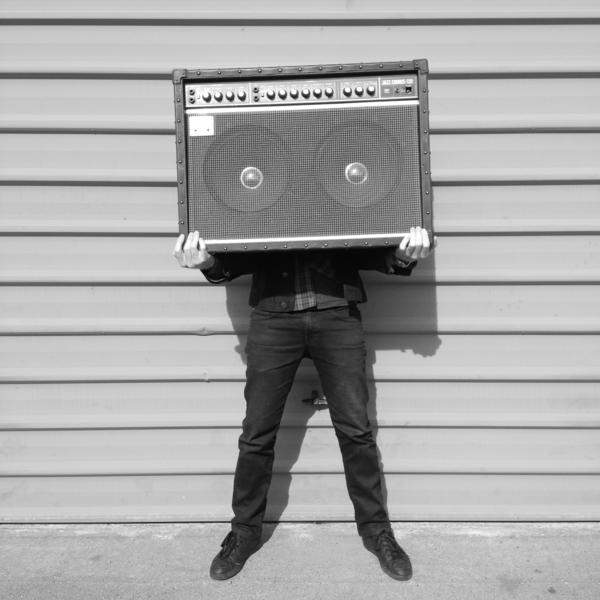 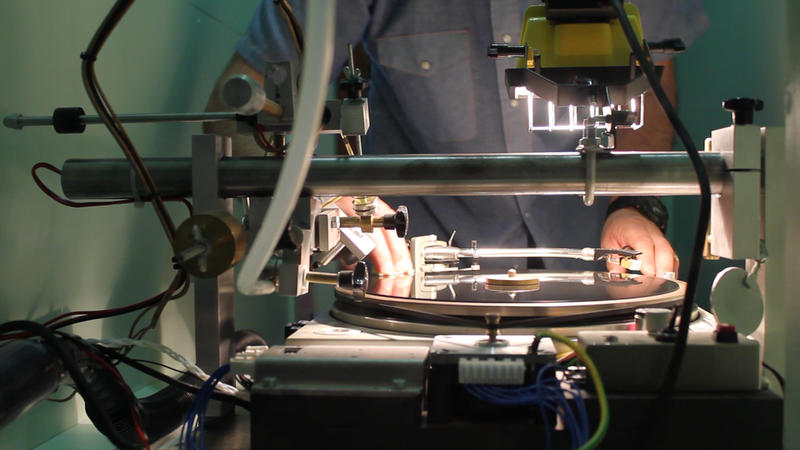 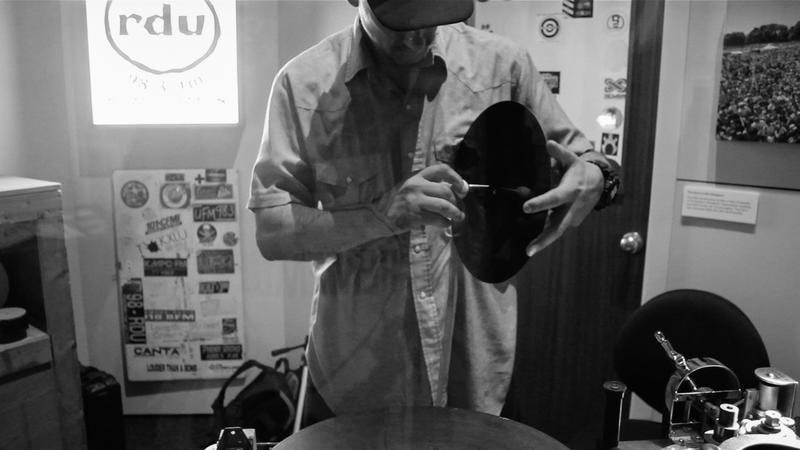 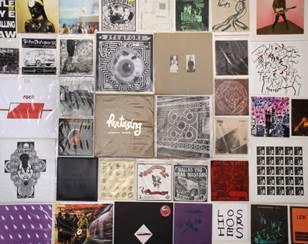 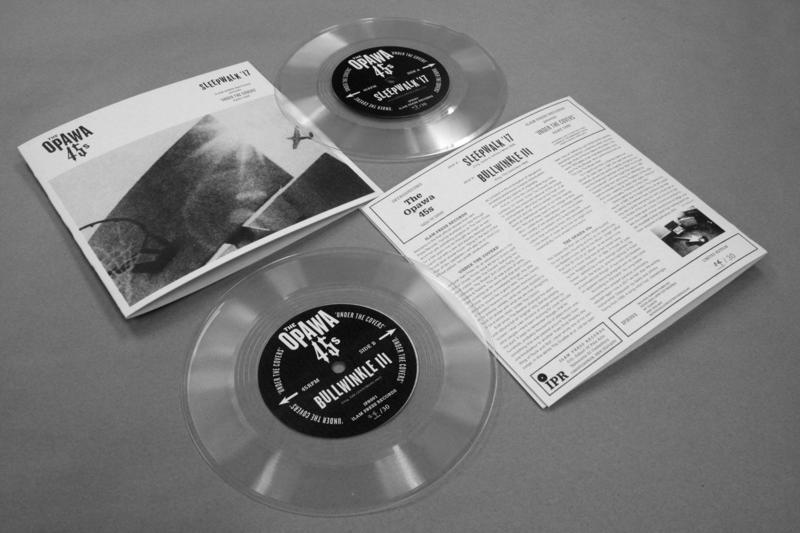 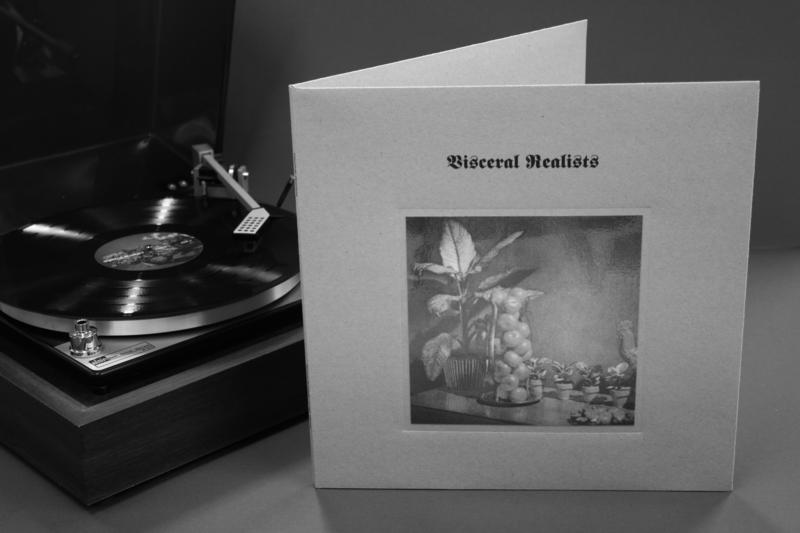 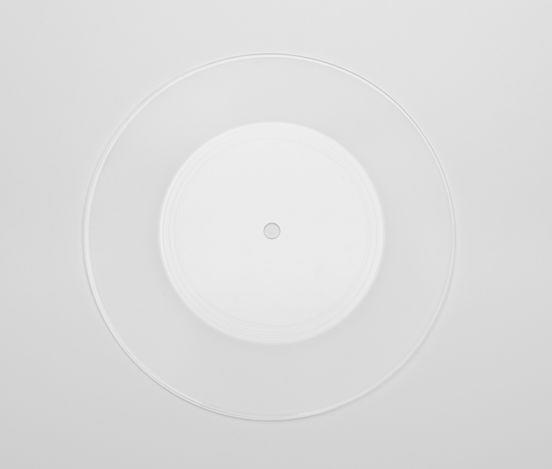 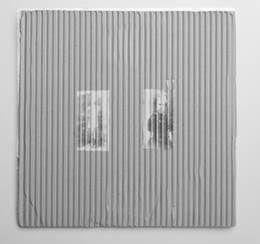 Lathe-cut records - handmade polycarbonate discs - have been a fixture of independent record labels for years, and they're still being produced.

But as ever, in short runs - including one of the best-known, "Grey Cortina" by Bungalow, produced by one of the most prolific lathe-cutters, Peter King.

The record covers are also hand made, and it was the cover art that got Luke Wood, senior lecturer in Graphic Design at the University of Canterbury's Ilam School of Fine Art, totally hooked.

Hooked enough to scour the country to get examples of lathe cut albums for an exhibition that's about to open in Auckland before heading to Wellington.

It's called A Short-Run: A Selection of New Zealand Lathe-Cut Records, and it debuts on Saturday at Auckland's Objectspace.

Lynn Freeman speaks with Luke Wood, and with James Meharry, musician, DJ - and one of the handful of people still producing limited edition, lathe-cut records in New Zealand.. 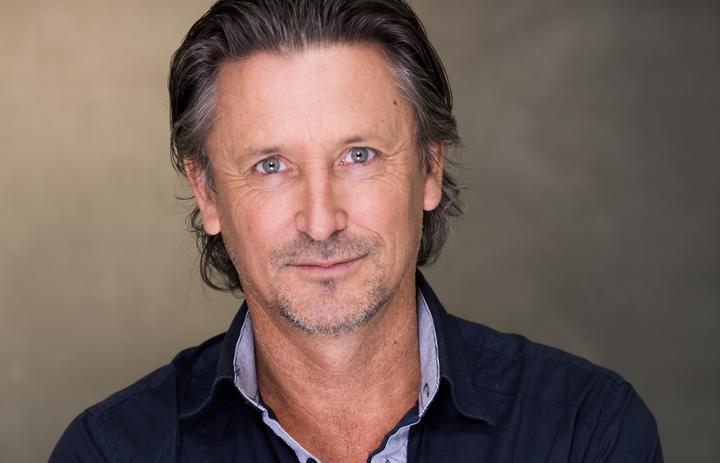 Tim Balme started his career as an actor - not just an actor but a leading man actor on stage, TV and film.

And then he became a writer - not just a writer, but one of the most successful TV scriptwriters and story-liners in the business.

He wrote The Almighty Johnsons, he wrote Outrageous Fortune and 800 words.  But above all, he wrote all 6 series of The Brokenwood Mysteries , our most successful whodunnits.

Tim's about to share the secrets of his craft at a Script to Screen workshop on October 26 at the upcoming Tauranga Festival - and first with Simon Morris!

Tim Balme's picks on the Laugh Track include Flight of the Conchords, Fawlty Towers, John Clarke and The Front Lawn. 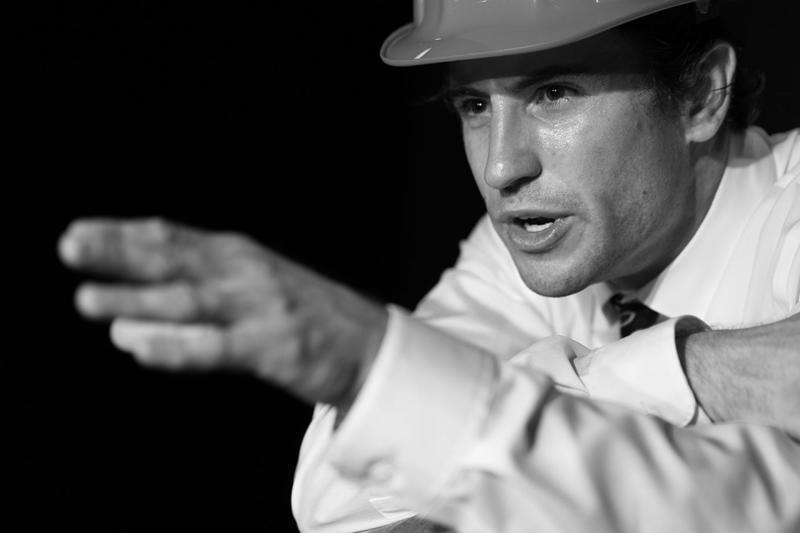 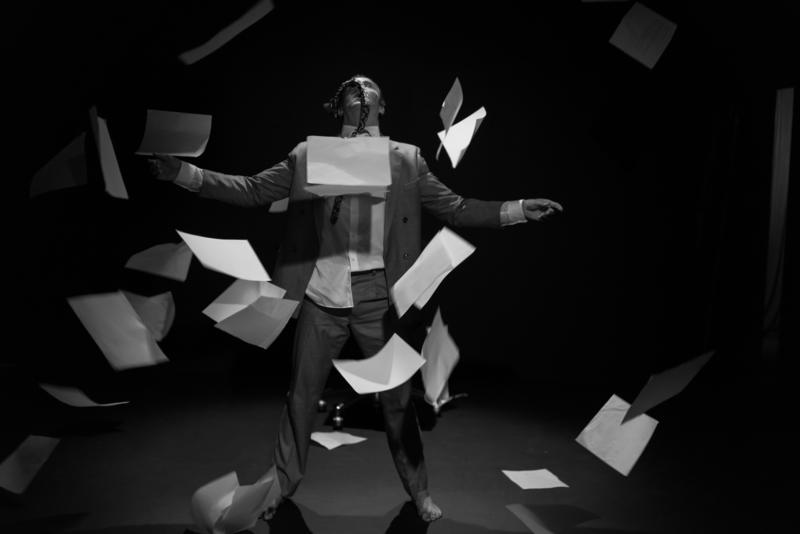 Hawke's Bay boy Cameron Jones is bringing his play that won awards at the Hollywood Fringe Festival in the States back home for the first time.

Cameron's been studying in Los Angeles at the Stella Adler Academy and the Michael Laskin Studio.

As he tells Lynn Freeman, it was based on the true story of an Auckland property developer who was behind one of the country's first apartment towers in the heady 1980s.

Cameron Jones is performing High Rise on the development site of the old Herald Tribune buildings in Hastings, from the 24th of October. 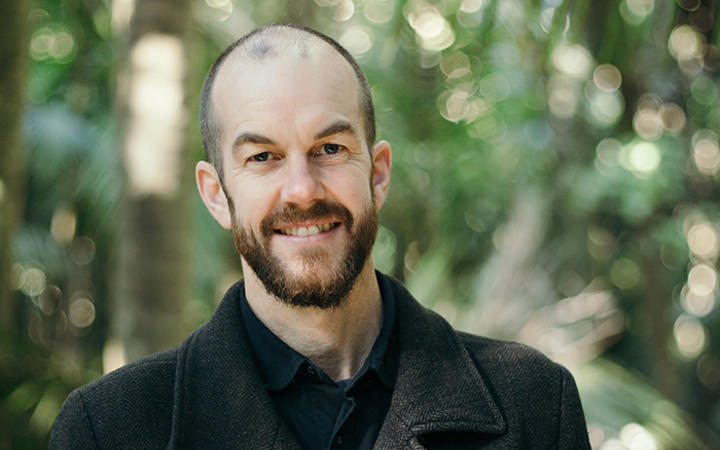 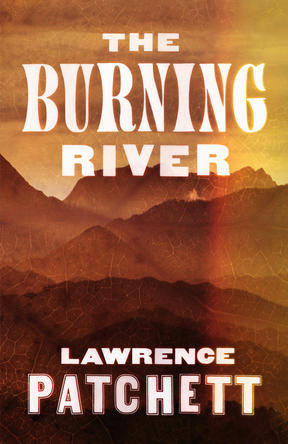 A futuristic Aotearoa ,where very different lives are lived inside and outside a fenced settlement, where plastic is mined and the future is uncertain, is created in Lawrence Patchett's second novel.

The Burning River starts with swamp dweller and plastics trader Van, whose friend Rau has just consigned his dead, loved wife to the water.

Van has summoned to the settlement a young woman, a fetch.  But they have only a short time to make it through the Gap if he agrees to accept an unknown fate.

Lynn Freeman talks to Lawrence Patchett about The Burning River, which is published by Victoria University Press.

2:49  Sxip Shirey and his bizarre orchestra 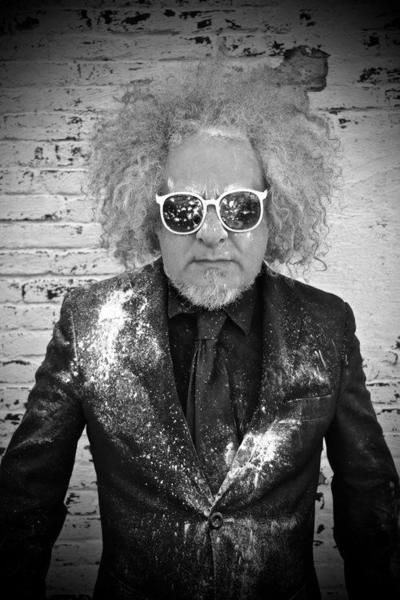 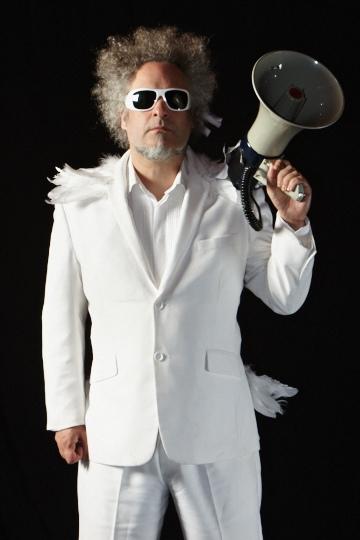 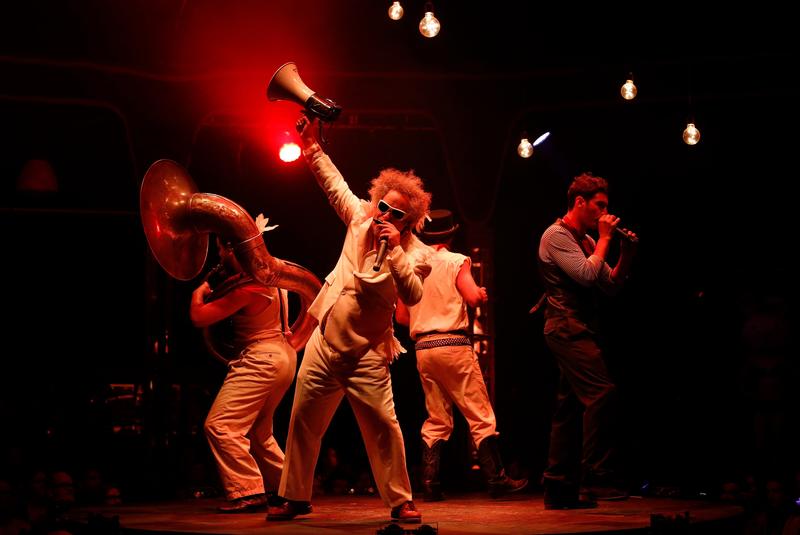 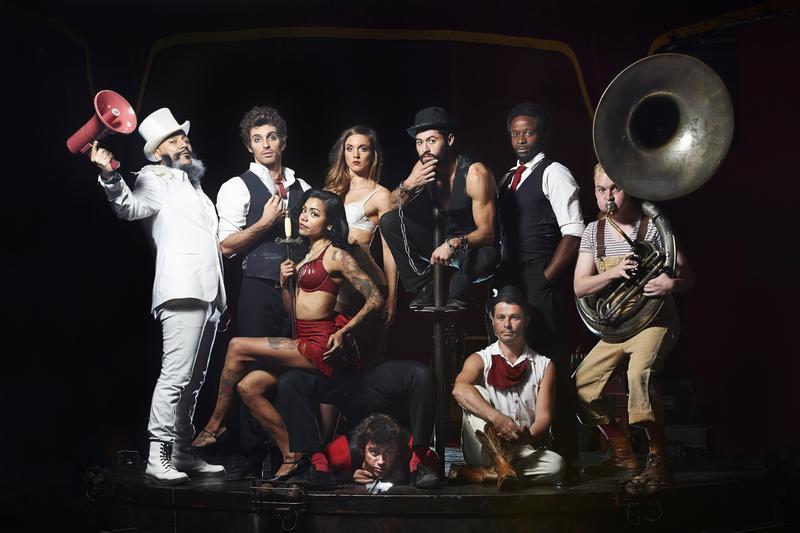 Found objects, traditional instruments, computer generated material - they're all part of an orchestra of sounds New York  composer Sxip Shirey taps into for his creations.

His CV is a fascinating read.  As well as live shows, he's written for film, has several albums to his name, is a past United States Artist Fellow and led the band at Madonna's birthday party once.  Lynn Freeman gets a chance to talk with him.

Our Sunday Drama is appropriately about the trials of a rugby fan re-living the glories of an All Black supporters tour.

It was recorded live with a studio audience, and it contains language which is quite familiar to those who attend Rugby matches, or go to the pub , but may be offensive to some people.

With that in mind, here's Roger Hall's rugby classic C'mon Black.  It's performed by the late Grant Tilly, who died on April 11, 2012

Artist: The Simpsons
Song: Send in the clowns
Composer:  Sondheim
Album: Songs in the key of Springfield
Label: Rhino
Played at: 1.07

Artist: The Beat
Song: Tears of a clown
Composer: Coiby-Robinson-Wonder
Album: You just can't beat it
Label: Musicclub
Played at: 2.35