The Tokyo 2020 Olympic Games opening ceremony takes place overnight Friday, kicking off a games that has faced countless challenges amid a global pandemic.

Not only are there strict Covid-19 rules in place and spectators banned, but weather forecasters predict these could be the hottest Olympics to date. On top of that, they are looking likely to be the most expensive summer games ever, with government audits over the past few years suggesting the final cost will be around NZ$35.8 billion.

Professor Ian Culpan, co-director of the NZ Centre for Olympic Studies, says it's astonishing the games are going ahead. He believes the decision goes against the International Olympic Committee’s code of ethics, and counters the reason the games actually exist. 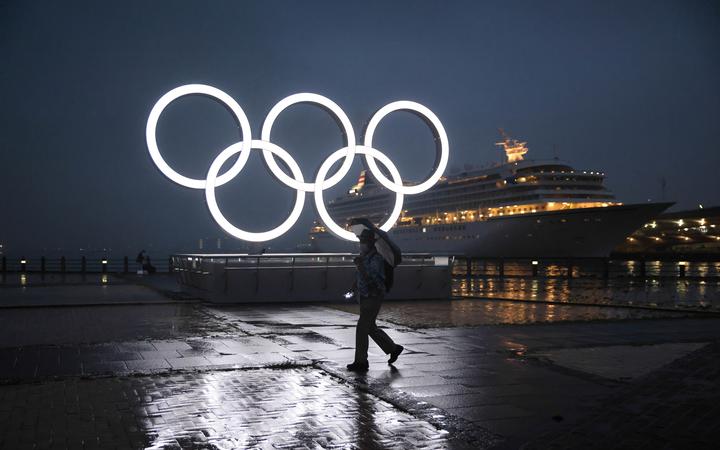 8.30 Make It 16: advocating for lower voting age in Aotearoa

Next month, a group of young activists will be in the Court of Appeal arguing that the current voting age is discriminatory under the Bill of Rights. The case by Make It 16 against the crown failed in the High Court last year, but the group can point to countries like Austria and Scotland, where the minimum voting age has been lowered. In New Zealand the voting age was lowered to 18 in 1974.

Make It 16 members Ella Flavell and Lily Lewis, are both at Victoria University of Wellington after becoming active in politics at high school. Flavell is Deputy Chair of the Wellington Youth Council, and Lewis was Wairarapa Youth MP at the 2019 Youth Parliament. They join the show to discuss the campaign.

9.05 Amy Tan: the joy of creativity captured in Unintended Memoir

The relationship between mothers and daughters has been a central theme of much of the work by Asian-American writer Amy Tan.

The best-selling author, whose books include The Joy Luck Club, The Kitchen God’s Wife and Where The Past Begins, is the focus of a new documentary which not only examines Tan’s relationship with her own mother, but also traces her path to success as she questions her identity and the source of her creativity.

Titled Unintended Memoir, the documentary was directed by the late James Redford - son of Robert Redford - who pulled Tan from what she jokingly calls ”the path to obscurity” to make the film.

A leading jewellery artist known for his subversive punk approach to valuable materials, Karl Fritsch exhibits as much in Europe and the United States as he does New Zealand - but the pandemic has thrown a spanner in the works.

Fritsch is part of Preview Kiwi Schmuck at The Jewel and the Jeweller in New Plymouth, a group show of New Zealand artists who were due to exhibit in Munich this year at what is the oldest regular jewellery exhibition in the world, Schmuck. And Hamish McKay Gallery in Te Aro is currently showing Fritsch’s celebrated rings, alongside a group of seaweed lamps.

Fritsch does, however, get to be part of an Amsterdam exhibition that opened this month at the leading Stedelijk Museum where, in a radical move, the museum is showing its entire holdings dating from 1980 to present day.

Born and raised in Germany, Fritsch lives in Island Bay with his partner, artist Lisa Walker. 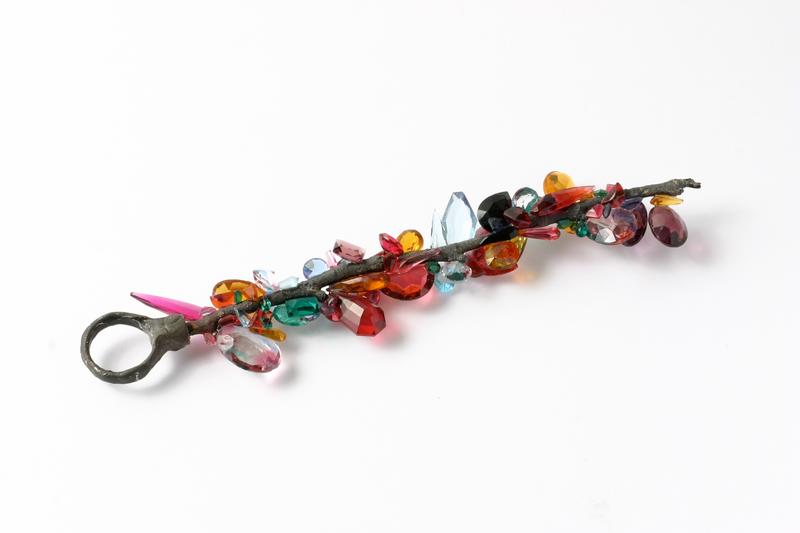 Frtisch's ring currently on show at the Stedelijk Museum, Amsterdam. 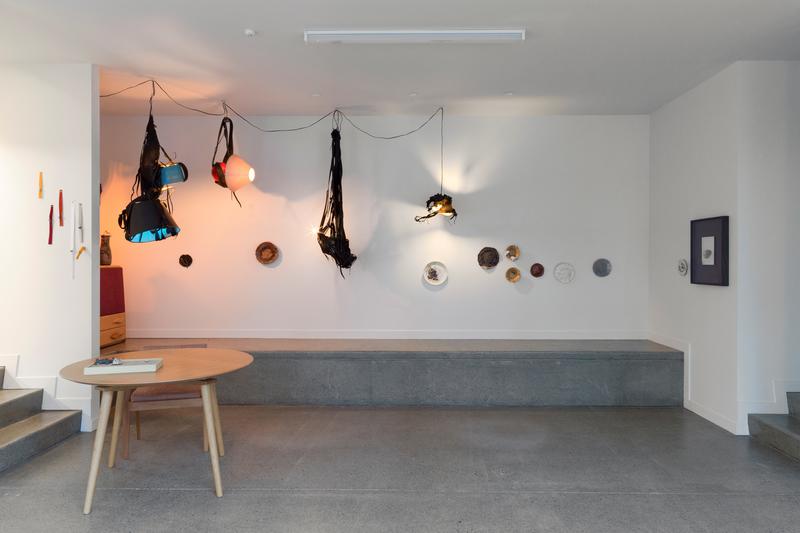 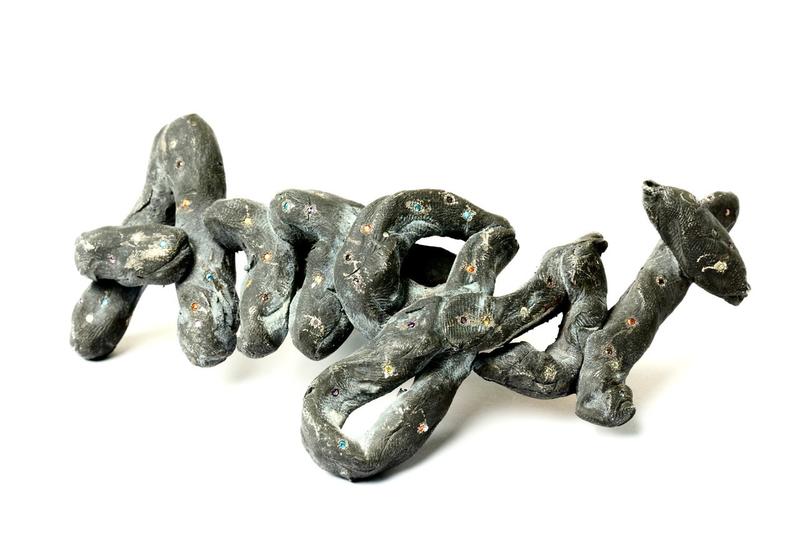 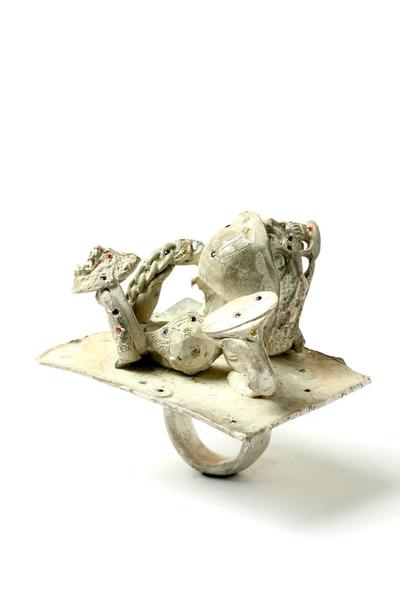 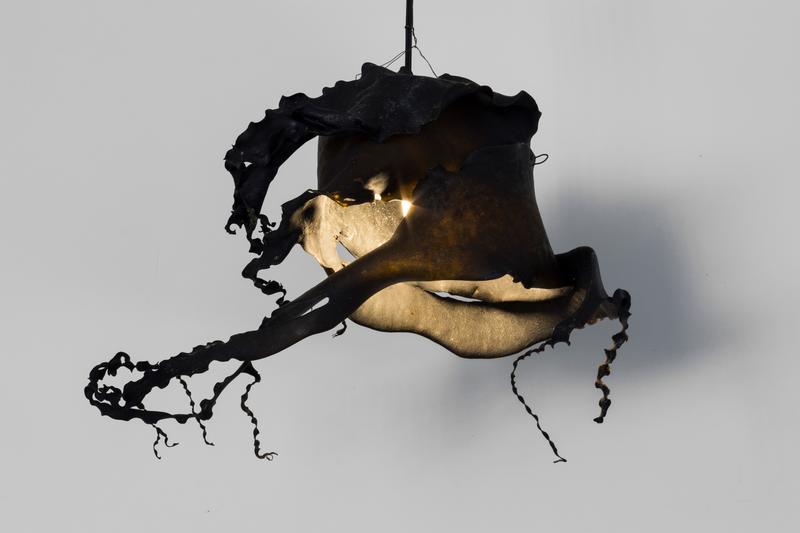 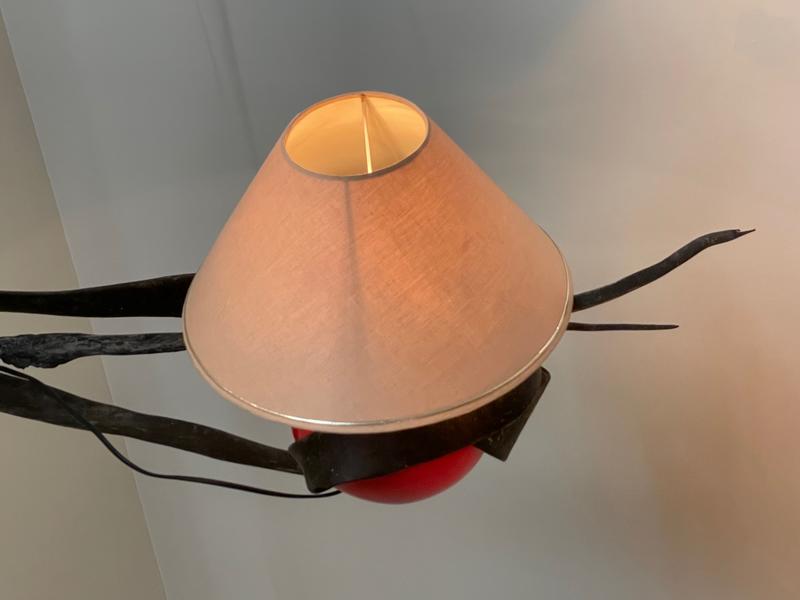 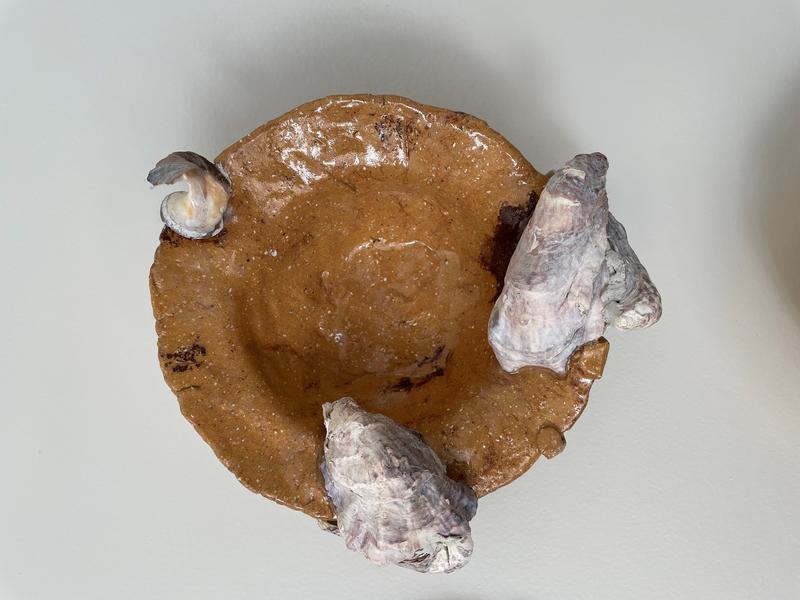 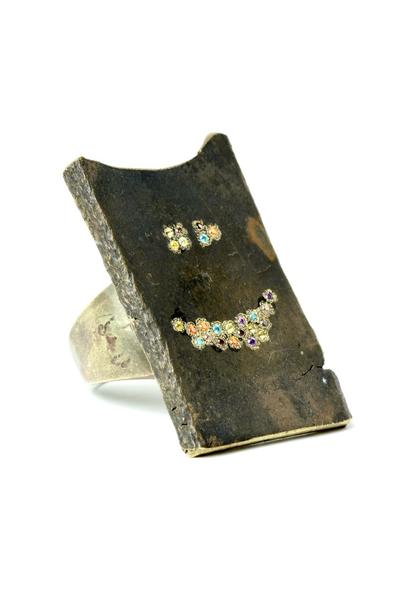 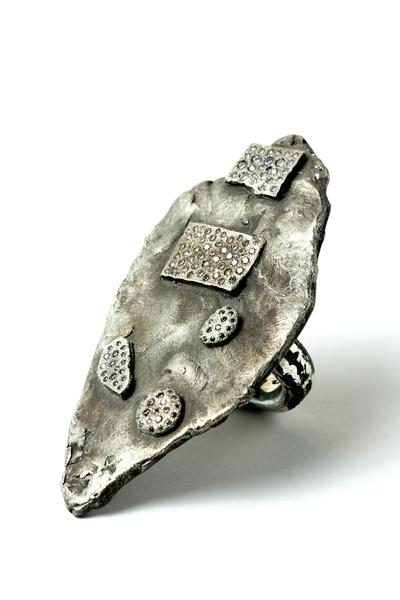 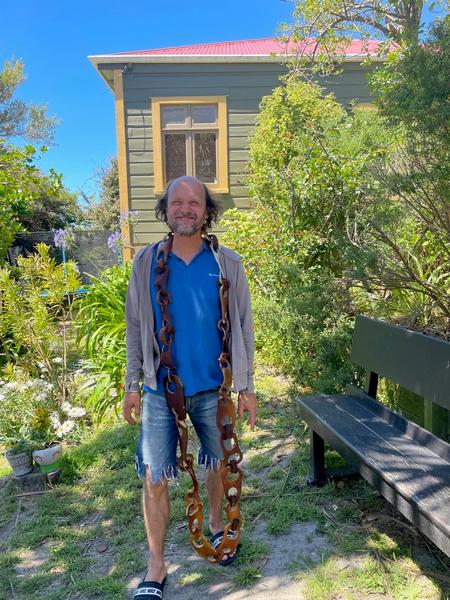 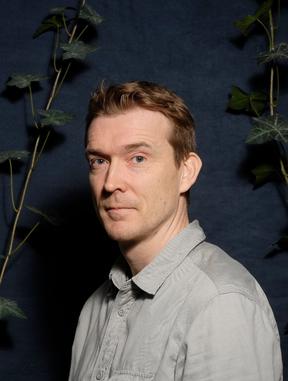 When David Mitchell's son was diagnosed with autism at three years old, the British author and his wife Keiko Yoshida felt lost, unsure of what was happening inside their son’s head.

In an effort to find answers, Yoshida ordered a book from Japan written by non-verbal autistic teenager Naoki Higashida. Entitled The Reason I Jump, the book was a revelation for the couple who gained a deeper understanding into their son’s behaviours.

The pair went on to translate the book into English, and it has since inspired a documentary film of the same name, following the daily experience of five people with non-verbal autisms.

Mitchell is the author of Cloud Atlas, The Bone Clocks, Number9Dream, Utopia Avenue and more.

He and New Zealand musician Hollie Fullbrook (aka Tiny Ruins) are teaming up for 'If I Were a Story and You Were A Song' on Saturday 28th August as part of Word Christchurch Festival.

The inability to visualise mental images - a condition called aphantasia - affects around 2-5 percent of the population, but very little is known about it. An example of neurodiversity, aphantasia comes in different shapes and sizes - with some reporting a reduced ability to remember the past, imagine the future, or even dream.

Professor Joel Pearson, a cognitive neuroscientist at the University of New South Wales and director of Future Minds Lab, has been studying mental imagery since 2005. Recent research helmed by Professor Pearson has shown people with aphantasia are harder to frighten with scary stories, and now the team are investigating how PTSD might be experienced differently by those with aphantasia. 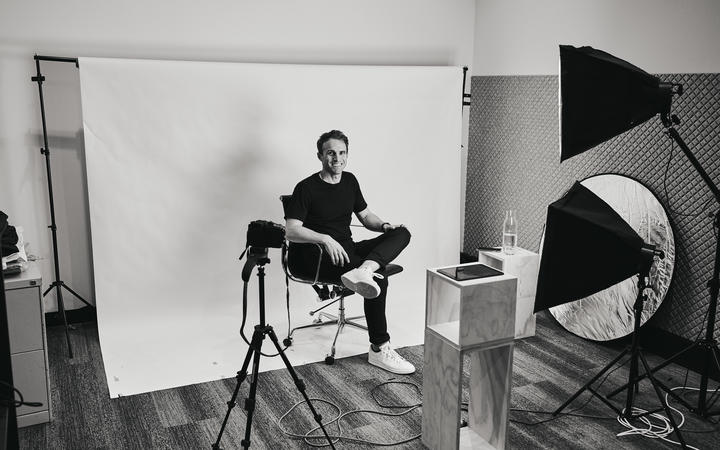 
11.35 John Summers: celebrating the extraordinary in the ordinary

From the Arcoroc mug to the Commodore 64, from the house that Norm Kirk built to the actions of his activist grandmother Connie Summers, writer John Summers has a curiosity for the wider resonance of objects and incidents in his personal history.

His new essay collection The Commercial Hotel has been described by The Spinoff’s Toby Manhire as “a dazzling New Zealand opportunity shop, floor to ceiling with lost books and impossible treasures, railways and eels, ghosts and daydreams”.

Summers’ first book was The Mermaid Boy, a collection of non-fiction stories published in 2015 and he is a regular contributor to publications, including The Spinoff, North & South, Landfall, Newsroom and Sport. He lives in Wellington with his family. 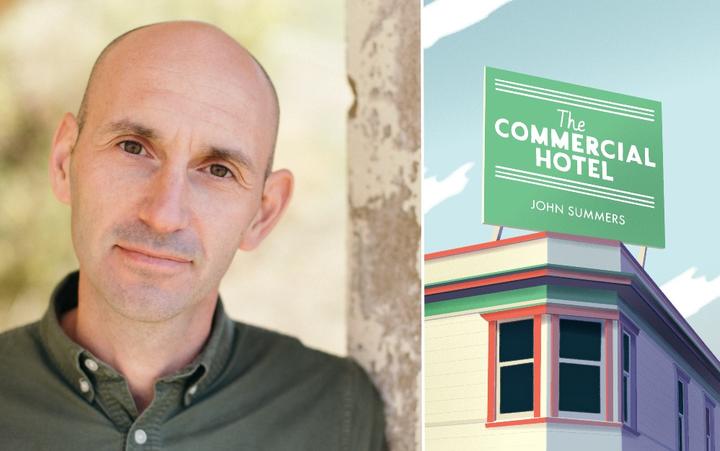 Song: Bird In The Thyme
Artist: Tiny Ruins
Played at 10.50am

Song: This Sound
Artist: Greentea Peng
Played at 11.40am