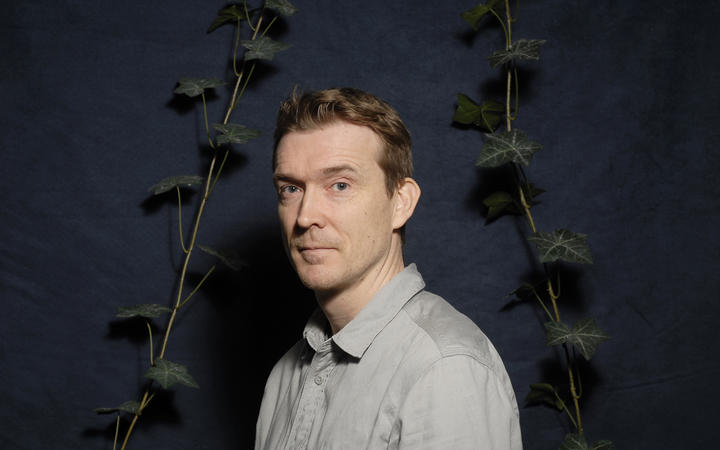 When author David Mitchell's son was diagnosed with autism at three years old, the British author and his wife Keiko Yoshida felt lost, unsure of what was happening inside their son’s head.

In an effort to find answers, Yoshida ordered a book from Japan written by non-verbal autistic teenager Naoki Higashida. Entitled The Reason I Jump, the book was a revelation for the couple who gained a deeper understanding into their son’s behaviours.

The pair went on to translate the book into English, and it has since inspired a documentary film of the same name, following the daily experience of five people with non-verbal autisms.

Mitchell is the author of Cloud Atlas, The Bone Clocks, Number9Dream, Utopia Avenue and more.

He told Kim Hill that Higashida's book has highlighted the mismatch between how society boxes people with autism, and their capacity.

"It revealed to me that primarily autism is a communicative disorder, not a cognitive one. That it is always best and most helpful to assume competence. That even in the case of a non-verbal autistic person, what is going on in their heads is as imaginative and enlightened as what is going on in a neurotypical person's head.

"The old myths of autism - meaning that the autistic person hasn't got emotions or has no theory of mind, or doesn't get that there are other people in the world that have minds like they do - these are exactly that; myths, pernicious and unhelpful myths, that exacerbate the problem of living with autism in a neurotypical world."

Mitchell reiterates that autism isn't a disease, and it's not appropriate to speak of a cure.

"What we can do is work to make our world a more autism-friendly place."

He agrees with Hill's proposition that there is a temptingly easy cowardice to assuming that non-verbal equals a lack of thought.

"I believe that autistic people have the same emotional intelligence, imaginative intelligence and intellectual intelligence as you and I have. But if we've bought into an ideology that says that is not the case, to have that challenged is uncomfortable and confirmation bias kicks in, and that can fuel scepticism."

Mitchell has lived for many years in Japan, and has met Higashida, who wrote the original book and inspired the film.

"I remember he came into the room very visibly classically autistic, he found it initially quite hard to sit down at the table and to be grounded. First he entered the room, then he left again, then he entered a few minutes later, and this time was able to sit down, and then we'd begun to communicate.

"I'd ask him a question, and he independently ... across the table tapped out an answer on his cardboard alphabet board - it's not easy for him, but he'd point to a letter in the Japanese hiragana alphabet, voice it, point to the next one, voice that. Sometimes he has to start a sentence multiple times, but he'll then get through his answer and then I'll respond and ask him something else. It was pretty amazing really.

"I wasn't quite sure what I was in for, so initially I kept the questions or my remarks fairly straightforward, but soon sensed that he was well able. He was as engaged and clued in and intellectually acute as I am. So pretty soon we were talking about his use of metaphor." 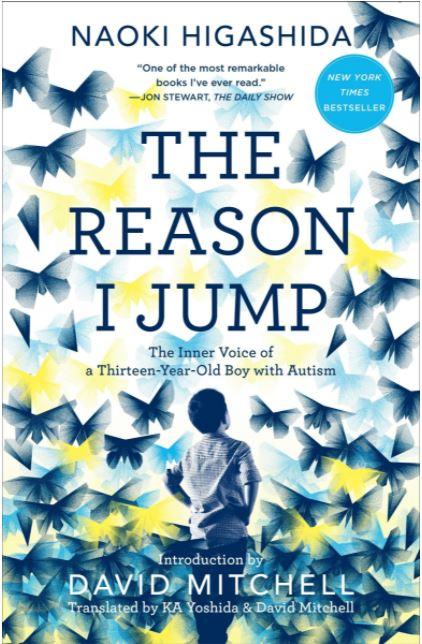 Mitchell says Higashida has never once in his life had the luxury of the ease of the normal "verbal ping-pong" of a flowing conversation.

"This effortless absence of a gap between speech and thought, it's an 'app' [or technique] he hasn't got. So he has to do it in a very manual syllable-by-syllable manner. However, factor that in and ... there's the same engagement there, even if the vehicle for that conversation is really different."

Mitchell himself has a stutter, and utilises his own techniques to be able to speak smoothly. He describes this, also, as a gap between speech and thought, but says it is immensely different to what Higashida copes with.

He emphasises that not all people with autism are the same.

"Non-verbal autism, the one where you essentially can't converse the way we're doing is tough, it locks you in, it makes it very very hard to express yourself in any way."

Mitchell and his wife Yoshida are working with their son toward using a letter board to communicate.

"It isn't easy. It's hard work to get there, and it does seem that some non-verbal autisms seem to be more inclined to getting successful results out of using a letterboard than others. However it's a process."

Many of the parents depicted in the documentary have expressed a deep-seated need for a shift in the world's attitudes toward their children, as well as a need to find ways to enable their children to deal better with the world.

Mitchell says there have been swirls of controversy around methods and aids used by the non-verbal for communication, particularly around a methodology developed in the 1990s called facilitated communication. And he suspects some people have a knee-jerk suspicion that people assisting with methods of communication are in fact providing the voice - which he stresses is not his experience.

"There's still this idea that an autistic person has to prove that it's them. No-one's ever asked me to prove that I'm the author of my works, yet somehow if you're an autistic writer it's incumbent upon you before anyone'll begin to take you seriously, that you have to prove it is you writing your sentences.

"It's as if their very right to authorship is under this cloud of doubt. For me it's not only wrong - that's the ethically dubious position to take. It takes these kids years to learn how to do this... and I just want to scream at the sceptics and say 'how dare you'."

He's hearted to say narratives and attitudes toward autism can, and do, change.

"The change can come from the aggregate efforts of activists or research, or more enlightened trends that society embarks upon," he says.

"Fifty years ago people like my son would have been locked up. Thirty, 40 years ago autism was [thought to be] caused by mothers, mothers who didn't love their child enough. The famous refrigerator mothers - never refrigerator fathers ... we now look at those attitudes with disgust in most parts of the world we don't think that any more.

"Twenty years ago there would have been no special needs units in mainstream schools, but now there's this idea that if it's possible to have a special needs unit within a mainstream school then this is pretty good. The curriculums and the syllabus is thought about more intelligently than in previous decades - everything's still pretty rickety, and there's still vast room for improvement."

The gains have been hard-gotten, and are uneven, but Mitchell says that even within his fifteen-year-old son's life he can measure a shift.

"[Now] there's this idea that autism's a thing that a civilised society should be accommodating, rather than disbarring the children from any kind of meaningful education - even in the 90s that was the case.

"So, demonstrably the narrative is changing, and I hope that this trend will continue in this direction. I hope we're moving toward a world where these autistic tics... raise no eyebrows. And the film is a part of that."

He's happy to report that people who've seen The Reason I Jump, have told him they found the film expanded and changed their knowledge and attitudes toward people with autism.

"I know which kind of society I'd rather live in, and it's that," he says.

Reflecting the widespread experience of parents with an autistic child, he says giving his son a fighting chance at what others take for granted in society is still an uphill battle.

"However, compared to the stamina of having to live in an autistically-wired brain it's nothing. If I ever think that I've got it hard - when we're tempted to indulge in a little bit of self-pity ... 'oh, I'm having to explain it again, or we're having to send this email off again' ... we just look at our son and see what he has to put up with.

"Being autistic in a neurotypical world, now that's stamina.

"They have to painstakingly put these [mechanisms] in place - I think of them as apps - line by line, just to function in our effortless world - it's not heroism that they've chosen, but as far as I'm concerned that doesn't stop them being heroes."

The Reason I Jump is slated for New Zealand released later in the year.

David Mitchell and New Zealand musician Hollie Fullbrook (aka Tiny Ruins) are teaming up for 'If I Were a Story and You Were A Song' on Saturday 28th August as part of Word Christchurch Festival.