This Saturday Morning: Kim starts the morning in conversation with Dave Cullen, who once wrote the definitive book on the Columbine High School shootings of 1999, and returns to the subject with another book, this time on the Parkland, Florida, shootings of roughly a year ago; one-time builder, now celebrated choreographer Ross McCormack explains why sculpture and set design has taken an outsized role in his latest dance production; Parks & Recreation star Nick Offerman returns to New Zealand with a show that he hope encourages "Homo Sapiens to aim higher in life than the channels of consumerism would have us imagine"; UK social commentator Julie Bindel exhorts feminists to "throw away [their] makeup kits"; 97-year-old artist Harry Sangl tells of his painstakingly produced paintings of kuia from decades ago - he and daughter Michaela explain the mystery of the works' whereabouts now; stud farmer Jacqueline Curley describes the devastation of extreme weather on northern Queensland earlier this month, and finally, he's something of a local legend in jazz circles  - Wellington pianist Terry Crayford, father of Jonathan, joins us to talk about having three generations of musicians in the family. 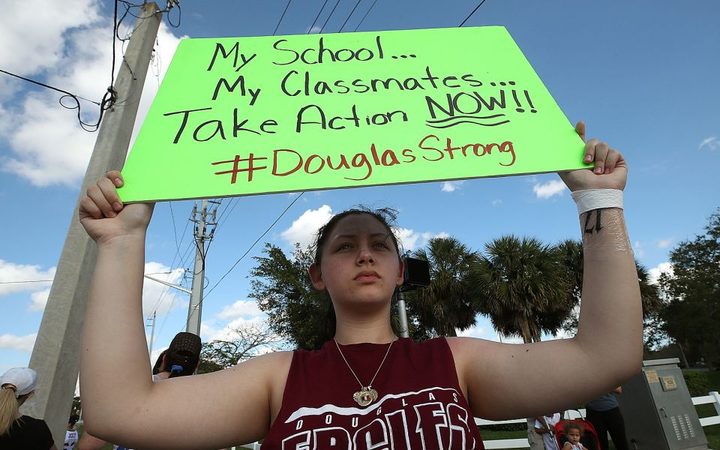 Student Angelia Lazo holds up a sign while standing near the Marjory Stoneman Douglas High School where 17 people were killed. Photo: AFP 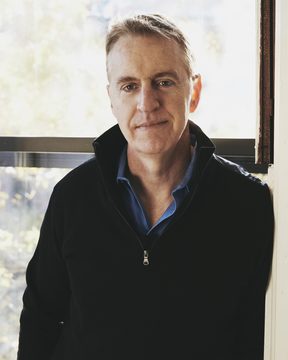 Nineteen years ago, journalist Dave Cullen was among the first to arrive at Columbine High in the wake of a shooting massacre. While writing his acclaimed account of the tragedy, he suffered two bouts of secondary PTSD.  In March 2018, Cullen went to Marjory Stoneman Douglas High School after a similar event to profile the survivors who, using their grief as a catalyst for change, transformed tragedy into a compelling political movement.  He tells the story in a new book, Parkland.

9.04 Ross McCormack - Sculpture at the centre of new dance production, As It Stands 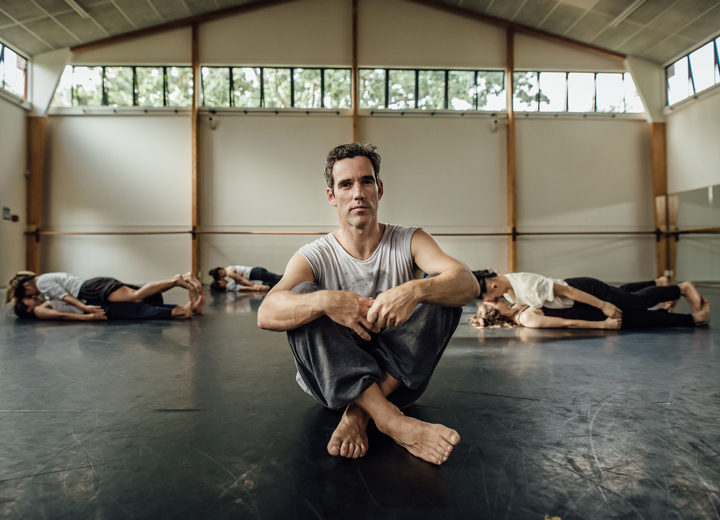 Ross McCormack, who started his working life as a builder, is one of New Zealand's leading choreographers and a 2017 NZ Arts Foundation Laureate. His career includes a decade performing with the acclaimed Belgian company Les Ballets C de la B. He has designed multiple works for companies in Aotearoa and Australia. In 2014, upon being commissioned to direct and choreograph AGE for the New Zealand Festival, McCormack co-founded Muscle Mouth. The company's latest production, As It Stands, inspired by the works of iconic American sculptor Richard Serra, will be performed as part of the Auckland Arts Festival starting March 8. 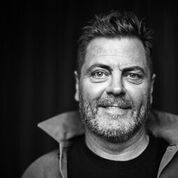 Actor, writer and comedian Nick Offerman is known best in New Zealand for his role as Ron Swanson in Parks and Recreation (2009),  which earned him a Television Critics Association Award in the US for Individual Achievement in Comedy. His first major television role since the end of Parks and Recreation was Karl Weathers in the acclaimed series Fargo, for which he also received a Critics' Choice Television Award nomination for Best Supporting Actor in a Movie/Miniseries. Offerman has published four books, including one based on his second career as a carpenter, Good Clean Fun: Misadventures in Sawdust at Offerman Woodshop (2016).  Offerman will bring his new live show, All Rise, to New Zealand in June, details here. 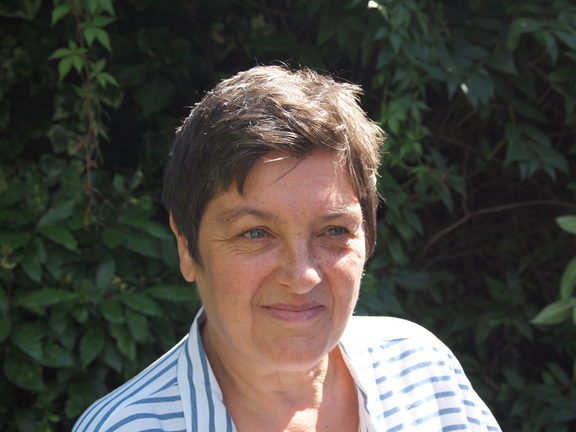 Julie Bindel is a journalist, writer, broadcaster and researcher. She has been active in the global campaign to end violence towards women and children since 1979 and has written extensively on rape, domestic violence, sexually motivated murder, prostitution and trafficking, child sexual exploitation, stalking, and the rise of religious fundamentalism and its harm to women and girls. Bindel has authored over 30 book chapters and reports, she writes regularly for The Guardian, New Statesman, and the Sunday Telegraph among others, and appears regularly on the BBC and Sky News. She recently wrote an editorial in The Independent entitled Come on feminists, ditch the makeup bag. It's a far more radical statement than burning your bra.

In 1993 Brierley Investments purchased a collection 34 original oil on canvas portraits of kuia with moko, painted by artist Harry Sangl in the early 1970s. They were promised to be returned to Maori and made accessible to the New Zealand public. A year later the paintings were put in the care of the Kuia Moko Trust, but their present whereabouts are a mystery and Sangl and his daughter Michaela have been trying to find them. Many of the kuia were of Tūhoe descent and Sangl developed a close bond with each, some of whom were over 100-years-old when he painted them. Sangl turned 97 last week and Depot Artspace in Devonport, Auckland, in partnership with Sangl and Michaela, will be exhibiting prints on canvas of the original works. The exhibition opens on March 2. 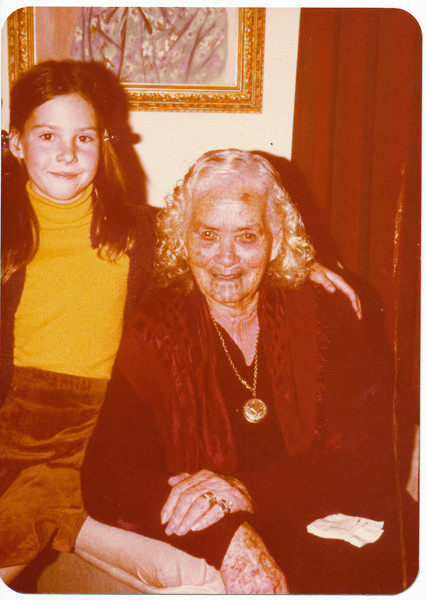 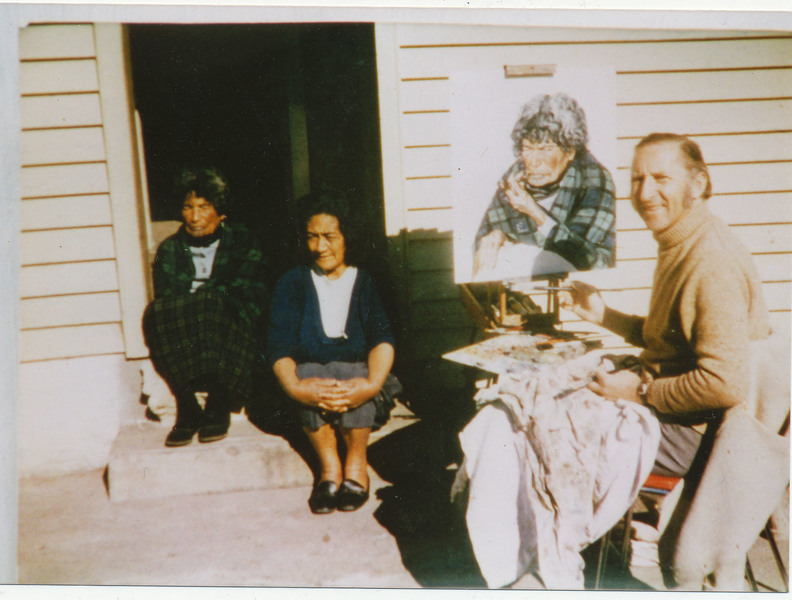 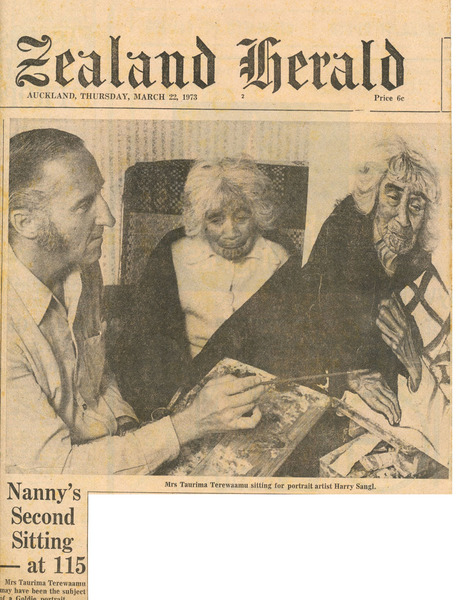 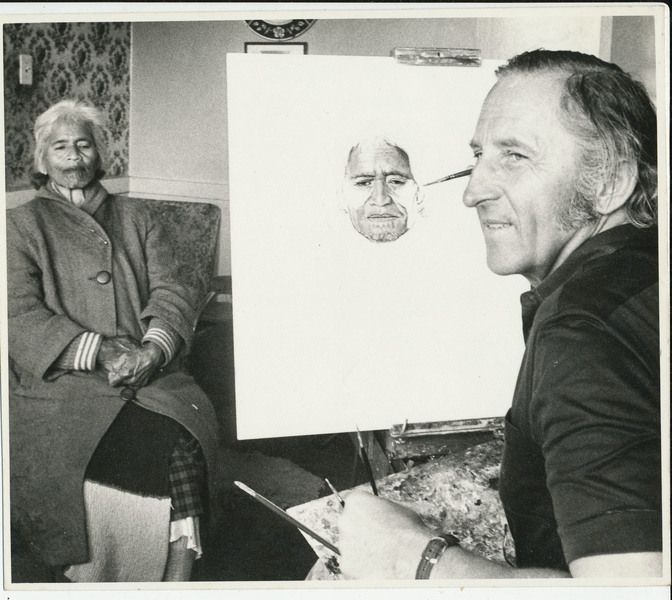 Extreme weather, said to have hit like a cyclone, devastated northern Queensland earlier this month. It's estimated that half a million cattle, sheep and horses and an unknown number of wildlife perished in what's been described as an "inland tsunami". The damage bill is estimated at Aust$1 billion. Jacqueline Curley is a photographer and farmer. Her family breeds a stud herd of Brahman cattle on their 48,500 ha farm and thousands of their animals were killed in the wind and rain. Curley recounted her horror at the devastation in an article for The Guardian. 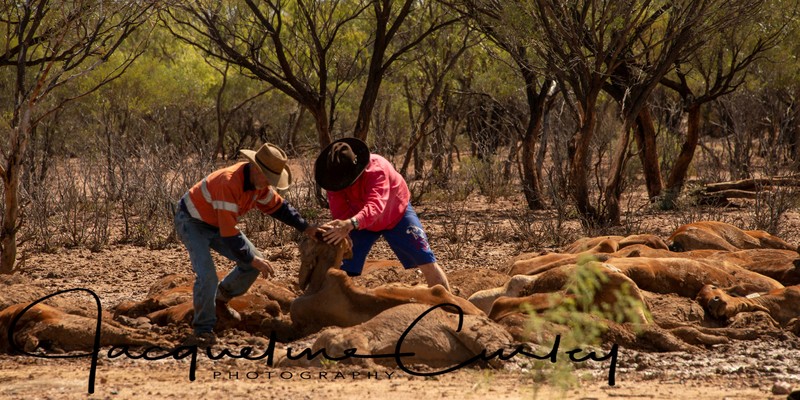 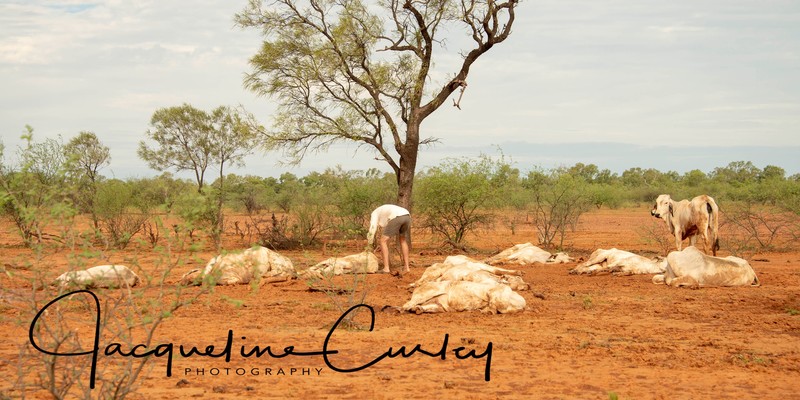 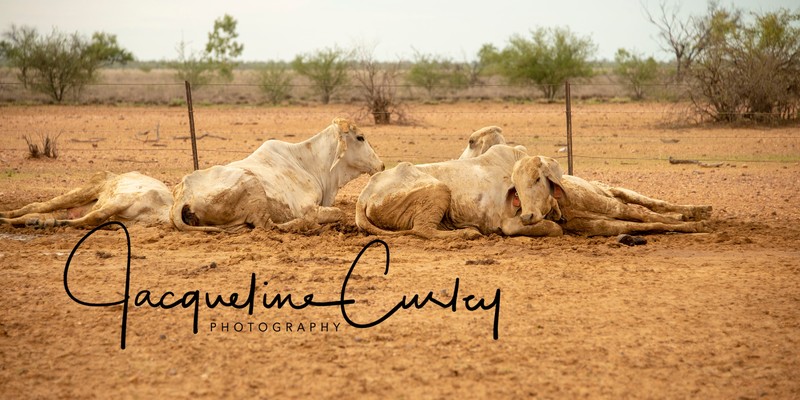 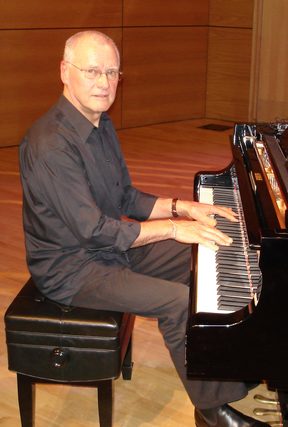 Terry Crayford is a jazz pianist who began his career in 1951. As both pianist and bass player, he has toured and recorded with high profile local and overseas jazz stars including Barbara Windsor, Reg Varney, The Seekers, and Bruno Lawrence. Crayford has also accompanied UK sax player Ronnie Scott, jazz trumpeter Wild Bill Davison, American sax player Scott Hamilton and Count Basie's vocalist, Jimmy Witherspoon. Crayford and his son, acclaimed pianist Jonathan Crayford, are to play a repertoire of music on two concert grand pianos in Wellington on March 8 and 9, details here.