A writer, a feminist a journalist and a political lesbian, Julie Bindel has been involved in the global movement to end violence towards women and children for four decades.

She’s co-founder of Justice for Women and her most recent book is the Pimping of Prostitution: Abolishing the Sex Work Myth, in which she argues for the eradication, not the legalisation of prostitution.

She attends to the big issues of feminism and perhaps those regarded by some as not so big, for example in a recent column she urged feminists to ditch the make-up bag.

She recently wrote an editorial in The Independent entitled Come on feminists, ditch the makeup bag. It's a far more radical statement than burning your bra.

She is not in the business of judging, she told Kim Hill. 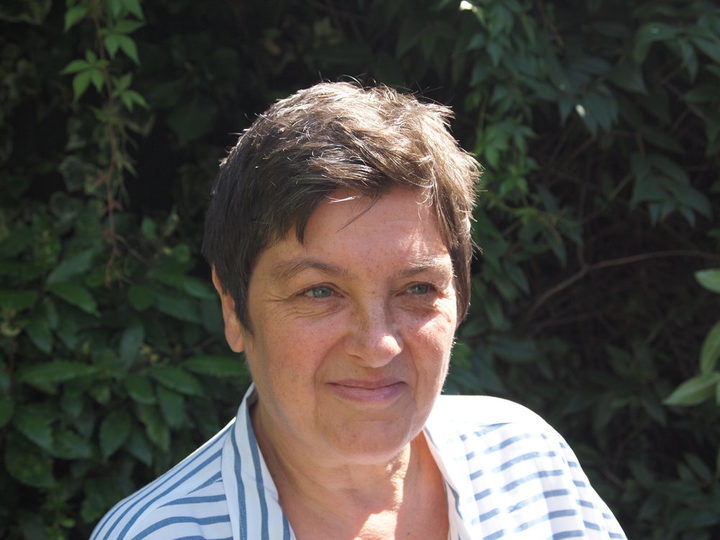 “I’m not judging women for wearing make-up, I don’t judge women for colluding in their own oppression, because that’s exactly how patriarchy works."

The oppression of women she says, operates differently to racism for example.

“For women our oppression plays out very differently, because we are required to love our oppressors, to have sexual relationships with them, to give birth to them and to have lives entwined within a patriarchal structure.”

Make-up, she says, is part of that construct.

“What is that part of? Is it part of the fact that women are told that we are not good enough? That we have to somehow present ourselves as sexual beings? As fake personas?"

She rejects the notion that if women choose to wear make-up, to present themselves to the world in a certain way, then that in itself is a feminist act.

“Which is complete bullshit. Of course women have the right to choose what they want to do, the life choices that they make, it’s not feminism … feminism is a collective movement to overthrow the oppression of all women.

“And I’m not so bothered about women climbing the ladder or the glass ceiling as I am about the women in the basement, the woman who are at the bottom of the pile. If we don’t look for the liberation of all women from the most disenfranchised to the must privileged all of whom are affected by patriarchy then we’re not feminists.”

Strength does not equate to feminism, she says.

“Beyonce is brilliant, talented, strong, amazing - but she’s not a feminist because she’s a strong woman.

“Margaret Thatcher, our previous Conservative prime minister, who did more to erode the rights of women and other oppressed minorities than many other prime ministers in the UK was a strong formidable woman, but she wasn’t a feminist.”

Her book calls for the abolition of prostitution, and she says New Zealand’s decriminalised model is a mistake.

“If you look at the prostitution contract; men know that women do not want to have sex with them on any mutual grounds or money wouldn’t be exchanged; the coercion is the money.

She says believes the New Zealand model strengthens brothel owners and their clients.

Beyonce is brilliant, talented, strong, amazing, but she’s not a feminist because she’s a strong woman.

The so-called Nordic model takes a different, and better approach she says. It criminalises the customers, but not the sellers of sex.

And since its introduction in Sweden, support for the law is rising, she says.

“In Sweden for example 80 percent of the general public, as one survey found, support the law, the police do - most police officers didn’t in the past, they just thought ‘hey what are the Johns doing wrong? Let’s just arrest the women who are like vermin on the street.’”

It has changed what’s regarded as normal in the countries that have taken a prohibition approach, she says.

“Generations of boys are growing up being told it’s not cool to pay for sex, get yourself a real date, this is actually a human rights violation.”

She also wants to see the end of gender, she told Kim Hill.

“Biological sex is a thing and obviously there are biological differences, although fewer than people think, between men and women, but gender is totally different from sex, gender is something that is imposed upon girls and boys."

Gender is a kind of trap for women, she says

“Gender is something that curtails our freedom and we of course want to get rid of it as feminists because it’s not a material reality, it’s sex stereotypes.”

Julie Bindel is a journalist, writer, broadcaster and researcher. She has been active in the global campaign to end violence towards women and children since 1979 and has written extensively on rape, domestic violence, sexually motivated murder, prostitution and trafficking, child sexual exploitation, stalking, and the rise of religious fundamentalism and its harm to women and girls. Bindel has authored over 30 book chapters and reports, she writes regularly for The Guardian, New Statesman, and the Sunday Telegraph among others, and appears regularly on the BBC and Sky News. She recently wrote an editorial in The Independent entitled Come on feminists, ditch the makeup bag. It's a far more radical statement than burning your bra.