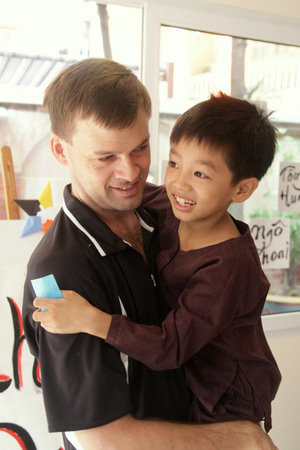 7:35 At the Movies
Dan Slevin reviews 25 April - an animated version of New Zealand's Gallipoli story and Meryl Streep portraying the  'worst singer in the world' - Florence Foster Jenkins. He also talks to the co-director of the Documentary Edge Film Festival - Dan Shanan.

8:12 Nights' Culture - Video Games
Played in stadiums and arenas in front of a huge live audience, with millions watching online at home. It's not the superbowl but team-based video gaming. GamePlanet reviewer Andrew Todd attended a recent E-Sports event in Warsaw.

8:30 Window on the World
Farhana Haider enters the world of Duaripara slum in Dhaka, Bangladesh to meet a group of teenage girls who were married and then abandoned by their husbands before they even reached the age of 16. While in the globalized world of opportunity, many of us are discovering and shaping our identities through new possibilities, others less fortunate are having their identities shaped by circumstances out of their control. Farhana hears some of the girls give intimate insights into who they are and what they think the future holds.

9:07 Our Changing World
Genetic impacts of crop domestication. The shift from hunting and gathering to cultivating crops and livestock was one of the most important developments in human history. Most crops cultivated today were first grown many thousands of years ago, but New Zealand provides an ideal place to look at the early stages of domestication because of its short human history. Veronika Meduna meets Te Papa scientist Lara Shepherd, who's using DNA to explore how domestication has changed genetic diversity in rengarenga.